Photos: Inside the Ongoing Renovation of Robinson Center

by Lee Hogan
Article sent successfully!
We were unable to send the article.

If the massive crane towering over the auditorium didn't give it away, one trip inside the historic Robinson Center Music Hall leaves no doubt: There's a renovation happening.

The 75-year-old auditorium on the western edge of the River Market District is just short of six months into a two-year, $68 million renovation.

Inside, the demolition is in full swing. Most of the seating is gone, or in the process of being removed. The walls are bare. Several piles of trash piles have sprouted across the seating floor and stage.

Toward the south end of the building, a large part of the ceiling is gone — extending almost from the west end of the performance hall to the east end, except for a sliver in the middle — giving way to a large amount of natural light in the daytime.

More: Check out renderings of the renovation here.

There's still plenty of work to be done, too. Gretchen Hall, president and CEO of the Little Rock Convention & Visitors Bureau, said there's still about another six months of demolition ahead, including removal of the concrete floor. That will allow workers to drop the performance hall and stage to the level of La Harpe Boulevard, which runs to the north of the auditorium. The move is designed to enhance the acoustics of the performance hall.

Because of the changes, the auditorium will lose about 500 seats, bringing total capacity to about 2,120.

On the north end of the auditorium, work has begun on the underground utilities and foundation for a new ballroom and conference center. The extension, which will also allow for increased loading capacity, will overlook the Arkansas River.

Other highlights of the renovation include:

Below, a video of the renovation renderings and a comparison of the auditorium before construction started, and its current state. To keep up with the renovation, check out RobinsonCenterSecondAct.com. 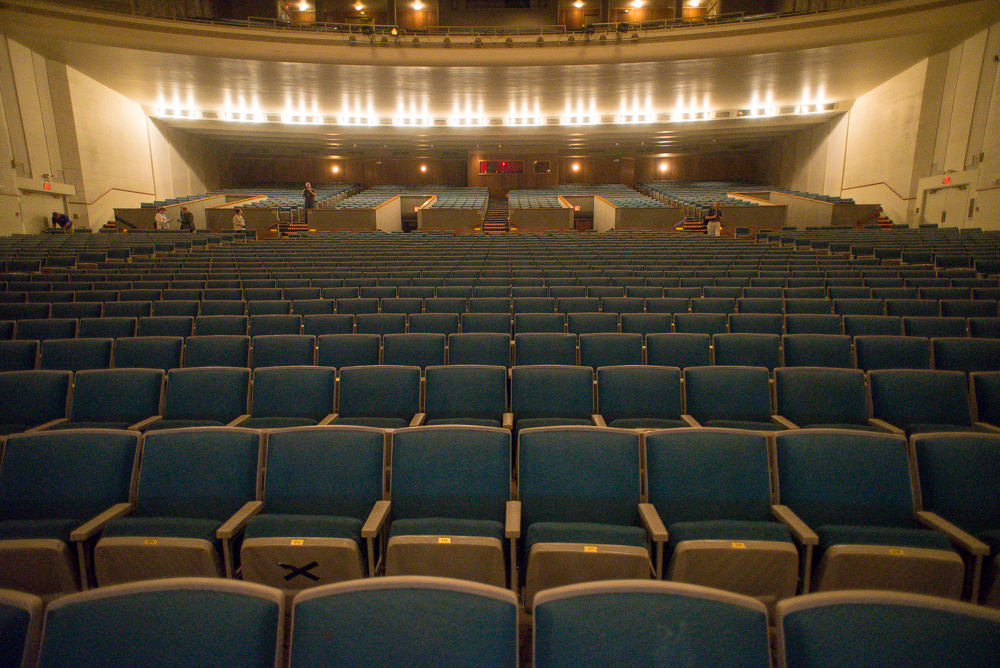 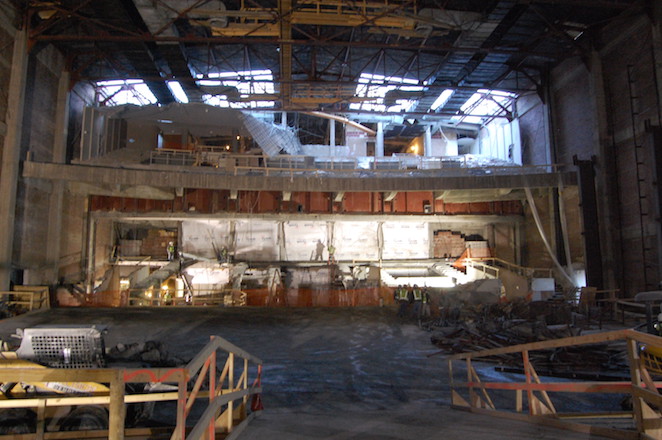