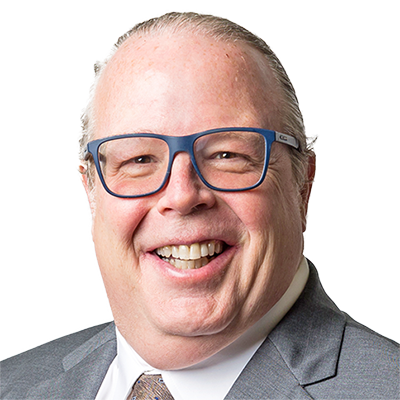 The job applicant had a brilliant resume and precisely the technical skills the company wanted. But when her interviewer asked how she handles conflicts with co-workers, the surefire prospect lost her sizzle.

That was the assessment of Tim Orellano, president of the Human Resources Team, a Little Rock-based consulting firm, playing a hypothetical interviewer. “This is how companies identify people with so-called soft skills, in the interview process,” he said.

“Companies ask behavioral questions, and the interview is key,” said Orellano, who spent years as an HR executive. “An employment application basically tells employers what they want to know; a resume tells them what the applicants want them to know. To find out about teamwork, dedication, flexibility or handling a rude customer, you have to ask questions that can’t be answered yes or no.”

Though soft skills aren’t often listed on resumes, a CareerBuilder survey found that 77 percent of employers find them just as important as hard skills, and 16 percent see them as more important. A 2015 survey of 750 business managers by Instructure, a software company, discovered that most prefer hiring people with strong interpersonal skills and training them in technical areas rather than vice versa. Eighty-five percent listed a strong work ethic as the most desirable attribute in job candidates.

“The best-practice companies are willing to take a hardworking person with people skills and say, yes, maybe you don’t have the experience in a certain area that would be ideal, but we have a training program for you, or they step up in some other way to get that person,” Orellano said, using Southwest Airlines as an example. “They’ll hire more for attitude than just skills. Now, if you’re a pilot, you’re going to need to know how to fly a plane. But if you have a good work ethic and a great attitude, for most jobs they can train you the Southwest way.”

The National Soft Skills Association lists some of the most highly sought-after people skills, including speaking and listening well, excelling on a team and managing conflicts, adapting in changing environments, and working diligently with a sense of self-reliance. LinkedIn evaluated valuable soft skills by analyzing attributes listed by its members who changed jobs between June 2014 and June 2015. The four most in-demand traits were communication, organization, teamwork and punctuality.

Basic traits like good hygiene, regular attendance and punctuality are considered soft skills, but they aren’t the stuff of MBA programs. “We flunk them if they don’t show up,” said Jane P. Wayland, dean of business at the University of Arkansas at Little Rock, laughing at the idea.

In UALR’s MBA program, a boot camp measures communication skills, leadership qualities and critical thinking and works to improve them. On the undergraduate level, UALR’s Career Catalyst program stresses soft skills as one of many job-hunting tools in its resume and interviewing workshops and networking events. It even offers tips on how to dress as a job applicant. “Students come in with different levels of ability. Not all are great or terrible at communication, but everybody does better with some practice,” Wayland said.

Kathleen McComber, who oversaw thousands of employees as assistant vice chancellor for human resources at the University of Arkansas for Medical Sciences until her retirement in June, teaches soft skills in a Webster University graduate course in career management.

“We help students focus on skills associated with behavioral or situational interviewing,” said McComber, now president of the Heart Group, a human resources consulting firm. “Today’s workplace is very complex, and having a job means dealing with people; customer service and the service industry are the big areas. Some prospects find these social situations difficult to navigate, and that’s why businesses are offering courses on teaming, customer service, telephone skills and those sorts of things.”

‘A Double-Edged Sword’
While older workers certainly aren’t known for perfect interpersonal skills — every experienced worker seems to have had colleagues who made sexist comments or threw tantrums with subordinates — younger employees bring a different interpersonal dynamic to work, Orellano and McComber said.

“Technology has become a double-edged sword,” Orellano says. “Millennials have technical abilities you wouldn’t believe, but many would rather text than talk.”

Direct discussion is important, he said, because text messages can lack nuance and lead to misinterpretation.

“Texting rather than talking, even among two people who are sitting right next to each other, I think has hurt teamwork. Talking fosters collaboration and a willingness to learn from one another.”

McComber noted another downside for those raised in the age of computers and mobile devices. “They’re great at short responses, but if they need to state a position, define a situation or describe something in detail, their ability to put that into writing can be lacking.”

Mike Harvey, interim president and CEO of the Northwest Arkansas Council, urges high school students to get into “project-based learning environments where they’re picking up some of the soft skills that all employers want: the ability to effectively communicate with others, problem-solving, working in teams, how to collaborate. All employers want that.”

The council is holding its Northwest Arkansas Workforce Summit on Nov. 7-8 in Springdale, bringing together business leaders, educators and more than 700 students, including sophomores and juniors from every school district in northwest Arkansas, at a Career Exploration Expo. Soft skills will be part of the agenda.

“You have to have good work habits and understand how to work,” Harvey recently told Arkansas Business. “I tell kids that’s the DNA of success. If you have good people skills, you can do just about anything.”

Orellano suggests that job applicants put their soft skills on display rather than putting them on a resume. “I’ll let you in on a secret: People have been known to lie on resumes.”