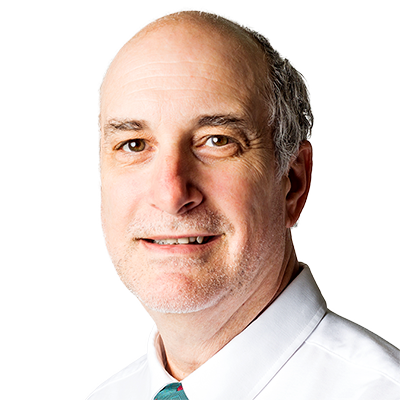 The 1.75-acre development previously was tied to a February 2014 mortgage of $2.8 million held by First Bank of Nashville, Tennessee.

Warehouse Purchase
A 104,000-SF warehouse in Little Rock weighed in at $1.9 million.

The 4.9-acre development was purchased for $328,000 in July 2004 from Alliant Foodservice Inc. of Deerfield, Illinois.

Storage Site Sale I
Land for a mini-storage development in west Little Rock changed hands in a $1.5 million sale.

Construction is backed with a five-year loan of $4.2 million from Citizens Bank of Batesville.

The Clinton family bought the land for $88,000 in August 1974 from Richard and Gertrude Butler.

Storage Site Sale II
A 7.26-acre mini-storage development in west Pulaski County is in motion after an $840,000 land deal.

Markham Park LLC, led by Graham Smith, purchased the site near the southwest corner of Highway 10 and Ferndale Cutoff Road. First-phase construction of 275 units is financed with a five-year loan of $1.8 million from Arvest Bank of Fayetteville.

The seller is Farmers & Merchants Bank of Stuttgart, which inherited the property through the 2008 acquisition of Chart Bank of Perryville.

Chart Bank bought the land for $1 million in December 2003 from Sam Hollowell Jr. and his wife, Barbara, and Herman and Frances Rowland.

The deal is funded with a $705,000 loan from Centennial Bank of Conway.

The land previously helped secure a $3.3 million mortgage held by the bank.

The land was purchased in June 2007 as part of a $3.6 million deal with Sherwood Land Co., led by Steven Deere.

The deal is backed with a five-year loan of $326,675 from Simmons Bank of Pine Bluff.

The 0.59-acre development previously was linked with a July 2006 mortgage of $350,000 held by Metropolitan National Bank of Little Rock.

Jacksonville Project
A 4,000-SF office-warehouse in Jacksonville is under new ownership after a $150,000 sale.

The 0.44-acre location was bought for $40,000 in July 2012 from the North Pulaski Waterworks Public Facilities Board, led by Steve Fikes.

The bank recovered the residence 10 months ago from John and Angelica Rogers at a $1.25 million foreclosure sale.

The house previously secured a February 2008 construction loan with an outstanding balance of more than $1.9 million held by Centennial.

Matt and Jennifer Estes bought the house from Gary and Margaret Faulkner. The deal is funded with a 30-year loan of $556,000 from Morgan Stanley Private Bank of Purchase, New York.

The Brownings bought the 5.3-acre location for $70,000 in February 2003 from William and Cathryn McKinney.

Arbors House
A 4,704-SF home in The Arbors neighborhood of west Little Rock’s Chenal Valley development rang up a $625,000 sale.

The property was purchased for $809,000 in June 2006 from Byron Holmes Construction Inc.

The residence previously was linked with a January 2005 mortgage of $332,250 held by IndyMac Bank of Pasadena, California. The Norahs acquired the property for $365,000 in April 1999 from John and Tracy Criss.

Wellington Abode
A 4,243-SF home in the Villages of Wellington neighborhood in west Little Rock sold for $533,000.

John and Marie Rians purchased the house from Terry Brown.

Mini-Mortgage
First-phase construction of a 1,300-unit mini-storage development in west Little Rock is in motion with a $3.2 million funding agreement.

The 8.12-acre location near the northeast corner of Autumn Road and Financial Centre Parkway was acquired for $748,703 in January 2015 from Iron Horse Estate Partnership, led by Fletcher Clement.