The years weren’t kind to downtown Springdale as economic activity and people moved from Emma Avenue, the once-thriving center of commerce.

While other cities on the Interstate 49 corridor were enjoying growth — including Bentonville’s surge after the opening of Crystal Bridges Museum of American Art in 2011 — Springdale’s downtown seemed lethargic. But in 2014, things took a sharp turn for the better, and city and business officials are determined to ensure that the momentum continues.

A 2014 grant from the Walton Family Foundation led to development of the Razorback Greenway, a trail that runs through downtown Springdale alongside Spring Creek. Later that year, Tyson Foods Inc. of Springdale announced that it would renovate its former headquarters on Emma as the site of a new office complex, which opened last year.

The city put together a Downtown Master Plan in 2015 that called for $20.5 million in improvements in the 675-acre area that Emma serves as a backbone. Last week, Springdale business leaders put together a half-day summit to encourage and support new businesses downtown.

The Invest Springdale Summit, held Thursday at the Jones Center on East Emma, brought together business leaders and entrepreneurs such as CEO Tom Hayes of Tyson, Mike Malone of the Runway Group and CEO Nelson Peacock of the Northwest Arkansas Council as well as numerous entrepreneurs. The summit featured six moderated panels with various experts and entrepreneurs, including one hosted by an Arkansas Business reporter.

The summit was co-hosted by the Downtown Springdale Alliance and the Springdale Chamber of Commerce.

“As we sat around and talked about the momentum that private and public investment has been able to create, you start scratching your head and going, ‘How can we pour gasoline onto this fire?’” said Bill Rogers, the chamber’s vice president of communications and special events. “For us, this event was the best of both worlds. It is a forum for people new to the idea of business or an entrepreneur who might have questions or need help navigating the process. The other side is the people in the room who have the answers, who have the resources and have success at development. You put them all in there and hope some magic juice gets blended in.”

Slow and Steady
Springdale Mayor Doug Sprouse and others disagree with any perception the city twiddled its thumbs while its downtown cratered. Sprouse said events like the summit are about being patient and capturing opportunities at the right time.

Springdale’s downtown may be in the early stages of revitalization, but the growth path is there, he said.

“We know we have a great story to tell and great opportunities in downtown Springdale,” Sprouse said. “Invest Springdale is a great way to showcase that and get information out.

“From a downtown perspective, we are further behind just because it has been years since our downtown was the hub of activity in Springdale. We are playing catch-up a little bit, but we’ve got some unique things that no one else has. We will build on those.”

Rogers said the city’s investment of $6 million in the downtown area helped spur the momentum, in addition to private investments such as those from the Walton Family Foundation and Tyson. City voters recently approved a bond measure that will provide $40 million to build and renovate buildings for the city’s administration and court system. 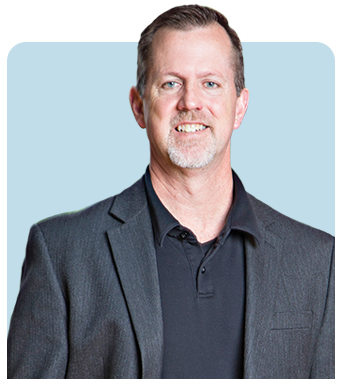 Those developments and Tyson’s relocation of hundreds of workers downtown create the confidence for other investments, which is where summit officials hope to make a splash. Entrepreneurs and developers can hear perspectives from experts, Springdale business owners and investors about the best way to make their ideas work.

“When you do things like Invest Springdale, having these people together that are engaged and are entrepreneurs, innovators, resource providers, chamber folks, municipal folks, industry leaders, it is important because during a half-day session you’re going to meet someone you didn’t know you needed to know,” said Jeff Amerine, a summit panelist and the founder of Startup Junkie Consulting in Fayetteville. “For something like this, it helps you build on all the momentum some of the bigger names have already provided in the revitalization of Emma Street. That creates confidence, and through confidence, other people are speculating on real estate developments, and there are new places to eat and drink down there. All those things begin to capture the same kind of momentum.”

Bigger Than You Think
Springdale’s downtown is the second-most populous in northwest Arkansas behind Bentonville and had nearly 280 businesses in 2017, according to a report by the University of Arkansas’ Center for Business & Economic Research that was sponsored by the Walton Family Foundation.

Amerine said that with Tyson’s corporate presence and the scheduled construction of new city offices, downtown Springdale should be seeing an influx of residential development to house some of the people with jobs in the area. The CBER report, which researched the major downtowns of the region, concluded that stagnant property values and declining prices signal that new investments are still slow for the area.

The report also said that for residential units to increase, downtown Springdale needs a grocery store. It said the region is “poised for growth” because of Tyson and the increase in entertainment venues and restaurants.

Kelly Hale Syer, the executive director of the Downtown Springdale Alliance, said Springdale’s patience will let it learn from other downtowns’ development efforts. The current energy and activity are having a “domino effect,” Syer said.

“As a community, various entities were always looking at who can we attract to downtown Springdale?” Syer said. “As we got more amenities and the infrastructure is under constant improvement, it looked to be a better opportunity for more businesses to consider. As it leads to more development, we’re going to see the right kind of development. It’s going to be really beautiful.”

Amerine said Springdale always had the reputation of being business-friendly.

“But the downtown area had been let go; it historically had been pretty run-down,” he said.

“Now they are realizing this is an international city and a very cool place with a great history going back to the time before Tyson and George’s [the poultry company]. All these things are about confidence.

“Springdale has been very thoughtful about their master plan and now you’re seeing the fruits of that.”