Ted Thomas has faced some tough decisions as an Arkansas utility regulator, but approving a massive $4.5 billion Oklahoma wind energy project wasn’t one of them.

Thomas, the chairman of the Arkansas Public Service Commission, decided May 8 with colleagues Elana C. Wills and Kimberly A. O’Guinn to affirm Southwestern Electric Power Co.’s blueprint for the Wind Catcher project. The plan is to bring power from the nation’s largest wind farm — under construction on 300,000 acres in the Oklahoma Panhandle — to 117,000 Arkansas homes via the state’s existing power grid.

“Some of these regulatory questions are hard, but that one wasn’t,” Thomas told Arkansas Business this month. “You don’t want all your eggs in one basket, so that’s why we want diversity in our sources of generating electricity.”

The PSC heard many arguments for Wind Catcher from Swepco and its affiliated companies, including estimates that construction will create 4,000 direct jobs and 4,400 indirect jobs, and eventually 80 permanent positions in Oklahoma. Swepco, which serves western Arkansas and parts of Texas and Louisiana, will own 70 percent of the project, with 30 percent going to Public Service Co. of Oklahoma, Swepco’s sister utility. Both are subsidiaries of American Electric Power of Columbus, Ohio. Swepco and Public Service Co. will also split the power produced 70-30.

Some blades and components of the project’s 800 mammoth windmills would be made in Arkansas by GE Renewable Energy, the utilities said.

So in an era when the Trump administration is pushing to keep coal and nuclear generation plants open by invoking national security priorities, Arkansas’ regulatory approval of Wind Catcher was a welcome and timely boost for renewable energy supporters.

The project, however, has faced political headwinds in several states, as well as hundreds of thousands of dollars’ worth of negative advertising and public relations campaigns. And it is still in the regulatory approval process in Louisiana, Texas and Oklahoma.

Campaigns against the project that appeared in Arkansas and remain active elsewhere were financed by sources tied to fossil fuel interests and several Arkansas lobbyists, official documents show. (See Following the Money Fueling Opposition to Wind Catcher.) Money for two groups fighting the wind farm, Renewable Arkansas and Renewable Louisiana, came from Americans for Affordable Energy, which is tied through incorporation papers to the controversial Hawthorn Group.

Hawthorn, a Virginia PR firm, is the company that gave Entergy Inc. a black eye last month when the utility conceded Hawthorn had used an intermediary to hire actors to attend public meetings in New Orleans and cheer for a new natural gas-fired Entergy power plant.

Walmart Among Backers
Renewable energy advocates like the Arkansas Advanced Energy Association, environmentalists and businesses like Walmart support Wind Catcher’s 2,000-megawatt wind farm and its 360-mile dedicated transmission line to deliver power onto the grid near Tulsa. But efforts against the project continue in Louisiana, where the next Public Service Commission meeting is June 20, and in Texas, where an administrative law judge’s recommendation to approve the project is pending before the Public Utility Commission.

The project is billed as the largest single-site wind development in the United States, developed by Invenergy LLC in Texas and Cimarron counties in Oklahoma.

Unlike the moribund Clean Line, a wind power transmission project that would have crossed the state with 200-foot-high power lines, Wind Catcher will have no physical manifestation in Arkansas. The Clean Line plan alarmed some landowners with the prospect that their property might be seized through eminent domain.

The gist of the Wind Catcher opponents’ complaint is that instead of bringing smaller electric bills to customers, as predicted by Swepco, the expensive wind farm might stick customers with higher bills, particularly if the already low price of natural gas should plunge.

Opponents also see risks in the project’s reliance on federal Production Tax Credits set to be phased out by the government. The credits reduce the cost of producing wind power, but some observers doubt that utilities will actually realize the $7 billion in ratepayer savings they expect over two decades.

Naysayers to the project also fear cost overruns in construction and the possibility that the wind farm may generate less energy than expected.

But Thomas said diversifying Swepco’s generation fuel mix is a good bet over the next few decades even if gas prices do fall.

Electricity customers may pay a little more for wind power than they would if all generation were gas-driven, but gas-generated electricity will remain a larger part of the mix, he said, and renewables will act as a hedge in case gas prices rise instead. 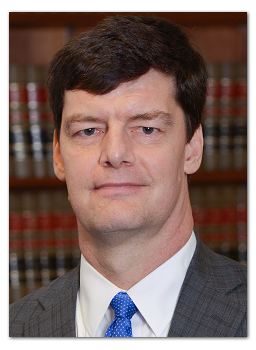 “I think Louisiana will go next,” Thomas said, predicting eventual regulatory approval. “I think it’s an if-you-do-it, we’ll-do-it sort of thing. And I think it will get there, though there are some serious questions. Scale is a big part of this business.”

Thomas described natural gas, which is near historic lows at a price of $3 per million British thermal units, as the benchmark for competition with wind power, but he said Wind Catcher is hardly a case of wind vs. gas. “Even after the wind project takes wind up to the mid-20s as a percentage of the generation source mix, gas will still be in the 30s.

“So if gas prices come down, ratepayers will get some help there, from a third of the generation still being gas. Gas bills also go down, so ratepayers get some help there. The wind acts as a hedge over the decades the project will be viable. I don’t have a dadgum crystal ball to forecast prices.”

Beyond hedging against prices of power-generating commodities, the wind project will also insure against any new federal policy on carbon emissions, which are unlikely in a Trump administration but may not be so far-fetched over the next quarter-century.

“If there’s a federal carbon policy at some point, it doesn’t matter what happens with gas prices,” said Thomas. “It’s a winner, period, because wind is zero carbon. There’s also a hedge benefit [against any spike in natural gas prices], but even with the hedge benefit, on their baseline gas forecast, this wind project lowers system costs. So it’s like free insurance, and that to me is what made the decision easy.”

Along with state approvals, Wind Catcher must also get a go-ahead from the Federal Energy Regulatory Commission.

“The bottom line is that it’s a good financial deal,” Thomas said. “I view my job as chairman of the PSC … as a risk manager. Our state is in the top five as far as low energy costs, so the status quo is pretty good. We don’t need to start over.

“But Wind Catcher is a risk hedge against volatile gas prices and any federal carbon policy. The main thing that opponents of it missed was this risk hedging and portfolio management aspect.”