For Sale: Benton County acreage linked with a grant kickback scandal that ensnared the president of Ecclesia College, two state legislators and a lobbyist middleman.

No marketing sign is posted on the pastureland adjoining the northern edge of Ecclesia’s rural Springdale campus. Neither is it advertised for sale on real estate listing services.

But the property, bought in 2013 with the aid of kickback-tainted money from the state’s General Improvement Fund, is available for purchase.

New leadership at the private Christian college discussed plans to sell the land and other behind-the-scenes developments while shopping for a new financier this summer.

The resignation of Oren Paris III as college president in advance of his April 4 guilty plea set in motion Ecclesia’s recent brush with foreclosure, its need to find a new lender and the decision to pare its real estate holdings.

Under his agreement with federal prosecutors, Paris is allowed to appeal despite pleading guilty to one count of aiding and abetting honest services wire fraud. His notice of appeal was filed on Sept. 28.

Paris, 50, is scheduled to report to the federal Bureau of Prisons on Wednesday to begin serving a three-year sentence. He also was ordered to pay $621,500 in restitution, the amount of public GIF money that flowed to the private college in the kickback scheme.

Randall Bell was brought aboard to replace Paris as president of Ecclesia in April. His resume is dominated by a nearly 40-year career with the Association for Biblical Higher Education, the source of institutional accreditation for Ecclesia College. 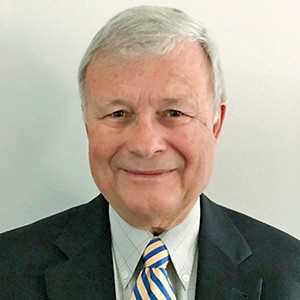 Bell’s appointment marked the first time a non-family member has held the post since the genesis of Ecclesia in 1975. His appointment is described as a two-year commitment to the seven-member board of governance.

Bell couldn’t be reached for comment. Paris succeeded his namesake father as Ecclesia president in 1997.

Expansion of the college’s board of governance is among the new developments in the works. Five new members will be added during the next two years, with the first addition coming as early as this month.

Before Paris’ resignation, three members of the founding family held seats on the board of governance. His mother, Inez, and brother-in-law, Jack Wright, remain.

Ecclesia reported a 2017 fall enrollment of 119 traditional students, and it had 123 this year. More than half of these students participate in the college’s athletic programs. Officials hope to capitalize on this draw by adding cross-country and volleyball to its mix of sports during the next three years.

Ecclesia has operated under heightened cash monitoring by the Department of Education for more than two years since the indictment of Paris et al.

The monitoring arrangement presents cash-flow challenges as Ecclesia now must disburse its own funds to cover student expenses normally covered by federal student aid and then seek repayment from the Department of Education.

On May 5, Ecclesia celebrated its largest graduating class. Forty-two students were awarded 12 associate degrees, 29 bachelor’s degrees and one master’s degree.

Ecclesia officials intend to convert more real estate to cash as part of a balance sheet realignment, too. The plan to liquidate some assets and shed some debt was spurred on by a third May event.

Sandwiched in between graduation and closing the books on 2017-18, a new wrinkle was introduced to Ecclesia’s fiscal picture. Centennial Bank officials decided to sell two loans with a combined outstanding balance of $1.8 million owed by the college and secured by its real estate holdings.

They, along with Randell Shelton Jr., divvied up $267,500 in consulting fees/kickbacks that Ecclesia paid to Shelton at the direction of Paris during 2013-15.

The May sale of Centennial’s two Ecclesia loans brought a new creditor into play: E.C. Funding LLC, a local investment group. College officials weren’t able to negotiate a renewal agreement with E.C. Funding, which sent them scrambling for replacement financing.

One loan matured on Aug. 28 without full repayment, according to court filings. Under the terms of the financing agreement, that loan default triggered a default on the second loan. An Aug. 29 foreclosure lawsuit ensued.

In addition to Ecclesia’s real estate, the loans were secured by the personal guarantees of Oren Paris III and his wife, Cari.

Ecclesia staved off a foreclosure sale by landing a loan of nearly $1.9 million on Sept. 13 from Today’s Bank of Huntsville. In addition to paying off the old debt, the new financial agreement bought the college six months to turn some real estate into cash.

Before the Today’s Bank loan comes due in March, Ecclesia officials plan to sell a 23.2-acre parcel and three residential lots to reduce debt and help build cash reserves.

That parcel, near the northwest corner of Marchant Road and Highway 112, was bought with the help of a fraud-tainted $200,000 GIF grant to the college.

In Ecclesia’s grant application, the acquisition of this property was described as “necessary to provide critically needed space for incoming resident students beginning fall of 2013.” More recently, Ecclesia officials determined the property is not critical to its mission. Real estate records indicate the land was purchased for $675,000.

However, Paris portrayed the purchase as a $565,000 transaction in grant documentation. The $110,000 difference has been described as a donation to nonprofit Ecclesia by the sellers, James and Patricia Hollingsworth.

Marked for future sale is another 2013 Ecclesia acquisition: A 2,339-SF house at 8523 Carrie Smith Road. Bought as part of a $230,000 deal, the rental property is the only college-owned real estate in Benton County not deemed exempt from real estate taxes.

Seeking Transparency
Jim Parsons, former Ecclesia board member and instructor during 2005-15, continues to pursue what he believes should be public information from Ecclesia about its handling of the GIF grants.

His Freedom of Information lawsuit is rolling into its 19th month, and the private college still hasn’t turned over everything he has requested regarding the public money it solicited and spent.

“We want to do some additional discovery before we go into court to present our case,” said Joey McCutchen, one of Parsons’ lawyers. “We’re still pushing forward.”