Rich Anderson was comfortably in retirement after a nearly 40-year career in the nuclear energy industry when Entergy Arkansas came calling.

Chris Bakken, the company’s executive vice president of nuclear operations, wanted Anderson to come take over at Arkansas Nuclear One, Entergy’s two-reactor nuclear generating facility just outside Russellville. Arkansas Nuclear One had found itself in regulatory purgatory after a fatal accident in March 2013, and Anderson was needed to help steer the facility back to good graces.

Anderson was no stranger to recovery jobs. He had worked as site vice president at previous nuclear facilities that were in recovery mode.

He was also no stranger to Arkansas Nuclear One. He had visited and researched the facility in 1994 when ANO was considered one of the best performing nuclear plants in the United States.

“To hear that we had declined to be rated as one of the lowest performing plants in the country, it kind of hurt to hear that,” Anderson said. “I met with Chris and we have very much the same view of leadership style. The thought of doing one more recovery and working for somebody like Chris was a unique opportunity. I decided this would be a challenge to round out my career, to be able to lead a station and establish a leadership culture the way I think it should exist.”

Anderson, now 60, took the position of site vice president in September 2016. He had a challenge on his hands immediately — it was why he was brought on board — because the Nuclear Regulatory Commission had placed ANO in “Column 4,” a designation that would mandate intensive inspections and significant performance and safety improvements.

Nearly every nuclear plant in the United States is in Column 1. Column 5 results in a plant being shut down.

“This summer the station was able to exit Nuclear Regulatory Commission Column 4 and return to Column 1 performance,” Anderson said. “We have continued our performance improvements from that. We are trying to teach everyone at the station to continually pursue excellence. Whatever the weakest link is, go after it every day.”

Shelf Life
The first unit at Arkansas Nuclear One went online in 1974 and has an operating license through 2034. Unit 2, which opened in 1980, has its license scheduled through 2038.

Several nuclear power plants have closed in the last decade as they have aged out of economic viability. Entergy Corp. has scheduled shutdowns of nuclear plants in Massachusetts and Michigan and has already agreed to sell the plants after they are decommissioned.

But nuclear energy is caught in a no-man’s land between polluting but cheap coal, super cheap and cleaner natural gas and budding environmentally friendly and fuel-free sources such as solar and wind power. Nuclear plants don’t emit carbon into the atmosphere, but they do produce nuclear waste.

A nonfatal, non-radiation leak at the Three Mile Island reactor in Pennsylvania in 1979 caused a complete shutdown of new nuclear power plant construction from 1980 to 2012.

When the Nuclear Regulatory Commission put ANO in Column 4, the Arkansas Public Service Commission had a decision to make. It could start to wean the state off nuclear power or it could help extend its life with financial support.

The latter “was pretty much the choice that we made,” PSC Chairman Ted Thomas said.

While some nuclear plants are closing or have closed at about the same age as Arkansas Nuclear One, there are no set age restrictions on a nuclear plant. Much like an automobile with a well-maintained engine, ANO could conceivably be efficient for decades to come.

“Given nuclear power’s ability to run reliably and the investment in the plant like we have been doing in the last couple of years and the support of the utilities commission, I think ANO is positioned very well to run for the foreseeable future,” Anderson said. “The plant is in very good shape. We continually upgrade and replace equipment — piping replacement, motors, pumps during every operating cycle and outage to ensure the equipment continues to run at a high level. It must be reliable for the plant to stay online.”

‘A Diverse Portfolio’
Thomas said he believes nuclear energy will and should play an important part in the electric grid for the state for many years. ANO contributes approximately 70 percent of Entergy Arkansas’ electricity production, but even Entergy Arkansas has invested in solar production recently.

“That’s 70 percent of Entergy Arkansas production which protects us from gas price volatility and future carbon policy at the federal level,” Thomas said.

Thomas said potentially new, more promising nuclear technology under research might make nuclear energy a more vital source by the middle of the next decade.

He believes it is important for the PSC to encourage diversity of fuel sources to best serve the Arkansas consumer because natural gas prices may not always be low and renewable energy may not always be readily available.

“Right now we have low gas prices because of fracking, and the cost of renewables has come down significantly,” Thomas said. “We have a winning ticket no matter which way the prices go. We want to watch all of these horses. That is our classic role.

“We work with [energy producers] to manage the fleet composition so we have a diverse portfolio instead of putting all our eggs in one basket and betting prices will go in a particular direction.”

The alternatives make more sense, though, said Glen Hooks. Hooks, the director of the Arkansas Sierra Club, said more than 270 coal-burning plants have closed nationwide, and expanding solar and wind capabilities is smarter and safer for communities and the environment.

“Our biggest coal burners are starting to turn to clean energy in a really big way,” Hooks said. “It’s not just an environmentalist dream or green fantasy. It is actually happening and it is being driven largely by our traditional coal-burning utilities.

“It’s true that nuclear energy does not emit carbon dioxide or other traditional greenhouse gases. But neither does solar and neither does wind, and both of those sources are significantly cheaper. ”

Cause for Shutdown
Nuclear energy isn’t without risks, as famous deadly accidents such as Chernobyl in 1986 and Fukushima Daiichi in 2011 prove.

Hooks said nuclear power should be phased out because it is expensive and the stores of spent nuclear fuel are piling up. As with other nuclear power plants in the United States, ANO stores its spent fuel on site.

“That is a pretty significant danger to communities across the United States,” Hooks said. “We have alternatives that are better and they are cleaner, like solar and wind. Our policy is we should go with fuel choices that are cheap and clean and safe for communities rather than ones that are expensive and dangerous.”

Anderson said ANO’s nuclear fuel storage is safe. The spent fuel is placed in canisters that are rated well above the standard to withstand natural disasters or other cataclysmic events.

“I do think there needs to be a different long-term solution to high-level waste,” Anderson said. “The technology is available, but it’s more of a political question.” 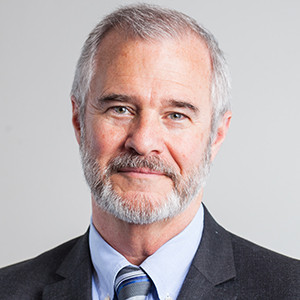 The accident that landed ANO in regulatory trouble happened on March 31, 2013, when, during a refueling of Unit 1, a temporary crane snapped and dropped a 525-ton generator stator. The generator part caused collateral damage to the facility and falling debris killed a 24-year-old worker, Wade Walters.

The accident caused Unit 1 to be shut down for six days and Unit 2 lost off-site power temporarily. Investigators made two “yellow findings,” designations indicating reduced safety margins. One was specifically related to the accident and the other a result of more than 100 substandard flood-prevention features.

The Nuclear Regulatory Commission rates problems on a green-white-yellow-red metric. The NRC investigators also flagged a white finding because of an unreported, unplanned shutdown of Unit 2 in 2014.

“From a safety standpoint, there are many redundant systems that ensure that the plant can be started up, shut down, maintained safely, shut down safely either automatically or by the operators,” Anderson said.

“If you take the reactors across the world, there are thousands of safe operating years. The industry has proven that level of safety, notwithstanding the few events that you notice.”

The Future
After ANO landed in Column 4, Entergy Arkansas and ANO officials realized that part of the problem was understaffing. Anderson has overseen the hiring of 150 workers since 2016; the facility now has more than 1,000 full-time workers and as many as 1,500 workers are contracted for heavy maintenance tasks such as refueling.

“Hiring people the last two, three years restored us back to industry medium on staffing [so we were] able to do all the performance improvement things we needed to do,” Anderson said.

During its time in Column 4, for example, the facility was inspected by more than 25 inspectors, work totaling thousands of hours in one year alone.

“When you’re in Column 4, you have much increased regulatory scrutiny,” Anderson said. “You’re having to commit resources to track the actions you’ve committed to and under the regulatory action letter. We had 161 actions we committed to complete within that two-year period. Completing those actions like we said we would allows us to close that order, reduce that oversight back toward normal.”

Now, Anderson said, ANO can focus on its mission of meeting the energy needs of its customers. He acknowledges the growth of solar and wind but believes there should always be a place on the grid for nuclear energy.

“Each of those other power sources has some limitations or drawbacks with availability around the clock or weather or are dependent on storage,” Anderson said. “It’s impossible for me to predict the future fuels market and what happens with fracking or natural gas or coal or oil, but, from the viability of a nuclear standpoint, the nuclear plants are already here and we understand the technology and what it takes to run them reliably for the foreseeable future.

“It needs to be part of the energy mix for the foreseeable future.”