Central Arkansas Water is winding down its decade-long acquisition of property to safeguard one of the largest sources of drinking water in Arkansas. Those efforts have produced $36 million worth of transactions to date, with a couple more in the pipeline.

“We’re in negotiation with several property owners that would fulfill that,” said Tad Bohannon, chief executive officer of CAW.

To date, CAW has acquired about 3,750 acres around Lake Maumelle as well as the lake’s namesake source, the Maumelle River. All told, the water utility owns nearly 11,000 acres in Pulaski County, not counting 8,900 acres covered by Lake Maumelle and contained within its 70-mile shoreline.

“The more watershed we can own, the better the water quality,” Bohannon said. “But then it’s a matter of finding out a way to finance that and not encourage land speculators.

“We’re not interested in buying land from speculators who are trying to flip property to us at an exorbitant price. There are property owners that appreciate our mission and look to sell to us.”

A change of ownership at Deltic Timber, courtesy of acquisition by Potlatch, led to a $3.6 million deal in August for 386 acres. The land is on the south side of Highway 10 off West Hundley Road between property owned by CAW and by the Arkansas Game & Fish Commission.

“Property on the south side of the lake is always going to pique our interest because it’s more easily accessible, more developable,” Bohannon said. 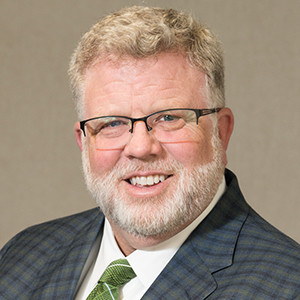 The new property is scheduled to undergo its first prescribed burn during the next three years as part of CAW’s burn-thin-burn regimen to reduce silting in the lake.

The process clears out underbrush as a safeguard to wildfire before thinning out the trees through selective cutting to open the canopy and build up more ground cover to better stabilize woodland soil against erosion.

Land acquisitions are funded by a monthly land conservation fee of 45 cents per meter paid by water customers. The fee generates about $1 million yearly, and the CAW Board of Commissioners is considering increasing that fee based on ratepayer requests.

The move would speed up a reduction in debt service taken on to accelerate land acquisitions as well as support future purchases.

The fee also funds land restoration costs such as the 2016 planting of 44,000 trees on a 140-acre tract once devoted to producing zoysia as part of the Winrock Grass Farm and now owned by CAW.

CAW is considering expanding the hikers-only use on a portion of the Ouachita Trail that traverses its property.

“We’ve been under pressure to open up the 24 miles of trail that goes through the watershed from Highway 9 to Pinnacle Mountain State Park,” said Raven Lawson, watershed protection manager for CAW.

The Geography Department at the University of Central Arkansas in Conway is collecting data on the impact of mountain biking on soil compaction, soil texture, trail width and sediment displaced.

The study area covers a 3-mile portion of the trail that features a variety of terrain and topography that includes rolling upland forest and sandy bottomland with elevation changes up to 50 feet. 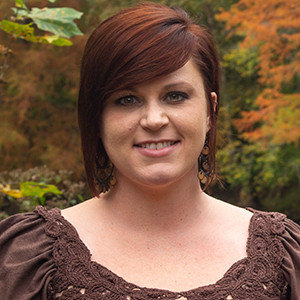 On Oct. 30, CAW opened the trail segment to bikers participating in the nine-month pilot study. If the results indicate a negligible impact, some or all of the Ouachita Trail east of Highway 9 could be open to mountain biking as early as next fall.

A round of public hearings would precede a vote by the CAW Board of Commissioners to decide whether to make any change.

During the next 12 months, work should be completed on a $450,000 project to remove a low-water bridge on the Maumelle River and replace it with an above-water span.

The catalyst for the change on the former Winrock Grass Farm crossing is to enhance the spawning ground of white bass and rid the river of a flow impediment. The stretch of the Maumelle River below the low-water bridge to the lake is a fishing favorite when the white bass are running.

Central Arkansas Water is in the very early stages of evaluating the installation of a floating array of solar panels on Lake Maumelle.

“It’s not a matter of can you do it,” said Tad Bohannon, chief executive officer of CAW. “It’s whether it’s cost effective. We’re exploring solar, not just on the lake.”

If deemed economically feasible, the array would be set up in the non-boating area at the far eastern end of the lake near CAW’s dam site facility.

Installation of a conventional 1.3-megawatt array at CAW’s Jack H. Wilson Treatment Plant in west Little Rock is moving toward reality. No timetable is in place to build the project yet.

The $2.8 million investment is expected to generate power savings that would pay for the project in a little more than seven years.

CAW also is in the very early stages of studying the possibility of building two 4.8-megawatt ground arrays of solar panels. The sites for the would-be projects have yet to be identified.