The response to the news that the Minute Man Restaurant brand was planning a revival couldn’t have been much warmer. It was everything Perry Smith had hoped for and more.

“I was floored by it,” Smith says of the reaction to a news release Jan. 16 that he had partnered with Minute Man Restaurant of El Dorado, owned and operated by Linda McGoogan, to revive the chain. Within minutes, news outlets were proclaiming the return of Minute Man, a return that seemed imminent with three locations in Little Rock and Conway.

“The announcement that we made was really just formalizing the information around the relationship that Linda and I had formed,” Smith said.

“I’m still amazed by it because the reaction on our Facebook page continues to grow,” he said. “We’ve doubled the amount of likes on the page.”

Smith, a native of Arkansas, said he can’t yet name any specific investors but “I do have some people who are waiting right now” for more information about the business plan before getting involved.

The local reaction to the prospect of a revived Minute Man chain had to have cheered Smith, McGoogan, owner of the last Minute Man standing, and any potential investors paying attention. Nostalgia is a powerful force and the love for Minute Man is fierce.

The first Minute Man restaurant was opened at 407 Broadway in Little Rock on May 26, 1948, as a 24-hour coffee shop by Wesley T. “Wes” Hall and three partners. Hall, born in Little Rock, bought out his partners in 1956 — for context, McDonald’s was founded in 1955 — and converted the coffee shop into a fast-food restaurant. 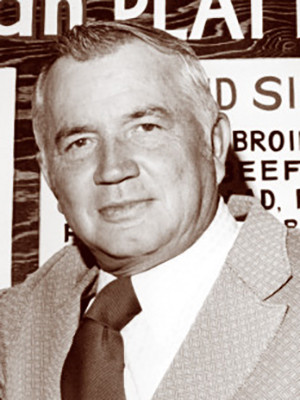 Hall was a pioneer in the fast-food industry. In 1966, for example, he introduced the Big M, a double full-sized meat patty with a special sauce, a year before McDonald’s first served its Big Mac. And in 1975 Hall patented the Magic Meal, a meal for children that came with a small toy. McDonald’s debuted the Happy Meal in 1979.

But Hall’s most memorable innovation, at least for Arkansans who remember the Minute Man brand, was probably the Radar Deep Dish Pie. In 1948 his restaurant had received one of three experimental ovens developed by the Raytheon Co., the Radarange, a forerunner of the microwave. The Radar Deep Dish Pie was a sweet byproduct of that experiment.

At the height of its operation, Minute Man had 57 locations in Arkansas and seven other states. Now, only McGoogan’s, in El Dorado, survives.

Smith, 54, has solid experience as an entrepreneur and restaurateur. He was a co-founder of the restaurant chain Matchbox Food Group, begun in 2001 in the Washington, D.C., area. The first Matchbox restaurant opened in April 2003. He left active involvement in that enterprise in 2012, with the partnership concluding last year, he said.

And before that, Smith was involved in a chain of clubs called Polly Esthers, begun in New York. He “scaled that up through the course of the ’90s,” selling them in 2001, he said.

Smith said he began talking to McGoogan about partnering on Minute Man in 2012-13.

Smith explained the Minute Man investment structure this way: “Instead of us bringing back one restaurant, what we’re really doing is we’re asking people to invest in what we’re calling a ‘basket of restaurants,’” Smith said. “The idea is that they’ll invest in the first three.”

“Maybe nine months into the first restaurant, we will have started or broken ground on the second restaurant at that point, and then subsequently moving on to the third restaurant,” he said. 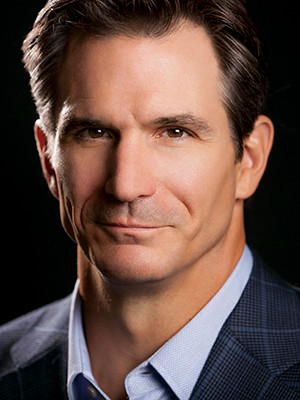 “We made our announcement a little prematurely,” Smith said. “But right now we’re entirely focused on lining up our investors and we’re about to sign a contract with an architect and have a builder,” so they’re working on exactly what a new Minute Man would look like.

As for locations, he said he’d love to open a restaurant in west Little Rock, downtown and then in Conway, where he spent much of his childhood before his family moved to the D.C. area.

Bottom line on timeline: 14 to 16 months, though he acknowledges that is a somewhat aggressive goal.

When he put up the Minute Man Memories Facebook page, Smith said, he was trying to gauge public response to the brand. “Let’s see if there’s a real appetite for this,” he said.

Smith’s initial vision involves reviving the classic Minute Man burgers and fries and the Radar Pies. But “Minute Man was always evolving,” Smith said. “And we have to have more healthful options on the menu,” such as chicken, salads and items like veggie and turkey burgers.

Smith said he’s been following the Little Rock restaurant scene for some time, beginning in about 2012, when he first began considering a Minute Man endeavor. And he liked what Yellow Rocket Concepts was doing in particular with its multifaceted restaurant concepts — ZaZa, Local Lime, Big Orange, etc. “I’m in great admiration of what they’ve been able to do,” he said. “They’re accessible but at the same time they’re exposing people to a lot of different flavors and a different kind of excitement.”

Smith said he’d talked to local restaurateurs like Chris Tanner (Cheers in the Heights, Samantha’s Tap Room & Wood Grill) and Brian Deloney (Maddie’s Place). And he’s visited with Christina McGehee of Boulevard Bread Co. about the Radar Pie recipe. “I drafted her and I said, ‘Christina, we’ve got to get this part right.’”

In addition, Smith said, Wes Hall’s daughters are on an advisory committee for the revived Minute Man.

My strongest Minute Man memory has nothing to do with food, however. It was 1969, and my childhood best friend, Cindy Fluegel, was visiting me in Arkansas with her family from Illinois. Traveling in the car we passed a Minute Man sign, and Cindy or one of her siblings asked what that was all about, “Minute Man.” Her politically aware mother started in on a long explanation about the militant anti-Communist organization Minutemen. (Remember, it’s 1969.)