But the executive director of the commission said he isn’t sure exactly how much.

The North Little Rock A&P Commission is part of a long-running class-action lawsuit involving Arkansas municipalities and A&P commissions against online travel companies over the taxes paid on the retail price of a hotel room.

Last year, Jefferson County Circuit Judge Robert Wyatt Jr. ruled in favor of the municipalities and A&P commissions. In his 32-page order, he said that the online travel companies, which had been keeping a portion of the tax receipts, must remit all taxes collected.

The online travel companies — OTCs — appealed Wyatt’s ruling to the Arkansas Supreme Court, where the appeal is pending.

The lawsuit, filed in 2009, has drawn interest from the Arkansas Hospitality Association, which supports taxing the OTCs, and the Arkansas State Chamber of Commerce. The chamber’s concerns, however, involve the steps taken to decide the case.

For years, the OTCs — which include Hotels.com, Expedia, Travelocity and eight other companies — allegedly shorted tax revenue to Arkansas cities, counties and advertising and promotion commissions because they remitted taxes based on the room price they negotiated with hotels. At the same time, however, they were collecting taxes from customers based on the higher price actually paid for the room and keeping the difference. The OTCs said they didn’t have to pay the accommodation taxes on that difference.

He said tourism in Arkansas has been growing, “so our numbers are going up even without this tax revenue that’s collected and is not paid.”

Arrison said the city of Hot Springs has “no clue” how many rooms have been booked in Hot Springs through companies like Hotels.com. “But I’m sure it’s substantial,” he said. “Look at how many people book through these third-party sites now.”

Thomas Thrash of Little Rock, an attorney who represents Jefferson County, the city of North Little Rock and the Pine Bluff Advertising & Promotion Commission in the lawsuit, said it’s unclear how much the OTCs owe, but the sum could be in the millions of dollars. He said more than 40 cities and 40 A&P commissions are class members, along with 20 counties. And more could be added.

In February 2018, Thrash was preparing to get the information from the OTCs to determine the amount owed when the OTCs appealed Wyatt’s ruling.

Meanwhile, the Arkansas State Chamber of Commerce, concerned about the way the case was decided, filed a friend-of-the-court brief.

“The state Chamber doesn’t have a problem with taxing the OTCs’ margins,” said Matt Boch, an attorney at Dover Dixon Horne of Little Rock and one of the lawyers who wrote the chamber’s brief. “But the State Chamber does have a role in looking for the interests of the broader Arkansas taxpayer community and particularly business taxpayers.”

He said Judge Wyatt made a mistake by flipping the burden of proof and requiring the OTCs to show that they are not subject to the hotel tax.

And in this case, the Arkansas Department of Finance & Administration had determined that the OTCs didn’t owe the tax and issued an opinion letter supporting its decision, the brief said.

“That’s not a good result in terms of sound tax administration,” Boch said. “We also don’t want to see tax administrators broadening their interpretation of tax laws so that they can raise more revenue without having the Legislature go back and change the law.” 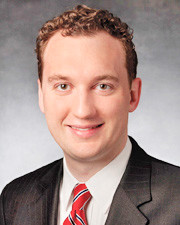 Thrash disagreed with the State Chamber’s argument. “Judge Wyatt looked at [DF&A’s] letter and realized it was just absolutely wrong,” Thrash said. “He determined it was … based on inaccurate facts.”

Keeping the Difference
Claude Legris, executive director of the Fort Smith Convention & Visitors Bureau, said at first it was hard to notice that the city wasn’t receiving the full amount of taxes for rooms booked online.

The OTCs have contracts with hotels to secure rooms at a discounted rate, Thrash said. The OTCs then market those rooms to travelers.

So, for example, if a traveler booked a $100 room in a county that had a 12 percent tax rate, the OTC would collect $112 from the traveler, Thrash said. But the OTC might have paid only half as much for the room and in that case would send the hotel $56 — $50 for the room and $6 for the taxes, he said.

Thrash said that the OTC would keep the rest of the money, including the additional $6 that the traveler believed was tax.

Major, of North Little Rock, said the A&P commission is responsible for its own collection of tax revenue from lodging and food service. The city doesn’t fund the commission, he said.

He said that lodging revenue typically generates about $1 million annually — a figure that should have been rising over the years had it received all the tax money from the OTCs.

To replace the missing OTC revenue, the commission has added revenue from Airbnb, campgrounds, and bed and breakfasts, he said. Major said that last year the city of North Little Rock worked out an agreement with Airbnb to collect and remit the A&P taxes from their affiliates. “But that’s the only online property that we’re getting any A&P [tax] from,” he said.

The OTCs said in their court filings that they weren’t subject to the tax relating to accommodations for furnishing a hotel.

Get The List ►
The Largest Hotels in Arkansas, ranked by number of guest rooms (including suites.)

The OTCs argued “they are merely ‘intermediaries’ who ‘facilitate’ the retail sales of hotels rooms,” and don’t actually furnish the room, so therefore they are not subject to the tax, Wyatt said in his order.

But Wyatt found that the OTCs and the hotels have contracts to define their relationship, “which is much more than that of a ‘facilitator’ or even a ‘broker.’

“It would be simply nonsensical to conclude that the entity that collects the payment from the customer and provides the reservation confirmation, modifications, cancellations, and customer service does not ‘rent, lease, or otherwise furnish’ the room,” Wyatt wrote.

An attorney for the OTCs, Chad Pekron of Quattlebaum Grooms & Tull of Little Rock, said he was not authorized to comment.

‘Uneven Playing Field’
Montine McNulty, executive director of the Arkansas Hospitality Association, fears that hotels will be hurt if the OTCs don’t have to pay taxes on the retail price of a hotel room.

“This would result in an uneven playing field through the creation of two distinct types of tax treatment for identical transactions, involving the same hotel room and the same retail rate paid by the guest,” McNulty said last month in an affidavit prepared for the case. (Last week, the Arkansas Supreme Court denied a request from the municipalities and the A&P commissions to have the affidavit filed in the case.)

McNulty said in the statement that if the OTCs win the case, “such unfair treatment” would lead to tax increases on the brick-and-mortar hotels as state and local governments look to replace the tax revenue lost from the OTCs’ exemption, “further harming an already struggling hospitality industry.”

A ruling on the case could come in late spring or early summer.