As a former champion wrestler, Greg Hatcher tends to think in terms of winners and losers, even when it comes to Obamacare.

The insurance broker and CEO of the Hatcher Agency of Little Rock took stock last week of the ever-embattled Affordable Care Act, the 2010 law that gave millions of Americans access to health insurance but became a “political football kicked around just to score points,” in the words of former Arkansas Surgeon General Dr. Joe Thompson.

Hatcher ran with the metaphor.

“So who won in health care reform?” Hatcher asked rhetorically, noting that a federal judge in Texas struck down the ACA as unconstitutional in December but left it in force as appeals play out. “The hospitals have been winners,” Hatcher said, because more low-income patients have coverage through subsidized insurance exchanges. “There were a lot fewer cases where hospitals didn’t get paid.”

Low-income Americans gaining coverage and patients previously denied because of pre-existing conditions also won, he said. Young adults gained the ability to stay on their parents’ health policies until age 26.

The law also gave states an option to expand Medicaid, putting families above the poverty line on the insurance exchanges. Arkansas was the only Southern state to expand its Medicaid system initially, using Medicaid dollars to buy private health coverage, and it has cut its working-age uninsured rate in half, from 20%-24% to about 12%, Thompson said. The state quickly became a national leader in covering the uninsured.

Bo Ryall of the Arkansas Hospital Association agreed that his members have benefited, but said the real winners are people living longer and better.

“After the ACA was adopted and Arkansas expanded Medicaid through the private option, or Arkansas Works, the state has seen a significant decrease in uninsured patients, and that’s a good thing for hospitals, obviously, but it’s good for the health of Arkansans, for the health of the workforce. People are seeing physicians, having their prescriptions filled and avoiding the emergency room.”

Ryall, executive director of the association, said if the Affordable Care Act were struck entirely, 300,000 Arkansans could lose health coverage, and uncompensated care of nearly $900 million a year would again burden the state’s hospitals. 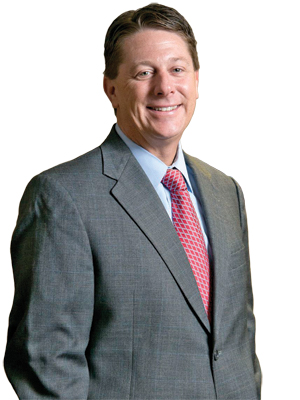 Care for nonpaying patients at the University of Arkansas for Medical Sciences fell from 16% of the hospital workload in January 2014 — when the Medicaid expansion took effect — to 3% last year. Thompson, a pediatrician with a master’s in public health and a mastermind behind Arkansas’ hybrid expansion, is president and CEO of the Arkansas Center for Health Improvement, which he called basically the state’s health policy unit.

Ryall said hospitals will take a one-two punch if the Affordable Care Act is dismantled: At its inception, hospitals accepted reductions in Medicare compensation, money they doubt would be restored.

Hatcher, Ryall and other industry and government observers think some popular elements could survive the fall of Obamacare, once a pejorative term but later embraced by President Barack Obama as a popular term for his signature legislative achievement.

But Thompson warned that declared political support for popular features won’t necessarily save them if Obamacare vanishes. Without the ACA or some plan to replace it, insurers could again blacklist pre-existing conditions and drop dependents from parents’ plans when they finish school, he said.

An ACA repeal would also eliminate a tool for narrowing health disparities between the affluent and the poor, something the law accomplished, according to a 2017 paper by Kevin Griffith, Leigh Evans and Jacob Bor. “In its first two years of full implementation, the ACA improved health care access for Americans in low-income households, people who were not college graduates, and the unemployed,” they wrote. “The law’s Medicaid expansion was responsible for about half of these gains.”

But Hatcher offered the flip side: “Any time you mandate that more coverage has to be offered, and you can’t screen medical conditions, then you know the cost has to go up. You can’t cover more for less.” 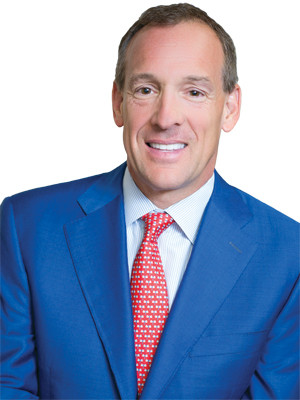 Taxes of about 5% on insurance plans pay for the exchanges and for an entity called the Patient-Centered Outcomes Research Institute, Hatcher said. “The point is we added that to everybody’s premium. We have to pay $63 dollars for every insured life to help pay for the insurance exchanges.”

Far fewer American adults are uninsured now than before Obamacare: 12.4%, according to the biennial Commonwealth Fund Health Insurance Survey. But more people are underinsured, meaning they have coverage but face high deductibles or other costs that restrict care. In Arkansas, however, ACHI Health Policy Director Craig Wilson pointed out, employer-sponsored health insurance premiums have been the lowest or second-lowest in the nation for the past several years.

For all the criticism and vows to “repeal and replace” Obamacare, repeal attempts fell short and Republicans have advanced no real alternatives. With the appeals likely to last a year or more, President Donald J. Trump signaled a willingness to let the issue simmer until after the 2020 election.

Gov. Asa Hutchinson forcefully defends Arkansas Works, which Thompson and Ryall praise for helping keep revenue-strapped rural hospitals open. Since 2010, only one rural hospital has closed in Arkansas, in De Queen (see De Queen Hospital Owner Leaves Sevier County in the Lurch). By contrast, 45 rural hospitals have closed in Texas, Oklahoma, Missouri, Tennessee and Mississippi, which did not expand Medicaid.

Sen. John Boozman’s office told Arkansas Business he wants to keep protections for pre-existing conditions. Beyond that, spokeswoman Sara Lasure offered few specifics. “Senator Boozman supports putting patients in control of their health care decisions by providing flexibility, choice, portability and fairness. He will continue to advocate for solutions that drive down the cost of care and put the needs of patients first.”

James Arnold, press secretary for Sen. Tom Cotton, summed up his boss' position this way: “Obamacare’s fundamental failure is that it has not reduced the cost of healthcare but instead has made healthcare more expensive. Senator Cotton is focused on real healthcare reform that reduces the cost prescription drugs, ends surprise medical billing, protects patients with pre-existing conditions, and increases price transparency to lower premiums for Arkansans.”

Hatcher predicted that popular provisions will survive even if Obamacare is doomed. “If all this went away, I don’t think they would take away the no pre-existing conditions or the dependents on their parents’ plan to age 26. You can’t easily take something away from people once you give it to them.”

But wishing away the ACA without a backup is “risky,” Thompson said. “Arkansans could lose coverage, and treatment of chronic conditions would stop. It’s easy to express support for people with pre-existing conditions, but there has to be a political vehicle to keep those protections in place.”

Reluctant employers found ways around the ACA’s requirement for employers to offer “affordable” health plans, Hatcher said. “Say you’re an employer who doesn’t want to provide coverage. The definition of ‘affordable’ is a plan that costs less than about 9.5% of income. There’s a limit on how high the deductible can be, and that is $6,700. So if you make $7.50 an hour and you’re offered health insurance costing you nearly 10% of that, and you have to meet a big deductible, are you going to buy it? Nobody buys it, but the employers have fulfilled what they have to do, and those individuals have to go and get insurance on the exchange.”

Hatcher’s not sure if insurers won, lost or tied in the Affordable Care Act game, though he said it’s a different equation for insurers offering plans on the exchanges: They gained customers.

“Insurance carriers, who opposed the legislation for the most part, are selling higher premiums, but there’s a big ‘but,’” Hatcher said. “They’re limited to 15% of the premium they can keep for administration for groups above 100 and 25% for groups below 100.

“So insurers aren’t having fun selling the higher premiums, and it’s hard to tell if they really benefited or lost, because there’s a lot more regulation there.”

“We drastically reduced the number of uninsured Arkansans, and gave access to people who had little health care, many deep into adulthood,” she said in a telephone interview.

“It has been great for the health of our state’s workforce, and it’s given relief from uncompensated care to our hospitals during a time when rural health is straining. These people know it’s important to have a local hospital for basic services.”

With the Affordable Care Act in court and progressives in Congress backing single-payer health care for all, uncertainty is the only certainty, she said. “We don’t have a crystal ball either, but amid all the political rhetoric that has gone back and forth for years, we’ve also seen a recognition of very good things in the Affordable Care Act.”