Protecting customers from overdrafts, a standard service provided by most banks and credit unions, can also be a lucrative revenue stream.

Overdraft fees are noninterest income, a growing factor for banks as interest rates stay relatively low and stable. Most banks charge about $30 for an overdraft — when a purchase is made and funds in the account are insufficient to pay for it.

Arvest Bank, with $18 billion in assets at the end of 2018, reported more than $90 million in overdraft fee revenue. This seems to be more a product of Arvest’s size since its standard overdraft charge of $17 is by far the lowest among the state’s biggest banks.

The $90 million is also less than 18% of its total noninterest revenue of more than $506 million. Arvest Bank officials declined to comment on it.

The highest percentage of overdraft income was reported by Southern Bancorp Bank of Arkadelphia, formed 30 years ago to provide services to lower-income and rural Arkansans.

The bank reported overdraft income of $3.7 million, 39% of its total noninterest income of $9.5 million. Its individual overdraft fee is $31.50.

Centennial Bank of Conway has not reported overdraft fees, but Director of Investor Relations Donna Townsell said that would change with the call report for the quarter that ended June 30.

Banking officials said that noninterest income is important, but larger banks such as Arvest have the resources to diversify their offerings. Even though Arvest has a low overdraft fee, it still generates an enormous revenue stream because of its high number of accounts.

Williams said Southern Bancorp focuses on increasing technological efficiencies to cut reliance on noninterest income, which is already just one-quarter of the bank’s revenue, Williams said. Banks will have to deal with customers looking for low- or no-fee services, too.

“The noninterest income banks receive is important for the service we provide,” Williams said. “They are important, but they have to become less important over time.”

Gary Head, a former Fayetteville president of Arvest who now runs Signature Bank of Fayetteville, said overdraft coverage is an important service, even if he wishes it were used less often. The Consumer Financial Protection Bureau reports that 8% of consumers are responsible for 75% of overdraft charges.

“It is hard for me to encourage someone to do something that isn’t financially smart, which is writing overdrafts,” Head said. “I don’t try to drive that truck too hard. If you make a mistake, I’m going to cover for you and you’re going to pay for it, but I’m not going to tell you that is a really smart way to manage your money.”

Williams said Southern Bancorp works with individuals and businesses that have overdraft issues to help correct any long-term problems. Williams said he doesn’t want to see customers caught in the “debt trap,” deepening their money problems by trying to catch up with bank fees. 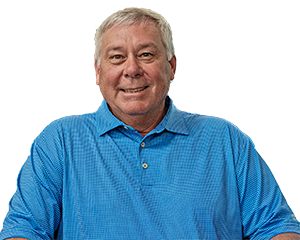 Signature Bank CEO Gary Head talks about how his company overcame a bursting bubble to going public with earnings over $5 million in this week's cover story.

Head called it a balancing act for banks. The service can be a convenience for customers, but it’s not free for banks.

“Either people who are a little bit reckless or people who are on the edge of going broke write a majority of those overdrafts,” Head said. “I’ve been in banking for 36 years and I’ve seen checks written for $8 for a hamburger at McDonald’s that now costs $30 extra. You’ll never catch up if you continue to get popped with overdraft fees.

Head said his bank made $600,000 on overdraft fees last year, about 14% of its overall noninterest income.

A Matter of Options

Head said his and many other banks offer other noninterest services, including investment and insurance products. It is easier for a larger bank to diversify.

“Banks are always looking at options for noninterest incomes; the larger banks have different arms that do different things,” said Jon Harrell, CEO of Generations Bank and the chairman-elect of the Arkansas Bankers Association. “We rely on nontraditional sources of income that community banks rely on, with overdraft protection being a piece of it.”

Generations, with $521 million in assets, is not large enough to be required to report its overdraft income.

Simmons Bank of Pine Bluff, the state’s third largest with $18.5 billion in assets, is the big bank with the smallest percentage. Its $5.5 million in overdraft income is a 3.6% drop in the bucket of its $152 million in total noninterest income.

“Our overdraft strategy is in line with FDIC best practices, and we are sensitive to having a fair practice in place for our customers, offering various account options to help them avoid these fees.”

Harrell said the overdraft service is a convenience for many customers, and Generations waives its $30 fee for small overcharges.

“We don’t want to overload someone with a debt burden they can’t handle,” Harrell said. “We view it as a service we provide our customers and we deserve to be compensated for it. It isn’t a necessity but it is certainly cheaper than some of these check-cashing establishments. They can really put someone in a bad spot.”

*Dollars in thousands
**Basic fee charged for a consumer overdraft
†Banks that do not offer overdraft protection are not required to report overdraft fee income.
#Does business in Arkansas as Bank of Arkansas
Source: Federal Deposit Insurance Corp. call reports for Dec. 31, 2018.