by Josh Simer
Article sent successfully!
We were unable to send the article.

For public charities receiving donations from individual donors, now is a good time to review the language used to describe the tax consequences of these donations.

The deduction allowed for donations to public charities is well-known and is held in high regard in the U.S. tax system. While the exact language varies from charity to charity, most of these organizations describe themselves on their websites as qualifying 501(c)(3) organizations and offer some statement regarding the tax implications of donations.

In describing the tax consequences of gifts, the language again varies from charity to charity. Conservative examples include phrases such as “may be eligible for tax deduction,” “deductible to the full extent of the law,” and “consult your tax adviser.” Charities using language I’ll refer to as less conservative generally use some variation of the phrase “donations are 100% tax-deductible.”

Donors reading the less conservative language may believe they are guaranteed a tax deduction for their donation. Language like “100% tax-deductible” might even lead donors — especially those with limited understanding and knowledge of our tax system — to erroneously believe their donation will reduce their tax on a dollar-for-dollar basis. The role of public charities in educating taxpayers on tax matters is obviously limited, but these organizations are certainly motivated to avoid using language that might make a donor feel misled — a feeling that might reduce or eliminate future donations.

To address why donations might not be deductible for all taxpayers, some discussion of tax law is necessary. Don’t worry, I’ll keep it brief.

So donors making “tax-deductible” donations to public charities do not actually and specifically deduct those amounts contributed unless their total itemized deductions exceed their allowable standard deduction amount. For most individual taxpayers, the standard deduction is greater. The last Internal Revenue Service release of filing season statistics for the 2017 tax year revealed fewer than 32% of individual taxpayers elected to itemize deductions on their returns.

This is not a new revelation. This has been the case for many years. And it means that for many years, most taxpayers making donations to public charities did not actually and specifically deduct those donations on their tax returns.

But something happened in late 2017 that you probably heard about. President Donald Trump signed the Tax Cuts & Jobs Act of 2017 into law and, among many other changes, the standard deduction amounts approximately doubled for the 2018 tax year and beyond.

We knew this would expand the already-present majority of taxpayers choosing the standard deduction over total itemized deductions, but actual data has only become available within the last few months. Early filing season statistics released by the IRS for the 2018 tax year reveal the percentage of individuals electing to itemize deductions has fallen to less than 10.4% for tax returns filed at the time of the report. Stated differently, only 1 out of every 10 individual taxpayers in the U.S. will file a tax return for the 2018 tax year that includes itemized deductions. We have every reason to believe that number will remain approximately level without another tax law change from Congress.

So, again, perhaps now is a good time for public charities to reconsider the language used to describe the tax consequences of donations and consult their attorneys and tax advisers for guidance before making any changes. If only 1 out of 10 individual taxpayers will itemize and have the ability to deduct donations, statements asserting that donations are “100% tax-deductible” might be interpreted as misleading or even unethical.

Can charities argue in the case of non-itemizing donors that the deduction for charitable donations is effectively built into the standard deduction? Sure. It would not be an unreasonable argument. I doubt, however, it is an argument public charities want to make to donors complaining about the fact that they weren’t actually able to deduct last year’s donation on their tax return. 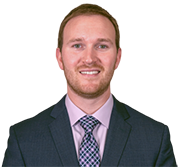 Josh Simer is an instructor of accounting at the University of Central Arkansas College of Business. Email him at JSimer@UCA.edu.