A Washington County judge offered Levi Crowe a choice in 2016: a drug recovery program or jail.

It was an easy choice, but Crowe had no idea that recovery would include working full time for no pay.

The Garland County man wound up in the care of DARP Inc., a nonprofit based in Tahlequah, Oklahoma. DARP offers drug and alcohol recovery services at its 60-bed facility in Decatur (Benton County) and requires participants to work full time for the duration of the program, at least six months.

If the residents, who are provided room and board, don’t work, they could return to court and land in jail.

Crowe, like other residents, ended up at Hendren Plastics Inc., a plastics plant in Gravette owned by state Sen. Jim Hendren, R-Gravette. There Crowe worked about 40 hours a week or more without getting paid. Instead, Hendren Plastics paid DARP for the participants’ work; the residents got none of the money.

In 2017, DARP residents sought a class-action lawsuit against DARP and Hendren Plastics, alleging the residents were entitled to minimum wage and overtime pay. DARP argued that the residents weren’t employees and weren’t subject to the Arkansas Minimum Wage Act.

DARP “essentially functioned as a staffing agency,” said attorney Tim Steadman of the Little Rock law firm Holleman & Associates. He and his firm represented about 175 members of the plaintiff class. Hendren Plastics paid DARP for the work the residents did “at a lower rate than Hendren could buy it for on the market. … DARP gets all the money from this arrangement,” Steadman said.

U.S. District Judge Timothy L. Brooks agreed with the DARP participants in a September order, holding that DARP and Hendren Plastics “were businesses that manipulated the labor market and skirted compliance with the labor laws for their own private ends.”

“We were very disappointed in the decision and surprised by the decision,” said Timothy Chad Hutchinson, Hendren’s cousin and an attorney at RMP LLP of Springdale, who represented Hendren Plastics. “We fear that the decision will have wide-ranging negative effects in the state, mostly for employers and for criminal defendants who are looking for an alternative to jail.”

DARP and Hendren Plastics said the program has improved the lives of the participants.

Jim Hendren, nephew of Arkansas Gov. Asa Hutchinson and president pro tempore of the state Senate, told Arkansas Business last week that his company stopped participating in the program after the suit was filed in 2017. “I think it’s tragic,” he said. “Many of [the DARP residents] said it’s the first time they’ve been given an opportunity and a chance for a real job, but that program has just been completely decimated by these lawsuits — or will be.” 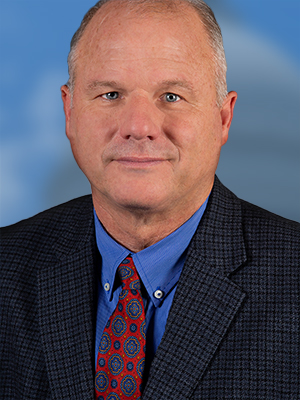 Others supported Judge Brooks’ decision. The ruling was “sound, given the rest of case law,” said Noah Zatz, a professor at the UCLA School of Law.

“The critical feature seemed to be that people were doing work that was productive and valuable like other workers who would ordinarily get paid,” Zatz said. He specializes in labor law and researches programs like DARP, which stands for Drug & Alcohol Recovery Program.

“And, in fact, the companies that were benefiting from that were paying for it, but that money was being collected by the recovery program and not being passed on to the workers,” Zatz said.

He said it makes no difference that participants entered the recovery program through a court order. “They were working for an ordinary private company doing work that other people get paid to do,” Zatz said. “It’s not surprising to see this result.”

The DARP case shines a light on the practice of requiring residents in a treatment facility to work at a private company without pay. “Unfortunately, it seems like it has become somewhat of a common occurrence,” said Steadman, the plaintiffs’ attorney.

“Nelson is not a licensed recovery professional; he is a convicted sex offender,” Steadman wrote in the lawsuit, filed in Union County Circuit Court for the plaintiff, Reginald Fielding of Louisiana. “And instead of receiving counseling and treatment, Fielding and the other program participants are simply put to work at Nelson’s cattle ranch, restaurant, lodge and youth camp for no pay.”

Fielding, who is seeking class-action status, is suing for failure to pay minimum wage and also named Wilderness Deliverance Camp, which MEI operates, as a defendant.

Nelson told Arkansas Business that the allegations in the lawsuit were false. He declined to comment further.

Also pending in federal court in Oklahoma is a case involving similar allegations against the drug rehabilitation services company CAAIR Inc. of Jay, Oklahoma. In that case, the program participants were sent to work for Simmons Foods Inc., the poultry producer headquartered in Siloam Springs.

In court filings, both CAAIR and Simmons Foods have denied allegations of wrongdoing.

DARP was founded in 2001 “with the vision of helping the suffering alcoholic/addict who had a desire and willingness to try and turn their life around,” according to one of its documents filed as an exhibit in the class-action case.

DARP said it wouldn’t charge participants money for the treatment, but they are expected to work at full-time jobs knowing they won’t receive “any immediate financial compensation for their work.”

Participants who successfully complete six months in the program receive a $500 stipend, it said.

“It’s not a cash-cow operation,” the attorney for DARP, William Putman of Fayetteville, told Arkansas Business.

If the U.S. Court of Appeals for the 8th Circuit upholds Judge Brooks’ decision, Putman said, it would effectively put DARP out of business because it couldn’t afford to operate.

He said DARP’s business model is only sustainable if the participants’ wages are paid to DARP to offset the cost of operating the program.

“DARP’s claim that its business model is the only viable one for residential substance abuse programs is unsupported by any evidence, financial or otherwise,” Brooks wrote.

Hendren told Arkansas Business that he didn’t remember exactly when his company started working with DARP.

“We did this solely at the request of the drug courts, … with the desire to be a good corporate citizen,” he said. “I don’t believe in locking people up and throwing away the key for nonviolent drug and alcohol offenses.”

Hendren said his company employed between 10 and 15 people from DARP at any one time. “We always tried to take what we could to help the program succeed and to help lives get changed,” he said.

DARP would send Hendren Plastics an invoice based on the hours that the residents worked, and the company paid that sum to DARP. “We certainly weren’t doing it for profit,” he said. “We paid more than the minimum wage for every hour that was worked.”

Brooks, however, found that Hendren Plastics saved money by using DARP residents, “who, in turn, displaced private-sector workers Hendren would have ordinarily paid a higher rate of pay (along with mandatory state and federal taxes and insurance withholdings).”

Hendren said that he thinks other companies won’t participate in drug recovery programs if Brooks’ ruling stands. “We are still hopeful that it will be overturned,” Hendren said. “No good deed goes unpunished, it seems like.”

Once Levi Crowe entered DARP in 2016, he realized it wasn’t a treatment facility, according to his statement in the case. “The most important thing at DARP was working, not treatment or counseling,” he wrote. “If you miss a day of work then extra days are added onto your time at DARP. If you miss multiple days, you would be kicked out.”

Crowe said that if a resident was too sick to work or injured and could not work, “they would be kicked out of the program and sent to jail.”

Steadman said that DARP residents didn’t have any options because of their place in the legal system. “The whole situation is incredibly, in my opinion, abusive,” Steadman said.

He said the participants are given no good option but to enter DARP. “All they’re expected to do is work,” Steadman said. “And that’s really the treatment that they’re provided, is they get to work.”