Where's Solar When the Grid Goes Out?

Take a lesson from windy, fiery California: Even if you have solar panels and sunshine, your home or business could stay dark.

“Californians thought they could use their solar systems when the grid was down for fire prevention,” northwest Arkansas solar installation executive Tommy Lowden said last week. “But under the most common configurations, a grid-type solar installation won’t provide power in a blackout, and that’s for safety reasons.”

Power being fed back onto the grid when the electricity is out could endanger linemen making repairs, he explained. “Customers need other types of systems to access power to their houses and businesses during blackouts.”

As the planet warms and storms, hurricanes, floods and wildfires intensify, backup power systems are an urgent new market in renewable energy. Sales of lithium-ion battery backup systems like the Tesla Powerwall and LG Chem’s RESU are surging, with California’s recent fire blackouts serving as a cautionary tale, said Lowden, COO of Shine Solar of Rogers.

“I talked to a good buddy of mine in California who’s the owner of a solar company, and these shutdowns by the utilities are worse than I thought. He’s losing power for three or four days at a time, so he can understand the customers’ frustration.”

California utilities have been cutting electricity on lines deemed likely to spark wildfires, in part a response to fire liability cases from 2017 and 2018 that led to bankruptcy at Pacific Gas & Electric. The liability numbers are gigantic, even for an investor-owned utility that had $17 billion in revenue last year. PG&E has set a target of $8.4 billion for payouts to wildfire victims, only one element of the wildfires’ toll.

Many customers thought solar would be their salvation, but they were disappointed. Since homes and businesses need power when the sun’s not shining, arrays usually put the power they produce onto the grid in return for credits against the electric bill. The panels rarely run the lights and refrigerator directly.

So the crisis in California, the No. 1 state for rooftop solar adoption, arrived just as the power storage market was taking off, said Ed Fenster, chairman of Sunrun Inc. of San Francisco. Sunrun, the nation’s largest rooftop solar company, has tens of thousands of California customers, but only a few hundred had batteries until recently. Fenster told Bloomberg News he now expects a storage surge. “It’s the perfect combination for getting through these shutdowns.” A quarter of Sunrun’s new California customers are installing storage with their arrays, he said.

Shine Solar, a 130-employee company, is a top regional residential installer, operating in Arkansas, Oklahoma and Missouri. Even though storage orders are limited, Lowden called storage an industry buzzword. “When we went to the big solar convention this year, SPI [Solar Power International], it was all anybody was talking about.”

Josh Davenport, CEO of Seal Solar of North Little Rock, said his company has installed about 10 solar-plus-storage projects in Arkansas, and recently became a certified Tesla Powerwall installer. “The technology is amazing. The Powerwall can even anticipate bad weather and switch modes to fully charge in advance of the grid going down.”

The catch is that batteries are still relatively expensive: They can easily double the price of a typical home or business solar system. For a 2,200-SF space, Tesla recommends two Powerwalls at $7,500 apiece, plus supporting hardware, for a $14,100 price tag, not including solar installation or taxes. 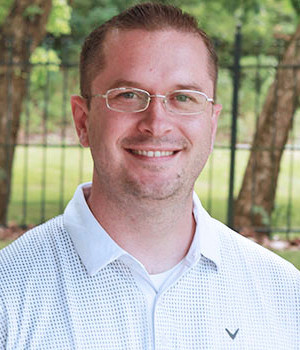 That makes the equation a bit tougher in Arkansas, home to the third-cheapest retail electricity in the nation, about 10 cents per kilowatt-hour. California’s cost is nearly 20 cents, fifth highest in the nation, according to the U.S. Energy Information Administration.

“At Shine, my first backup recommendation for cost-conscious customers is a whole-home generator,” Lowden said. “To run a house for a day or two of a blackout could take several batteries. But a generator system can automatically take over, using a transfer switch that keeps power from going down the line. The generators are powered by natural gas.”

“We give people a choice,” he said, “and I feel good about them going green and saving money.”

Grant Beach, Seal Solar’s assistant project manager, said the LG Chem is a 9.8-kilowatt-hour battery; the Powerwall is 13.5 kilowatt-hours. “If you use one kilowatt every hour, that gives you 13.5 hours of energy, but the wall can be set up to power just the circuits you need most. It’s like filling your gas tank. If you drive very little, the fuel will last.”

Solar Installers Busy as Ever

“We’re working at our fastest pace yet, two to eight projects a week, and some of that comes down to businesses seeing where they stand in the fourth quarter, and others rushing to take advantage of the tax incentive,” Wilson said.

Wind, solar and other renewables other than hydroelectric sources provided 9% of U.S. total utility-scale generation in 2018, according to the EIA, which predicts they will provide 10% in final 2019 figures and 12% in 2020. That’s up from 5% just 15 years ago.

Davenport, Seal Solar’s CEO, noted that Arkansas’ policy for net metering, the system for crediting power-generating customers for the energy they put onto the grid, has been “fair,” roughly equal to the retail cost of power. That credit could soon be cut if Arkansas regulators follow Louisiana’s lead in revising the rules.

Public testimony in the regulatory case is set for early next month. “That’s another reason to consider storage with your solar project,” Davenport said. “With batteries, you decide for yourself what to do with that kilowatt you produce. You can get credit for it by putting it onto the grid, or if the price is unfavorable, save that kilowatt for your own use.”

At least two major commercial projects in Arkansas are employing battery storage. The city of Fayetteville, Ozarks Electric Cooperative of Fayetteville and Today’s Power Inc. of Little Rock partnered on a $23 million project involving three solar farms and two battery storage units at two wastewater treatment plants. The project, part of the city’s push to power all city operations with renewable energy by 2030, went online in September and could save taxpayers $180,000 a year, Fayetteville Mayor Lioneld Jordan said.

And the latest solar project by Entergy Arkansas, the state’s largest power utility with more than 700,000 meters, plans storage with its 100-megawatt Searcy Solar project in White County. The plant, pending approval by the Arkansas Public Service Commission, will be built by NextEra Energy Resources of Juno Beach, Florida. It would be the largest utility-owned solar generator in the state, and the first to use lithium-ion batteries, enough to store 30 megawatt-hours of power.

Today’s Power, the state’s most prolific builder of 100-kilowatt-plus systems, is a wholly owned subsidiary of Arkansas Electric Cooperatives Inc. of Little Rock, a service cooperative owned by the state’s 17 local power co-ops.

On Thursday, Today’s Power revealed to Arkansas Business that it will announce its second solar-plus-battery project next month. “In responding to requests for proposals, we’ve noticed a demand for storage not only in Arkansas, but also across the country,” said Jennah Denney, the company’s marketing and public relations coordinator.

Today’s Power’s president, Michael Henderson, is also executive vice president and CFO of AECI and the Electric Cooperatives of Arkansas. He says he’s witnessed a philosophical shift over the past few years.

Under the old paradigm, he said, “Large centralized generating stations with high-voltage transmission systems and lower-voltage distribution systems would result in the lowest-price electricity.” That model held until mid-2018, he said, when improved battery technology, sophisticated control and monitoring systems and “most importantly, the drop in storage prices,” reshaped the market.

“Electricity providers have had a monopoly for decades, and that provided for an efficient delivery system to prevent duplication of effort,” he told Arkansas Business. “For most customers, electricity could only be obtained from a wire connected to their facility, but this traditional model may soon become obsolete.” What Henderson called a “point-of-service/microgrid model” may soon take its place. “Solar has opened the door to self-generation of electricity, but being tied to the grid was a requirement for reliability. As consumers add behind-the-meter solar generation, utilities have reacted by increasing fixed charges … to try to stabilize their revenue stream.

“With the improvement in storage systems, the consumer has the option to install solar and storage and actually disconnect from the grid,” Henderson concluded. “From a consumer perspective, they now have options for electricity.”