The company’s west Little Rock development would be established on a 2,500-acre patch of critter-filled woods bearing a mangled name of a mountain with big city access courtesy of a “four-lane logging road.”

Construction of the waggishly described Chenal Parkway, championed and largely paid for by Deltic, provided the all-important urban link to its rural Chenal Valley project below Shinall Mountain.

The forested landmark, crowned with blinking beacons rising atop its antenna farm, served as the inspiration for the Chenal marketing moniker.

The name is a Frenchified derivation of the Anglicized mountain name of the Chenault family who settled the area way back when, and Chenal became the calling card for a rollout of subdivisions dominated by Francais nomenclature.

At the heart of Chenal is its namesake country club and its 36-hole championship golf course wrapped by affluent homes with addresses such as Bretagne, Fontenay, Sologne and Orle.

To date, 39 cul-de-sac neighborhoods have opened since the first lot sale closed 30 years ago this month in Chenal Circle.

Real estate records place Drs. Steve and Janet Cathey at the front of the line when they bought their piece of Deltic’s initial 61-lot offering on Dec. 7, 1989.

All told, Chenal land sales have encompassed 450 acres of commercial property and more than 3,000 residential lots. In addition to rooftops, those sales produced apartments, offices, restaurants, shops and more.

Along the way, there was a decade-long black bear relocation effort to minimize the potential encounters between cub-guarding mama bears and Chenal denizens. Bear Den, the country club’s second 18-hole golf course dedicated in 2003, pays homage to that wild kingdom reality.

1989 provides a tidy starting point for Chenal Valley as an ongoing enterprise with the July formation of Deltic’s Chenal Properties Inc. to oversee real estate sales and the January donation of 98 acres for Wildwood Park for the Arts.

That year, the heart of Chenal was annexed into Little Rock, and construction was in full-tilt mode on the $11 million Chenal Country Club and the first of two golf courses designed by Robert Trent Jones Jr. The country club and Wildwood were considered high-demographic magnets, social amenities to draw well-heeled homeowners to Chenal.

While 1989 was a watershed year for Chenal Valley, the stage-setting labor for the grand master-planned, mixed-use development began years earlier.

“Chenal at 30 years means something different to me,” said Charles “Chip” Murphy III. “I’d been working on this since 1982.”

That was back when Deltic Farm & Timber was a wholly owned subsidiary of El Dorado’s Murphy Oil Corp., before Deltic was spun off in 1996 as a separate public company: Deltic Timber Corp.

By the 1980s, the western growth of Little Rock was knocking on the door of the eastern environs of Deltic’s expansive Pulaski County holdings, an ownership that dates back to 1956. 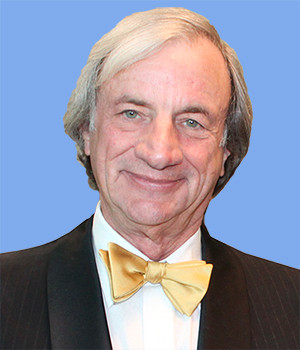 Murphy said his original idea was to have Little Rock’s White-Daters & Associates master plan the development of a much larger swath of land before it was scaled back to 2,500 acres.

The notion of jumping into a full-on road map for the future of 7,000 acres prompted the firm’s Joe White to quip: “Chip’s working on the theory if you can’t have a good plan have a big one,” Murphy recounted.

Connectivity was a problem in need of a solution before development plans could coalesce. The answer was to bring life to a dormant, drawing board extension of Interstate 630 to reach Highway 10 with a western loop through Deltic’s woodlands.

Originally dubbed Shinall Mountain Parkway, the project that became Chenal Parkway bridged two gaps in the street network to build a local thoroughfare instead of a federal highway.

The resulting stretches of new roadway finished what Financial Centre Parkway had started at Shackleford Road by pushing four lanes of traffic westward from the terminus of Interstate 630 to Markham Street.

From there, the project joined Rock Creek Parkway before extending four new lanes from near Kirk Road north to Chenal Valley’s Crystal Mountain, where a new two-lane descent led to Highway 10 and on to Highway 300.

It’s difficult to imagine what far west Little Rock might look like without Chenal Parkway as an arching artery for development and traffic.

The improvement district formed to back the nearly $8.3 million bond issue for construction was composed of a private-public mix.

The diocese ownership ended up with four corners when Chenal Parkway cut across its land to reach Markham. That routing ratcheted up the value and culminated in land deals totaling more than $5.5 million in the 1990s.

The city of Little Rock agreed to pony up $175,500 annually in 1987-98 to help pay for the Financial Centre Parkway to Markham leg. Led by Deltic, property owners toted the note on the western extension from Rock Creek Parkway.

Before plans were firmed up, Deltic considered developing Chenal Valley as a separate municipality with its own water supply.

“We agonized over that,” said Chip Murphy. “Sometimes I wonder if it was for the best, but I’m not sure if that would’ve been the best for the city. It’s hard to say what might have been.”

1987
The $8.27 million bond issue to fund the construction of Chenal Parkway is completed.

1989
Construction is in full-tilt mode on the $11 million Chenal Country Club and the first of two golf courses designed by Robert Trent Jones Jr. The first lot sale in the first residential subdivision, Chenal Circle, closes in December.

1995
In a rare departure from land sales, Deltic develops a 50,978-SF office building, the GMAC Center. Five years later, the project at 16101 La Grande Drive is sold for nearly $6 million.

2006
Deltic sells the future site of the Promenade at Chenal for $10.2 million.

2019
PotlatchDeltic Timber LLC and PotlatchDeltic Real Estate LLC sell a 1,787-acre tract in west Pulaski County for $19.8 million. An investor group, through Legacy Land & Timber LLC, purchased the woodlands property that wraps around the western and southern perimeter of the Alotian Golf Club. Over the years, land sales have encompassed 450 acres of commercial property and more than 3,000 residential lots.