With Walmart as Client, Structurlam to Put $90M Plant in Conway, Hire 130

by Lance Turner and Sarah Campbell-Miller
Article sent successfully!
We were unable to send the article.

Canadian mass timber manufacturer Structurlam Mass Timber Corp. announced Monday that it will expand into the United States with a plant in Conway that will service customers including Walmart Inc., which is building a new headquarters in Bentonville.

The company, based in Penticton, British Columbia, said it will invest $90 million to buy the former Nucor Fastener plant at 1800 Sturgis Road and retrofit and equip it to make mass timber building products. Of that total, up to $10 million will be spent to retrofit the plant, the company said.

The plant is set to open in June 2021 and will create 130 jobs, including skilled trade positions, production associates and managers. The company estimated annual payroll of about $5.5 million in the first year and $7 million thereafter. 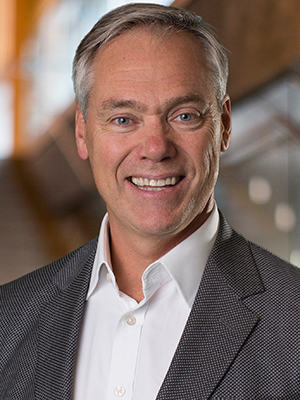 "The commercial and residential building industry is experiencing a revolution brought on by the rise of mass timber building solutions," Structurlam CEO Hardy Wentzel said in a news release.

"At Structurlam, we're transforming wood, one of nature's most renewable resources, into a greener, more cost-effective, and aesthetically-pleasing alternative to concrete and steel. We're proud to establish roots in the great state of Arkansas and the city of Conway, and support Walmart as the exclusive supplier of mass timber products for its new home office campus."

The company said the world's largest retailer, which is beginning work on a new headquarters to support up to 17,000 workers, plans to use more than 1.1 million cubic feet of Arkansas-grown and Arkansas-produced mass timber for the project. Structurlam said that would make it the largest campus project in the U.S. using mass timber.

Wentzel told Arkansas Business that the Walmart headquarters contract represents about a third of the company's production over three years. He declined to discuss the monetary value of the deal.

"Structurlam is uniquely positioned to deliver its innovative approach to digital design collaboration and mass timber manufacturing to Walmart and the state of Arkansas," said Dan Bartlett, executive vice president of Walmart corporate affairs. "With their help we are able to realize our goal of connecting our associates with nature and the beauty of Arkansas through our new home office project."

Bartlett said that the retail giant had been thinking about using mass timber for its headquarters project since the beginning.

"As we started really traveling the world and seeing who was good at this, and who were the best leaders in this industry, all roads led to Structurlam," Bartlett said.

In addition to contracting with Structurlam for its headquarters, Walmart has an "undisclosed financial investment" in the Canadian firm, according to Brandi Hinkle, director of communications for the Arkansas Economic Development Commission.

Bartlett touted that investment during his remarks Monday.

"We didn't think it was good enough just to be a customer of Structurlam. I'm also happy to tell you today that we're a financial investor in Structurlam, to ensure that hopefully we get first dibs on supply. That's how confident we are," he said. "We know this is a nascent industry here, and the incremental investments of capital that were required to make this a reality for this part of the world was something we knew was unique, and it was something that we could uniquely contribute to."

AEDC is providing its own incentives for the project, including:

Gov. Asa Hutchinson joined the company and local leaders for the announcement at the facility.

"It's sustainable long into the future. We need to have this kind of production," Hutchinson said. "It represents another growth opportunity for this [the Conway] community, but it also is so key to the future direction that we want to go in Arkansas. Arkansas continues to lead in steel production, in rice, in retailing "” and now Arkansas can lead our nation in mass timber construction materials. I like Arkansas leading."

The governor also said that the Arkansas Fire Training Academy in Camden plans to use mass timber from Structurlam to build a new dormitory.

Structurlam describes "mass timber" as a category of building construction that features structural laminated wood components for walls, roofs, floors, beams and columns. The method allows workers to design, model and prefabricate structural elements of a project offsite. Structurlam said it is the first manufacturer to bring mass timber to the North American market.

The University of Arkansas used cross-laminated timber panels, or CLTs, for its 27,000-SF library storage facility, the first in the state built that way.

Barlett announced Walmart use of Structurlam's mass timber Monday in a blog post on the company's corporate website. He said the plan fits with the retailer's goals of sustainability and efficiency. He said using Structurlam's Conway plant "reduces the transportation required to move the raw materials from the forest, to the plant and on to the construction site."

"Our new U.S. location will answer the demand for mass timber building products and industrial matting products in the southern, central and eastern United States, and will complement our British Columbia operation serving the Canadian, Pacific Northwest, California and Intermountain markets," Wentzel said.

"Structurlam is a perfect fit for our community," he said. "We're excited and honored to join their commitment to sustainability and innovation. This is a big win for the Conway workforce, the local economy, and the entire state of Arkansas."

Founded in 1962, Structurlam has 290 employees and three manufacturing locations in British Columbia.

Wentzel said that of the 130 positions at the Conway plant, 30 will be managerial positions. He said salary ranges would be "very market competitive or slightly above market for those managerial roles."

Another 100 production floor jobs will be in a salary range that Wentzel said likely will be "comfortably above" minimum wage in Arkansas.