by Justin Crossie
Article sent successfully!
We were unable to send the article.

Well over 7 million jobs have been created since November 2016, a number more than double the entire population of the state of Arkansas.

This speaks to the health and strength of America’s small businesses, which create nearly two thirds of our country’s jobs, and to the pro-growth strategies of President Donald Trump, which are paving a path of success for America’s entrepreneurs.

Arkansas entrepreneurs are once again finding an environment that rewards their creativity and dynamism. The SBA helped support 3,606 jobs across the state as a result of approving 340 loans for $162 million in fiscal 2019.

December marks two years since the landmark Tax Cuts & Jobs Act became law, cementing a stronger economy today than it was before the act. Small-business owners and consumers are more optimistic. Capital investment is increasing. Americans are returning to the workforce and feeling more financially secure with extra money in their pockets due to growth in American wages of 3.1%. Indicators suggest that average earnings continue to increase faster than inflation, meaning real gains for American workers and their families. The booming economy, coupled with the strong labor market, is allowing Americans of all backgrounds to find work and succeed.

The unemployment rates in minority communities, such as those of African Americans, Hispanic Americans and Asian Americans, have reached their lowest levels ever.

As we look forward to a new decade, the SBA is committed to being the go-to resource for small businesses. We know that every business starts with a dream. Turning these dreams into reality requires confidence, grit and knowledge. Wherever you are in starting or expanding your small business in the new year, the SBA has your back.

To get started, contact the SBA Arkansas District Office directed by Edward Haddock at (501) 324-7379 or visit SBA.gov. 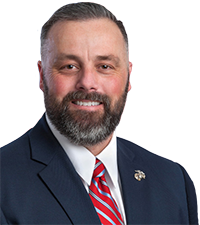