2019 was the end of the line for Atlanta investment firm Invesco’s ownership at Shackleford Crossings. After eight years, it decided to cut its losses and sell its remaining stake in the west Little Rock retail center.

All told, Invesco’s Dallas real estate arm sold $20.6 million worth of Shackleford Crossings property during its ownership, and that total falls short of the $26 million of debt that backed its position.

Invesco sold the seven-building lifestyle center at the heart of Shackleford Crossings for an underwhelming $10.5 million in mid-December. The half-empty 288,875-SF mixed-use shopping space now stands as a totem for the decline of brick-and-mortar retailing.

“The deals weren’t working for a lot of reasons, and that’s why it’s sitting as empty as it is,” said Jeff Yates, managing partner at ARK Commercial & Investment Real Estate.

That situation could change with potentially lower lease rates in light of the reduced cost of the lifestyle center. The new owner is Ventures Karma LLC, a Dallas investment group led by the mother-son team of Kendra and Jace Hinderland.

Changes in the development template negotiated by Invesco could help Venture Karma bring new tenants to Shackleford Crossings, too.

Nine months ago, restrictive covenants were modified for the seventh time since the project was launched a dozen years ago. Rules on what can and can’t be done at the lifestyle center aren’t the sole dominion of its owner.

As major property owners at Shackleford Crossings, Walmart and J.C. Penney also have a say when those terms are reworked, and their competitive interests haven’t always aligned with those of the developer/owner trying to lease vacant space.

But specific allowances were made for the former Gordmans and Babies R Us locations in the new agreement.

“Those were some good names that brought some value,” said Mark Bingman, executive broker and vice president at Little Rock’s RPM Group. “But not anymore.”

The empty adjoining storefronts with a combined 80,000 SF under roof are targeted for repurposing as entertainment-oriented venues such as a movie theater.

The new terms also expanded the marketing possibilities for a separate 30,000-SF block of space in the lifestyle center that is envisioned as an education area.

Potential tutoring and test prep tenants of the “school area” identified in the new agreement are Huntington Learning Center, Kumon, Sylvan and Mathnasium.

The amended restricted covenants also prohibit any use of space for a remote internet fulfillment center or any similar business devoted to handling third-party sales.

Also restricted are all businesses associated with “growing, delivering, transferring, supplying, dispensing, dispersing, distributing or selling marijuana, whether by prescription, medical recommendation or otherwise, and whether consisting of live plants, seeds, seedlings or process or harvested portions of the marijuana plant.”

The $10.5 million sale of the lifestyle center stands in marked contrast to its $28.6 million valuation by the Pulaski County assessor. For the past two years, Invesco tried to get the valuation reduced and lower its property taxes. It failed.

The Shackleford Crossings project is launched with the acquisition of a 97.4-acre tract in a $11.4 million deal with Summit Mall Co. LLC, a joint venture between Simon Property Group Inc. of Indianapolis and Dillard’s Inc. of Little Rock. Little Rock developers Steve Clary and Leonard Boen own the property in a short-lived arrangement before Boen sells his interest. 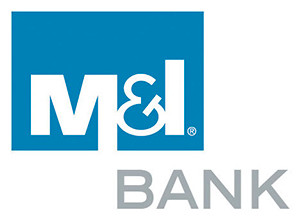 M&I Marshall & Ilsley Bank of Milwaukee provides a $53.2 million loan to back construction of the retail development. The borrower is Shackleford Crossings LLC, led by Clary.

A 2.5-acre site for a Cracker Barrel restaurant is sold for $1.8 million.

A 3-acre site later developed for a Comfort Suites is sold for $1.3 million.

Clary is indicted for loan fraud as part of an unsuccessful attempt to shore up his failing financial fortunes in 2008. More than three years later, he is sentenced to 30 months in federal prison. 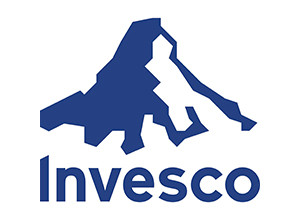 The bank sells the two mortgages for an undisclosed sum to Shackleford Crossings Investors LLC, an affiliate of Invesco Real Estate of Dallas.

SCI takes ownership of the 288,875-SF lifestyle center and five outparcels in a $42 million foreclosure sale.

The new ownership finances the deal with a $33.7 million loan from Guggenheim Life & Annuity Co. of Indianapolis.

SCI pick up a new $36.2 million funding agreement from Amegy Bank of Houston and Southside Bank of Tyler, Texas.

A 1.7-acre site developed for a Home2 Suites by Hilton is sold for $1.1 million to Shackleford Crossing Properties LLC, led by Jack Grundfest.

The project debt stands at $30.1 million when the loan is modified to allow interest-only payments and extend the maturity date to Dec. 31, 2019. The filing marks the second time the terms are altered, following an unrecorded loan modification on Dec. 4, 2017.

The leased 1.91-acre Longhorn Steakhouse development at 2608 S. Shackleford Road is sold for $2.29 million to Gugar Family No. 2 Ltd. of Bullard, Texas.

The leased 2.2-acre BJ’s Brewhouse development at 2624 S. Shackleford Road is sold for $4.2 million to Four Corners Property Trust of Mill Valley, California. The sale marks the exodus of Invesco from Shackleford Crossings.