From fighting disease to educating the public to growing the ranks of the state’s outdoor enthusiasts, the Arkansas Game and Fish Commission is carrying out its mission on multiple fronts.

The commission has initiatives and programs underway that are designed to educate, recruit and retain hunters, fishermen and outdoorsmen; battle Chronic Wasting Disease in deer and promote tourism and participation by ensuring top-flight trout fishing.

It all falls under the AGFC’s mission to conserve and enhance Arkansas’ fish and wildlife and their habitats while promoting sustainable use, public understanding and support.

Tabbi Kinion, AGFC education division chief, is head of a team of more than 60 that runs shooting ranges, nature and education centers, 10 statewide education programs and manages grant and scholarship programs. All of it, Kinion says, is created to connect people to wildlife and the outdoors.

“Each year, this group reaches almost 1 million Arkansans,” Kinnion says. “My job is to provide strategic direction and leadership for this team.”

Recently Kinion and the division staff created an internal agency plan focusing on strategic ways to recruit and retain hunters, anglers, recreational shooters and wildlife lovers in general. Kinion notes that much of the funding for wildlife conservation comes from or is tied to hunting and fishing license sales. 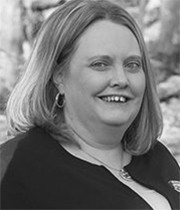 A five-year plan, recently unveiled, will tackle the recent decline in license sales, Kinion said, and hopefully re-awaken people to the beauty of Arkansas’ outdoors. Kinion also notes the construction of J.B. and Johnelle Hunt Family Ozark Highlands Nature Center in Springdale, which helps fulfill the AGFC’s commitment to educating and serving the public.

“We promised to have education centers available to the most populated areas of the state, and we are finally delivering on that promise in NWA,” says Kinion, noting the center was more than 50% funded by private and partner sources.

Educating the public is also part of Jennifer Ballard’s role as state wildlife veterinarian, especially as she and her staff battle Chronic Wasting Disease (CWD) threatening the state’s deer population and deer hunting industry. Ballard has formed a team of agency specialists that assists fish and wildlife management programs in research and applies cutting edge science to resource management.

CWD is a fatal neurological disease that affects deer and elk in the northwestern part of the state. Ballard is leading extensive efforts to fight the disease which, while not known to infect humans or other domestic animals, could negatively affect deer and elk populations over time. 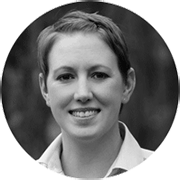 The commission monitors infected zones and mounts statewide surveillance efforts, has changed regulations restricting baits and feeds that could increase transmission and participates in national research.

“We believe that we have established a highly effective program for addressing CWD,” says Ballard, who is also assistant chief of the Research, Evaluation, and Compliance Division. “But it is a disease that progresses slowly, so we won't be able to fully measure results for many years to come. We continue to need support and participation from our hunting community for increased surveillance, and nationally, there is a tremendous need for additional research funding.”

Anglers spend more that $1.2 billion annually and come from around the nation to enjoy trout fishing in Arkansas. In 2019 alone, non-residents bought 53,000 trout permits.

Christy Graham is supervisor of the AGFC Trout Management Program, which works in cooperation with the commission’s Coldwater Habitat Program to manage trout and their habitats throughout the state. In 2020, the AGFC, in cooperation with the two US Fish and Wildlife Service hatcheries, will stock approximately 1.5 million trout in 48 Arkansas locations.

Trout management is a balance between the biological necessities and the needs of anglers, Graham says, and there are additional challenges like the record flood that affected the Jim Hinkle Spring River State Fish Hatchery in 2017. 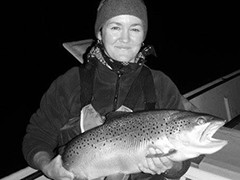 But Graham praised the staff and management program for persevering and continuing to provide anglers with high quality opportunities to fish the state’s tailwaters, natural rivers and seasonal lakes and ponds as well as participate in the AGFC Family and Community Fishing Program that offers winter trout fishing opportunities in 33 locations.

For over 100 years, AGFC staff have been addressing challenges that impact outdoor recreational opportunities and conservation. As a result, Arkansas and tourists have some of the best public land fishing and hunting opportunities and access in the country.

Legal
Attorneys Say More Is at Risk Than Their $18M