by Katie Laning Niebaum
Article sent successfully!
We were unable to send the article.

The advanced energy economy is an increasingly important economic engine in Arkansas. Innovations in technology, finance and supply chain are driving down costs and encouraging the deployment of advanced energy solutions. The state continues to experience a growing demand for energy-efficiency measures, renewable energy, battery storage, electric vehicles and other technologies. This trend is fueling career and business development opportunities in multiple industries.

During Act 464’s bill signing ceremony, Gov. Asa Hutchinson told supporters gathered that the policy advancement means Arkansas is “open for business.” Bill sponsor Sen. Dave Wallace added, “From this day on, the consumers of Arkansas will drive this market.”

Third-party financing could double or triple the number of solar jobs in Arkansas, according to analysis from the Business Innovations Legal Clinic at the University of Arkansas at Little Rock’s Bowen School of Law. Arkansas already was among the leading states for solar job growth, reporting a 30% increase from 2017 to 2018, according to the Solar Foundation. Only five states saw higher year-over-year growth during that period.

Additionally, the state had its biggest year of solar installation ever in 2018, according to GMT Research and the Solar Energy Industries Association. Arkansas ranked 18th among the 50 states, adding 118 megawatts of solar generation.

This exciting market growth is taking place while key deliberations are underway at the Arkansas Public Service Commission, which regulates the rates and services of Arkansas’ public utilities, including electric utilities. The commission is expected to issue a ruling soon regarding the state’s net metering rules.

The Arkansas Advanced Energy Association has long argued that customer-financed solar systems are a net benefit for utility systems and all ratepayers through long-term avoided costs (e.g., alleviating the need to build new transmission lines and power plants).

Do these customer-financed solar systems threaten the state’s electric rates and economic development opportunities? No, and let’s look to south Arkansas to see how an electric cooperative used solar power to help retain a major employer, and just recently announced a utility-wide rate decrease.

In 2016, Aerojet Rocketdyne’s 12-megawatt solar farm in Ouachita Electric’s service territory went online. The defense contractor was committed to growing its Arkansas operations as long as it could expand the diversity of its energy sources. Ouachita Electric and other partners made it happen. The solar farm has resulted in roughly 400 new local jobs for Aerojet alone and momentum for other economic growth opportunities for south Arkansas.

Ouachita Electric has more solar power as a percentage of its system than the rest of the state, according to Cayce. The solar generated by Aerojet’s solar farm, and other smaller systems, has allowed the utility to reduce overall electricity demand on the warmest summer days (when power is most expensive), lowering its own costs of purchasing power. As a result, the cooperative is able to pass those savings in the form of a rate decrease to its members.

Advanced energy resources like solar are clear economic winners in Arkansas. We know these technologies provide careers, local community investment and energy savings in states that deploy them. By enhancing access to these innovations, advanced energy technologies can continue to power Arkansas forward. 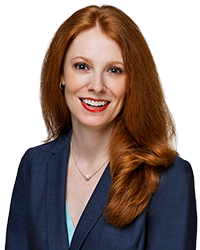 Katie Laning Niebaum is the executive director of the Arkansas Advanced Energy Association.