LITTLE ROCK — Ten more people in Arkansas have died from the illness caused by the coronavirus, the state health department said Tuesday as 595 more people tested positive for the virus.

The department reported at least 16,678 people have tested positive for the virus that causes COVID-19 since the coronavirus outbreak began in March. That is an increase over the 16,083 reported Monday. The department said 5,221 of those cases are active, meaning they don't include those who have died or recovered.

Tuesday marks the second time in less than a week Arkansas has reached its high in deaths over a one-day period. The department said 237 people have died from COVID-19 since the outbreak began in March.

“These are challenging numbers that you see that continue to challenge our state that we have to continue to work hard to address," Gov. Asa Hutchinson said.

Hutchinson and the state's top health official continued urging people to wear masks in public and follow social distancing guidelines to slow the virus' spread. Hutchinson, however, has resisted calls to institute a statewide mandate on wearing masks.

Dr. Nathaniel Smith, Arkansas' health secretary, said his agency gets emails regularly about people not following guidelines but the state needs residents to remind each other.

“I can't be in every place at one time and we can't have public health looking over the shoulders of everyone all the time," Smith said. “But we can all be reminders to one another, not in a way that's harassing but in a way that helps to support our community efforts to protect one another against COVID-19."

The number of people hospitalized from the virus rose by 11 to 248 people.

Arkansas' virus cases have been on a dramatic upswing since last month, when the state began allowing businesses that closed because of the pandemic to reopen. The number of active cases has more than triple since Memorial Day, while hospitalizations have increased 150%.

Smith said 212 of the new cases come from a state prison in Malvern and the Benton County jail in northwest Arkansas.

Three Pulaski County residents on Tuesday also asked a state judge to declare that fear of contracting COVID-19 is a valid excuse for voting absentee. The lawsuit also seeks to require the state to conduct a public information campaign about the new rules if their request is granted.

If the state doesn't act now to allow COVID concerns as an excuse or allow no-excuse absentee voting, the lawsuit said, “then it will be too late and Arkansas voters will be forced to choose between their health and their fundamental right to vote."

State law currently only allows absentee ballots due to illness, physical disability or the voter being unavoidably absent. Hutchinson waived the requirement for a primary runoff in April because of the pandemic, but has not said whether he'll do the same for this year's election.

Secretary of State John Thurston, named as the defendant in the case, said county election officials have told his office they believe the current system will be adequate in the November election.

“Our office will continue to work with each county to provide supplies and resources to ensure that the upcoming presidential election is safe and secure," Thurston said in a statement. 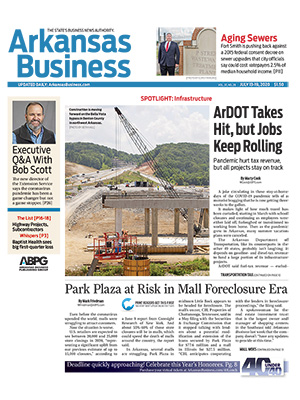