Sensemaking During a Crisis

by Brian W. Jones
Article sent successfully!
We were unable to send the article.

The coronavirus pandemic has forced organizations and businesses to navigate uncharted waters. While the term “unprecedented” sounds almost trite these days, it accurately describes the current lay of the land. While many organizations had plans for emergencies, few anticipated a pandemic or the mixed messages that have followed from both the government and health professionals.

This has been a company crisis in which many businesses have been closed by the state or city government. Employees have been afraid to go to work. Customers have been unwilling to use services. All of this created significant downturns in revenue. Dystopian and apocalyptic language has become the norm.

What does a leader of an organization do? How can one instill confidence in employees and external customers? Should workers be furloughed? Is the work environment safe? Is there enough personal protective equipment? What do we do with the avalanche of new government regulations and guidelines? What do we do when they are revised again and then again? How do we cut expenses? When will we reopen? Should we plan for a month of disruption or months of disruption? What about years of disruption? Will we ever recover fully from this? The questions are endless. The answers seem elusive. There seems to be no crisis manual for these times.

A crisis involving an organization usually entails something unexpected, dramatic, unprecedented and chaotic. It has the potential to destroy the organization and typically requires urgent action to be taken. It is during these times that people look to their leaders.

The challenge is that leaders have to make decisions that may have profound consequences when they still have little depth of information. Leaders who show indecision will face immediate and long-term problems with their followers. If the leader panics, those who are following the leader will panic as well.

Visibility is critical during a crisis. While the default may be to hunker down in command and control, employees want to see their leader as a force of presence, even if the leader is internally unsure of what to do. They want to be assured that their basic human needs are being considered, as Maslow breaks out in his hierarchy of needs.

Emotional intelligence and the ability to connect the dots to the bigger picture, when most everyone else is unable to, are signs of mature leadership during a crisis. Where there is contradictory and ambivalent information, leaders are called upon to make sense of it all. The obligation is to appraise the threat and decide what it is really all about. Sensemaking involves attempting to understand the crisis as it unfolds and any potential barriers to others recognizing it as the crisis that it is. Fundamentally, leaders must see the cues of the coming crisis even before others may see it. This mindset allows them to create within themselves a crisis-ready culture, allowing them to remain steady and deliberate during the impending crisis.

This process involves the leader conveying the story through both storytelling and speakership. It is helping others respond to the immediacy of the crisis in a positive way by helping them interpret the chaos all around them.

While the situation may seem inherently senseless, the leader is able to craft an understanding that allows others to help make sense of it all. This is challenging because it calls upon the leader to often act first and think second; thus the sensemaking has to be literally sensed early on. In a survey of retrospective sensemaking after a crisis, leaders indicated that being a comforter, caretaker, institutional voice and a “man of steel” were qualities needed to help their organizations make sense during a crisis.

While the pandemic slowly, then rather rapidly, unfolded, leaders had to be at the forefront, well ahead of their employees. They saw the impending crisis and crafted plans on how to react. Leaders needed to help employees make sense of situations that seemed only possible in a Stephen King novel. The bizarreness of the situation paralyzed and panicked many. Leaders had to jump ahead and convey calmness, rational thinking and a sense of mission. The organization had to be preserved, which involved radical changes to the business model and potentially extreme cost-saving measures.

Leadership is never easy. Crisis moments are make-or-break opportunities. Leaders have to see beyond the moment, instill confidence and convey a plan rather rapidly. In order to do this, they must sense the environment and take ambivalent moments and translate meaning into them for their employees. 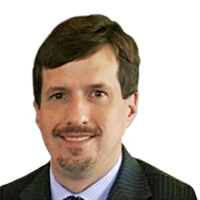 Brian W. Jones is president and CEO of the Share Foundation in El Dorado.

Small Business
Arkansas Entities Get $3.3B in Paycheck Protection Aid