by Zak Massey
Article sent successfully!
We were unable to send the article.

Our state has the ninth-worst suicide mortality rate in the country. According to the Department of Health & Human Services, 40% of adolescent Arkansans (grades 9-12) experience depression each year. Research by the National Alliance of Mental Illness has shown that 90% of individuals who die by suicide had some history of mental illness. Both the Centers for Disease Control & Prevention and the American Foundation for Suicide Prevention found that suicide is the second leading cause of death for Arkansans aged 15 to 34.

Though the state’s high suicide rate suggests a large problem, many Arkansans lack access to mental health care. The 2017 State of Mental Health in America Report found that about 77% of the youth in Arkansas with depression are untreated. Luke Kramer, the executive director of the STARR Coalition, a nonprofit that works to find solutions to mental health problems, told About You magazine that “Arkansas is on the bottom when it comes to mental health care access.”

Nurse practitioners can provide additional mental health care in underserved areas. They are educated in specialties, allowing some to be board-certified as psychiatric mental health nurse practitioners. Their training prepares them to provide pharmacological and therapeutic treatment for anxiety, depression, bipolar disorder, schizophrenia and much more.

But in the absence of a contract with a doctor, a nurse practitioner is unable to prescribe medications for those with mental illness. Arkansas law prevents a nurse practitioner from practicing independently without a written collaborative agreement with a physician. However, some physicians do not accept collaborative relationships. Twenty-two states do not require similar agreements. If NPs were allowed to act independently, more Arkansans would have access to care.

Allowing NPs full practice authority in other states has led to decreased suicide rates and other mental health-related mortalities. In 2014, 1,596 mental health-related deaths were averted in states that allowed NPs to prescribe drugs independently, according to Diane Alexander of the Federal Reserve Bank of Chicago and Molly Schnell of Northwestern University. A 2018 study from Montana State University published by the American Enterprise Institute showed that using NPs as providers decreased the cost of services by between 11% and 29% with no decrease in the quality of care.

Mental illness in Arkansas needs to be addressed. Rural Arkansans would see much of the benefit from allowing NPs to practice independently. According to Alexander and Schnell, nurse practitioners are more likely to locate in rural areas than psychiatrists and physicians. In 2016, NPs accounted for 25% of the primary care service in rural areas.

The stress and uncertainty caused by the coronavirus pandemic and social distancing adversely affect mental health. A Kaiser Family Foundation poll finds nearly half (45%) of adults across the country say that worries related to the pandemic are hurting their mental health.

In a recent interview with the Washington Post, Kathy HoganBruen, a clinical psychologist who specializes in anxiety disorders, said that this kind of situation causes a “forced depression” because it disrupts plans for the future, which normally give people hope. Since depression is the feeling of hopelessness about the future, many people are probably feeling depressed right now. Our lives are disrupted. Because of these disruptions Americans are currently at a higher risk for mental health-related issues. 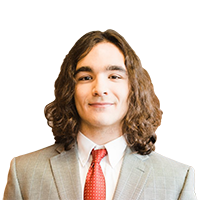 Zak Massey wrote this as an undergraduate research fellow at the Arkansas Center for Research in Economics at the University of Central Arkansas. His views do not represent UCA’s.