The Federal Deposit Insurance Corp. in June finished up some housekeeping by permanently banning Carrie C. Porter of Cave City from the banking industry.

Porter, 49, is currently incarcerated in a federal re-entry facility in Texas after pleading guilty last year to embezzling $285,000 from her employer, First Community Bank of Batesville, over the course of 12 years. She was sentenced in November to 18 months in federal prison and ordered to pay restitution.

On Friday, the FDIC announced that it had entered an order prohibiting Porter from working for or serving on the board of any FDIC-insured institution. Although Porter had pleaded guilty to embezzlement in federal court, she neither admitted nor denied the FDIC's findings, which were included in the order dated June 23. 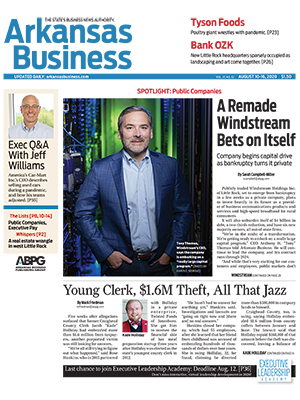