The Arkansas Teacher Retirement System expects to see a loss of 1% on its investments for its fiscal year that ended June 30, marking the first decrease since 2009.

The downturn in the stock market tied to the COVID-19 pandemic is to blame for the loss, said Clint Rhoden, executive director of the pension fund. ATRS’ year-end numbers aren’t final yet.

ATRS, with nearly $18 billion in assets, also lost at least $774 million between Jan. 1 and March 27 that was invested in funds with Allianz Global Investors U.S. LLC.

In July, ATRS sued Allianz and related entities in U.S. District Court for the Southern District of New York to recover the losses, alleging Allianz was negligent and breached its fiduciary and contractual duties.

A spokesperson for Allianz denied the allegations of wrongdoing to Arkansas Business, and said the company “intends to defend itself vigorously against these allegations.”

Rhoden declined to comment on the case because of the pending litigation.

Rhoden said there’s no panic when ATRS has a down year for investments. “We don’t sell off,” he told Arkansas Business last week.

The pension fund’s goal is to earn 7.5% per year on its investments. For its fiscal year that ended in June 2019,

“Our portfolio is designed for long-term returns, extremely long-term,” Rhoden said. “And we have a plan in place, and we follow it consistently.”

The returns on the investments are up about 5% so far for the fiscal year that started July 1, he said.

The pension fund’s investment returns were about the same as those of the Arkansas Public Employees Retirement System in fiscal 2019. APERS reported a 5.31% return on its investment in FY 2019 and a 9.9% return the previous year.

ATRS’ goal is to be fully funded. Rhoden said that with the losses for the year ending June 30, the funding ratio will remain at about 80%.

One worry for the system is teachers are living longer than they were 10 years ago, Rhoden said.

“And when you have a system paying lifetime benefits, improved mortality rates are not a good thing,” he said. “It’s great for the teachers that are living longer, but for a system that has to pay those payments, it’s quite costly.” 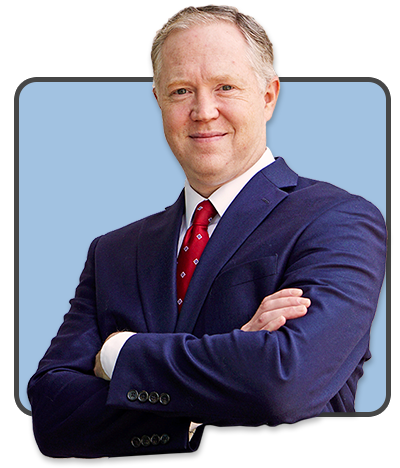 What keeps Clint Rhoden up at night? Find out in this week's Executive Q&A.

All Arkansas public school teachers are required to be members of ATRS, and educators can contribute up to 6.5% of their annual income into the fund. All told, there are about 134,000 ATRS members.

The pension fund’s actuaries are tracking mortality predictions. “The whole game is trying to make better guesses each year and get a more accurate reflection of liabilities that we expect to have to pay 20, 30 years in the future,” Rhoden said.

The percentage of its traditional stock holdings has declined over the past 10 years, and it’s now about 50% stocks with the remaining investments in a portfolio that includes private equity and real estate.

“I think the board’s probably happy with the amount of diversification we currently have,” Rhoden said. “I do not anticipate a drastic change in our allocation.”

But once the funds started incurring losses in February, Allianz allegedly changed the funds’ portfolios to recoup the losses, but “that all but guaranteed substantial losses once that downturn came to pass,” the lawsuit said.

Allianz’ “extraordinary risky and irrational gamble resulted in massive losses for ATRS, wiping out in a matter of weeks hundreds of millions of dollars of school teachers’ pension savings that had been accumulated over lifetimes,” the suit said.

The spokesperson for Allianz said the premise of the lawsuit “is simply incorrect and without foundation, as the funds in the Structured Alpha portfolio did not diverge from their investment strategy.

“Our own analysis has revealed that the portfolio was at all times managed to its alpha targets and in accordance with its design,” the spokesperson said via email. “While the losses suffered in the portfolio are deeply disappointing, there is no basis for legal liability.”

The case is pending.

Sources: The annual reports of the retirement systems

5
Encore Bank Expands to Dallas-Fort Worth, Hires 2 to Lead Markets