When it comes to Arkansas home sales, historically low interest rates are helping steamroll any ill effects from COVID-19.

The coronavirus itself is contributing to the 2020 momentum by spreading residential discontent among homeowners who wearied of their living quarters under the work-from-home model.

That’s the report from some of the largest residential markets in the state, a one-two effect reflected by sales data. Despite the hassles of marketing a home under a cloud of heightened health concern, double-digit increases abounded in central Arkansas during January-July in 2019-20. (See Single-Family Home Sales chart below.)

Countywide home sales were up 34% in Lonoke, where Cabot is the dominant market; 30% in Saline, led by the tandem cities of Bryant and Benton; 20.7% in Pulaski, where residents are scattered across Little Rock, North Little Rock, Maumelle, Sherwood and Jacksonville; and 17.4% in Faulkner, largely fueled by Conway.

“2020 is obviously a unique and very different year,” said Tom Baxley, co-owner and managing broker of Baxley-Penfield-Moudy Realtors in Bryant. “There was a lot of self-evaluation by housebound folks who started reflecting on their housing situation.

“People with time on their hands became motivated to fix up their houses. With that, they put their houses on the market to sell. All of that helped drive the market.”

Stoked by a dose of coronavirus-induced restlessness, buyers often are shopping for bigger accommodations with special consideration given to more home office space and more elbow room for the kids and distance learning demands.

“People are looking for different situations because of working at home, without a doubt,” said Brandon Long, executive broker at the Bentonville office of Weichert Realtors-The Griffin Co. and co-owner of the Springdale firm. “They want more space in general to replace a home office that may work for one but not for two at the same time.”

The average sale price of homes in the county crept upward almost weekly to $275,583 by the end of July, and the tally of homes sold through the first seven months of the year hit a whopping 4,349. That is a 9.6% increase compared with 2019. 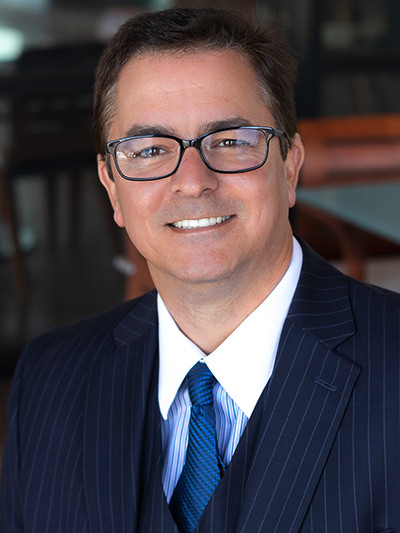 “Sellers are listing their homes at the top end of what they believe their property is worth, and they’re often getting their asking price and then some. I’ve never seen so many contracts doing away with the appraisal requirement.”

In the current seller’s market, some buyers have demonstrated a willingness to waive the standard “subject to appraisal” provision on purchase offers in hopes of gaining a competitive edge over rivals.

These hungry buyers are sometimes digging into their wallets to pay the extra money beyond the appraised value to secure mortgage financing and close on a deal.

“A home is an interesting thing because we all need shelter, but it is an investment, and if you live there long enough, paying a premium will take care of itself,” Baxley said. “You can make it up over time as the mortgage is paid down and the property appreciates if you don’t pay too much.”

Home sales this year started off strong in northwest Arkansas and have largely tracked at a feverish pace. In the Washington County market, dominated by Fayetteville and Springdale, January-July sales this year surpassed the seven-month tally in 2019 by 6.2%.

“For us, we have not seen any negative effects with COVID whatsoever,” said Jody Hendrix, principal broker and co-owner of Keller Williams Market Pro Realty in Fayetteville. There was a momentary lag in the spring early in the outbreak, but that was a blip on the radar. The next thing you knew we had a huge tailwind from low interest rates.”

That scenario played out in other prominent Arkansas markets, too.

January-July homes sales in Sebastian County, powered by Fort Smith and Greenwood, climbed 11.8% over the same period in 2019.

Craighead County, with its housing epicenter in Jonesboro, recorded a 7.8% increase on the same timeline along with Hot Springs-led Garland County, which grew by 6.6%.

“Our inventory is the lowest it’s been, which is really good if you’re a seller,” said Kevin Kercheval, owner and executive broker of Coldwell Banker Village Communities in Jonesboro. “The flip side is you’ll probably pay more for your new house, but helping that is borrowing money is cheap.”

With house sales flying, buyers are presented fewer choices as the roster of listings has dwindled as the year has progressed. That has ramped up the competition as well.

“The biggest thing I can tell you is that there is a shortage of inventory, and that is driving this sense of urgency on the part of buyers,” Jody Hendrix said. “It’s incredibly common to have multiple offers on a house.”

He noted the frenzy of prospective buyers who responded when a Fayetteville home went on the market for around $120,000 earlier this year. The new listing was greeted with a flurry of 39 offers.

Hendrix said that some would-be buyers, bruised by losing out to competitors on earlier bid attempts, have adopted an additional tactic to try to land a house.

They have resorted to writing letters with personal asides about how much their kids love the backyard and more to try to win over a homeowner to please sell to their family.

“There’s almost a hint of desperation out there,” Hendrix said. “Many homes are selling for more than the listing price. If you’re trying to buy a house, it’s tough. Across multiple price points, there are less than 30 days of inventory.”

“That’s an affordable market for more people, but all of the price ranges are hopping,” he said. “Coming up with inventory has been the real challenge.”

‘Be Ready to Step Up’

Baxley noted that the hot market helped form a five-home chain of sales scheduled to close later this month. Buying and selling contingencies among the various parties started with a first-time home purchase of $195,000.

The series of Saline County transactions topped out with a $450,000 residence. Mixed in with the string of moving-up buyers are empty nesters taking advantage of the seller’s market to downsize. 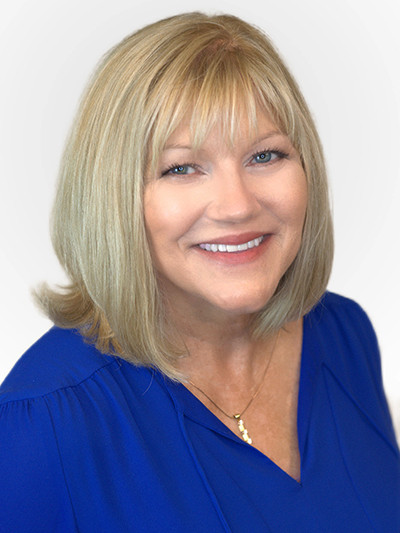 Single-Family Home Sales
Ranked by average days on market before a house is sold, January–July 2020 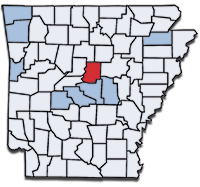 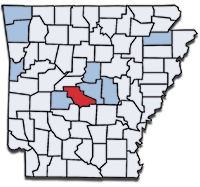 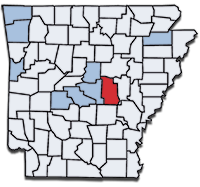 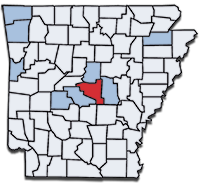 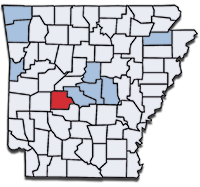 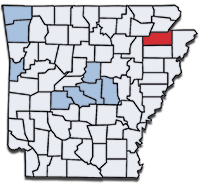 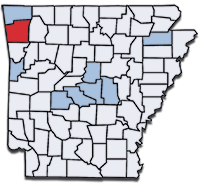 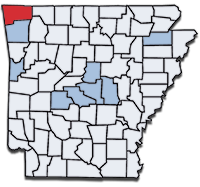 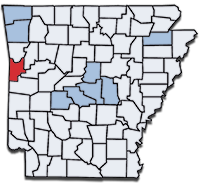