Arkansas hospitals are still losing millions of dollars to the COVID-19 pandemic, and executives say they can’t count on a second injection of federal stimulus money.

The CHI St. Vincent system has lost about $3 million to $4 million a month since June, said Chad Aduddell, CEO of the health system, which has four hospitals in Arkansas.

“That’s not going to be sustainable,” Aduddell said. “And that’s why those stimulus funds were so helpful early on.”

St. Vincent received $36.1 million in federal stimulus funds, which “certainly helped the … financial impact that we were experiencing, but it certainly didn’t cover it,” he said.

In a 75-day period from the middle of March to the end of May, the CHI St. Vincent group lost $45 million.

Aduddell added that it’s unclear if more aid is coming.

Hospitals also fear continuing high unemployment, since so many people who lose their jobs also lose the health insurance they had through their employers.

Aduddell said that starting in July, there’s been a slight shift of people who had commercial insurance and are now expecting to be covered by Medicaid, which pays providers less.

“Just a couple percentage points difference when you’re nearly a billion-dollar organization — it’s huge,” he said. “It’s going to be millions of dollars over the course of the year. If people aren’t able to get back to work, get coverage, it can really have some long-term ramifications.”

The American Hospital Association has been working with Congress and the U.S. Department of Health & Human Services to get more funding to hospitals, Bo Ryall, president and CEO of the Arkansas Hospital Association, said last week. “The revenue losses over this year have been significant,” he said.

Hospitals aren’t sure how much of the stimulus money they’ll be allowed to keep, said Ben Barylske, CFO of St. Bernards Healthcare in Jonesboro. “The rules on reporting for those [stimulus] revenues just came out last week,” he said. “So everybody’s scrambling trying to define what a lost revenue is.”

Even with the stimulus funds and other money hospitals have received, they are still doing worse financially than in years past, said Jim Blake, managing director of the management consulting firm Kaufman Hall of Chicago, which surveys about 900 U.S. hospitals.

In March and April, hospitals faced rising expenses incurred in fighting the coronavirus while their revenue plummeted. Elective procedures were postponed, forcing hospitals to furlough employees.

While the number of patients returning to hospitals has grown since the start of the pandemic, it’s not back to pre-COVID levels, Ryall said. “What we’re seeing is that we’re still going to have financial challenges going forward, even with the assistance that we’ve had,” Ryall said. “It’s going to be ongoing for a while because of the unknown of COVID.”

“It’s hard to emphasize just how bad April was, as a month, for organizations,” said Erik Swanson, a Kaufman Hall vice president. “April had operating margins to the tune of negative 35%. And 100% of the hospitals we surveyed had negative margins.”

Since then, the margins have improved, but the median margins year to date through the end of August were about 2%, compared with 3% or 3.5% in previous years, Swanson said. Without the stimulus funding, hospitals would have had a negative 2.2% margin, year to date.

Baptist Health, which has 11 hospitals in Arkansas, used $23.2 million in pandemic relief revenue to report an operating income of $11.6 million, which is unaudited, for the six-month period that ended June 30, compared with a loss of $1.6 million during the same period a year ago.

But the hospital system also saw its patient revenue fall nearly 5% to $666.3 million in the first half of the year compared with the same period a year ago.

Brent Beaulieu, chief financial officer of Baptist Health, said last month that most of the patient services are back to pre-COVID levels or close to it.

Around the middle of April, the health system furloughed about 350 employees, and another 350 employees saw their hours cut as surgeries were reduced. Total surgeries dropped from 4,082 in Washington Regional’s first quarter of the year to 2,821 in the second quarter. The 425-bed hospital’s net patient service revenue for the second quarter was $65 million, a decline of $23 million from the same quarter in 2019.

The hospital system said in a statement to Arkansas Business that patient volumes in the third quarter are close to what they were pre-COVID. “We continue to see variation in volume with some departments continuing to see decreases while others see a surge in demand,” the hospital said.

Meanwhile, after the pandemic hit the state in March, Baptist Health secured a $50 million line of credit, Baptist’s Beaulieu said. At the time, a lot was unknown about the pandemic, he said.

“We knew some revenue was going to go away,” he said. “But we didn’t know what the government was going to do.”

Baptist Health also furloughed more than 2,000 workers, but they were able to use the extra unemployment benefits provided in the federal stimulus packages “and not harmed financially,” Beaulieu said.

At the end of July, Baptist ended the furloughs and the employees who wanted to return had done so.

When COVID struck, CHI St. Vincent, in addition to furloughing employees, slashed executive pay 10% to 20%, and the pay cuts go through January, Aduddell said. “And then next year, we won’t be increasing executive pay. It’ll go back to where it was the prior year.” 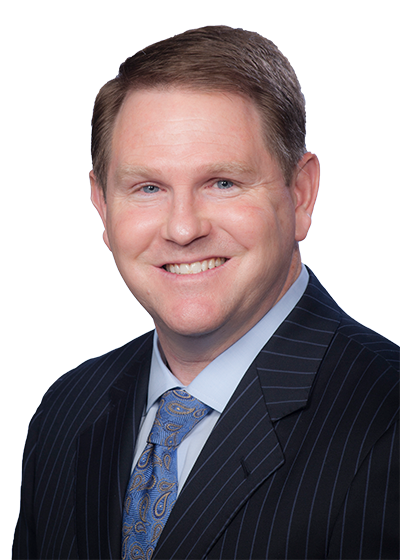 “Just a couple percentage points difference when you’re nearly a billion-dollar organization — it’s huge. It’s going to be millions of dollars over the course of the year. If people aren’t able to get back to work, get coverage, it can really have some long-term ramifications.”

When the ban on elective surgery was lifted in May, St. Bernards saw an increase in patients, many of whom were sicker and required a longer stay in the hospital, said its CFO, Barylske.

Patients still seem to be avoiding hospital emergency departments. Beaulieu said people who might have gone to the emergency room pre-COVID are now going to urgent care centers. And nursing home operators also are being more careful before sending a resident to an emergency room, he said.

Beaulieu said that he thinks that “life is a little slower out there” and activities that would have resulted in a trip to the emergency room aren’t happening during the pandemic.

In the meantime, Beaulieu and other hospital CFOs are running the numbers on what they think they can keep in stimulus funding.

Pandemic advances, deferrals and unrecognized money totaled $257.3 million for Baptist Health in the first half of the year. That amount shows up as a debt on Baptist’s balance sheet, which, along with the $50 million line of credit, increased the liabilities more than $300 million on June 30 compared to Dec. 31.

He said nearly all of that money has been set aside for emergencies and has not been spent, resulting in Baptist’s assets increasing by more than $300 million between Dec. 31 and June 30.

Blake, of Kaufman Hall, said it’s unclear how much hospitals will be able to keep of the federal stimulus funding they received.

Hospitals received advances on Medicare payments, and Medicare will give hospitals less money in the future, he said. “That was supposed to have already started happening, but it’s been deferred now,” Blake said.

When the lower payments are made, “you’re going to have hospitals that are already suffering and now they’re going to get reduced payments.”