Shifting from city to nonprofit ownership could mean a million dollars a year to Magnolia Regional Medical Center, but patients and doctors may see no outward difference.

“For all practical purposes, we’re turning the lights off one day as a city-owned hospital and turning them on the next as a nonprofit,” said Rex Jones, CEO of the 30-bed acute-care hospital, which like most of its rural counterparts has been struggling to survive for several years. “There aren’t going to be significant staffing or structural changes.”

The hospital leadership will stay put, and current board members will fill the board of the new 501(c)(3) nonprofit owner, Magnolia Health System Inc. The signs will still read Magnolia Regional Medical Center.

The transition was set to be completed Thursday, coinciding with the hospital’s new fiscal year, Jones said. State approval of the ownership change was pending, but he was expecting a new state license number late last week, after Arkansas Business’ deadline. That license is required for coordinating with the federal Medicare program.

“We’re at the tail end of the transition, and starting the new fiscal year with the new corporation would let us avoid multiple audits and lost money,” said Jones, who grew up in Umpire (Howard County) and is determined to save the hospital as a local economic engine and community centerpiece.

“The real impetus for this transition was the Medicaid supplemental payment plan,” Jones said, describing how the joint federal and state program reimburses hospitals at different rates than Medicare. As one of just three city-owned hospitals in the state, the Magnolia hospital couldn’t capitalize on collective programs to maximize those reimbursements.

Jones wants children to continue being born in Magnolia and for the 81-year-old hospital — which was rebuilt a decade ago — to keep serving the college town of about 11,000. In that vein, he’s scrounging for every dollar to sustain a hospital that hasn’t broken even in several years, reporting about $20 million in yearly expenses against annual patient revenue of about $19 million. Its 2019 net patient revenue was $19.72 million, leaving a net loss of $786,788. The 227-employee operation had a bed occupancy rate of 28.5%.

A 2007 city sales tax provides MRMC about $600,000 a year, and that plus a multiyear belt-tightening effort have kept the hospital afloat. Still, the benefits of abandoning city ownership beckoned.

“I see a positive path forward, and I’m not just saying that because I’m the CEO,” Jones said. Nonprofit status could help MRMC generate $750,000 to $1 million more each year in federal reimbursement payments unavailable to government-tied entities by letting it participate in a bigger hospital pool in “sort of a trust that sends money to the federal government, then sees that money get matched by the federal government and sent back to the state,” Jones said. “Since we were a city-owned, non-state public hospital, there were only three other hospitals in our group. But [as a nonprofit] we’ll be able to aggregate with some 75 other Arkansas hospitals, and that could be three-quarters of a million to a million dollars better for our facility, because we have a high Medicaid population.”

Smith said city fathers realized after some painful back-and-forth that a hospital that’s “struggled not to go broke for several years” needed every penny it could find. Magnolia Mayor Parnell Vann at first resisted giving the new nonprofit corporation a 30-year lease to the city-owned hospital facility for a dollar a year, but he eventually joined a unanimous City Council in adopting the plan.

The mayor did not respond to repeated requests for comment, but he told magnoliareporter.com in August: “Health care is a must in our city. ... Without it, we can’t bring jobs, we can’t bring industry.”

“The council passed the lease agreement in August, and now everybody’s on board, I think,” said Councilman and former hospital board member Steve Nipper, a retired BancorpSouth executive. “It’s good to make this break at this time, at the beginning of another fiscal year, rather than waiting a month or two and having to have two audits, that sort of thing.” Jones said that he’d also worried about billings. “I had feared a bit of a cash-flow situation for us if we had to wait. Interestingly enough, we’ve gotten COVID [relief package] money, and right now that isn’t a problem for us.” 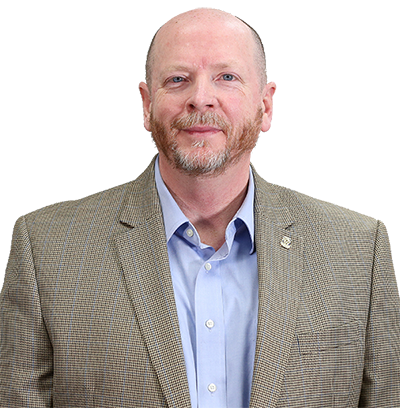 “We’re at the tail end of the transition, and starting the new fiscal year with the new corporation would let us avoid multiple audits and lost money.”

Jones praised U.S. Rep. Bruce Westerman, R-Ark., for helping gain a nonprofit designation from the IRS, and said Timothy C. Ezell of the Friday Eldredge & Clark law firm of Little Rock “was just a huge help” guiding the hospital through the ownership change.

Brandon Gorman, CFO of the 12-hospital Arkansas Rural Health Partnership, which includes MRMC, applauded its move. “By doing this, they’ll be able to participate in a lot more activities through ARHP, and they can move over to participate in our state UPL [upper payment limit] plans. That’s really going to help their bottom line, because before, they couldn’t participate with that bigger number of hospitals,” Gorman said.

Upper payment limit is the federal cap on fee-for-service reimbursement of Medicaid providers, and it has put many city-owned and rural hospitals in a vise. UPL sets a maximum on what state Medicaid programs can pay to types of health providers in the aggregate.

That’s one reason Magnolia had one of the last city-owned hospitals in Arkansas; only Mena Regional Health System in Polk County and Piggott Community Hospital in Clay County remain.

“We have almost $2 million in depreciation expenses to factor in, and some of our shortfall has just been made up with cash in the bank that was put in in better times, but that money has been drawn down considerably,” Jones said. “That’s why we had to make some of these drastic changes a couple of years ago.”

When the Magnolia hospital first opened in 1939, Arkansas was in a long period of small-town hospital building, and the town’s college, now Southern Arkansas University, was still a two-year school. 20th century innovations like X-rays were creating revenue for hospitals, along with surgery and pregnancy care. Birthing became big business for a time, but recently rural hospitals have been closing their obstetric units.

“Our board is committed to try to make sure we always provide that service to the community,” Jones said. “We want kids to be born here for years to come.”

The hospital has cut about 30 jobs, or some 15% of the payroll, since Jones came on board in 2016 after a stint as CEO of Bradley County Regional Medical Center in Warren. But he says the hospital is hiring strategically, recently adding a young general surgeon, Dr. Anselm Tintinu, and looking to recruit an orthopedic surgeon as well as a general practitioner with OB skills.

The Magnolia hospital fuels the local economy with an annual impact of about $33 million, according to an Arkansas Hospital Association economic report, and its payroll tops $13.5 million a year. It treats 1,300 inpatients and 16,000 outpatients a year on average, but inpatient visits declined by about half in 2019 compared with 2018, part of a nationwide trend, Jones said. That, too, added to the hospital’s struggles. Medicare provides nearly half of hospital revenue, but it pays only 87% of treatment costs, and Medicaid pays less, Jones said.

One silver lining during the current pandemic was a state decision to let small hospitals continue with elective surgery.

“When COVID hit, we all told everyone to stay away from hospitals, and elective cases were canceled,” Jones said. “For a lot of hospitals around the country that was the last nail in the coffin. But the state let hospitals under 50 beds continue with elective procedures, and we probably performed 80% of what we would have done. If the state hadn’t made that allowance for small hospitals, it would have been tragic across the state.”