Less than three weeks before Fayetteville voters finished casting their ballots, one of the mayoral candidates was crying foul. Tom Terminella implied that an Oct. 13 lawsuit against him was more than an effort to collect on an $806,300 judgment from 2009.

The complaint alleges that Terminella is engaged in a marital scheme to hide assets from creditors holding millions of dollars of debt he left in his wake after the real estate bubble burst a dozen years ago.

Four days after the case was filed in Benton County Circuit Court, Terminella suggested the litigation was more about tarnishing his second bid for mayor.

The onetime prominent developer came in a distant second to the incumbent, Lioneld Jordan, in the four-candidate Fayetteville mayoral race.

Does Terminella really believe a renewed effort to collect an old debt is part of a political conspiracy?

In an Oct. 17 campaign appearance at Fayetteville’s Wilson Park, Terminella indicated the lawsuit was part of a conspiracy to derail his campaign for mayor.

The alleged conspirators were Jordan and unnamed “banksters,” Terminella’s portmanteau blending of bankers with gangsters.

“These lawsuits were all generated by a lawyer that represents the banksters where all the city money is housed,” Terminella said on Oct. 17 and was captured on video. “That’s how deep this goes.

“I saw them at lunch with Lioneld last week plotting and planning at Herman’s, these lawyers and banksters. I knew it was coming. I said, ‘Here it comes, this Brian Ferguson guy.’”

Ferguson’s collection efforts of a $402,599 debt that had doubled from accrued interest isn’t a recent venture. It started a year ago when he purchased the judgment from First State Bank of Lonoke.

Ferguson denied that his lawsuit was a ploy to generate negative publicity and thwart Terminella’s mayoral aspirations.

“This lawsuit is an action to collect a debt,” said the Rogers lawyer, whose business interests include buying and collecting on outstanding monetary judgments. “It is not politically motivated.

“I do find it interesting that Tom Terminella ran for mayor as a businessman when in court filings he claims to own no businesses, make no money and own no assets.”

Ferguson said whatever Terminella may have seen at Herman’s in early October, he wasn’t part of the picture.

“I can’t remember the last time I ate at Herman’s, but I am sure it was years ago,” Ferguson said. “I liked it, and I probably should return.

“I have no idea what bank the city of Fayetteville uses, nor do I care. I don’t recall ever meeting Mayor Jordan. I did meet with some of his staff in 2009, so it is possible I met him then. I have not talked to him or any of his staff since then.”

Jordan doesn’t recall ever meeting Ferguson either. But he has seen the video with Terminella voicing his conspiracy theory. Jordan said it’s simply not true.

“We were having lunch together, with some bankers and real estate folks, and we were talking about my campaign,” Jordan said. “But we weren’t talking about a big lawsuit against Tom Terminella. That’s not my style.”

The mayor confirmed seeing Terminella at Herman’s that day, where the two dined about 30 feet apart. From his perspective, the only controversy served at lunch came after the fact in the form of Terminella’s on-camera spin. 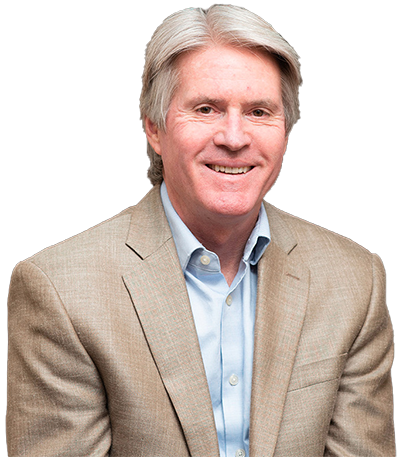 "This lawsuit is an action to collect a debt. It is not politically motivated."

Terminella remains a real estate broker but these days works without pay at The Terminella Co., where his wife, Monica, is president. The company was launched a month before he shut down Terminella & Associates as creditors circled looking for assets.

According to Ferguson’s complaint, Terminella & Associates was dissolved in November 2011, two weeks ahead of First State selling Terminella’s shares in the company. By Ferguson’s reckoning, the formation of The Terminella Co. marked the beginning of a pattern of Terminella hiding assets behind his wife’s corporate skirt as well as other family members.

Ferguson portrays Monica Terminella’s ownership and leadership of the company as a charade created to help her husband avoid paying their creditors.

He alleges that Tom Terminella’s work at the company between 2014 and 2019 produced more than $1 million, and that his wife’s contribution to the business is limited and menial.

Ferguson’s legal jousting with the couple extends to other business ventures, too. In addition to the Terminellas, other named defendants are Monica’s Meadow LLC and Wedington Mine LLC.

“Despite owning Monica’s Meadow, in a recent deposition Monica [Terminella] did not know how much the 14 acres was purchased for, from who it was purchased, what it sold for or who it was sold to,” Ferguson said in his complaint. “She also did not know what caused the increase in value of the property.

“Thus, it is extremely clear that Tom did everything to create the profit Monica’s Meadow enjoyed. … Tom did not receive any compensation for using his time and talents to achieve this gain for Monica’s Meadow. Upon information and belief, Monica has used the income derived from Monica’s Meadow to support Tom’s personal lifestyle.”

Tom Terminella is the manager and director of operations for Wedington Mine but claims no ownership in the dirt mining venture.

Terminella said the business is one of several LLCs owned by family members that he has little to do with, although he sometimes mows the property.

Although the Terminellas reside in Washington County, Ferguson’s lawsuit, filed on behalf of his Halcon V LLC, is tied to Benton County through an April 2009 foreclosure.

The judgment was connected with a loan in default, secured by about 22.5 acres on the western edge of Bentonville.

A month after landing the judgment, First State recovered the property at a foreclosure sale with a credit bid of $800,000, leaving Terminella on the hook for the balance.

The bank’s collection efforts against him went dormant after 2011 and remained so until Ferguson entered the picture in 2019 and began raising fraud allegations.

Legal
Knives Out for Lawyers As Bielema Feud Festers