Being Arkansas’ marijuana accounting “guru” is pretty much everyday business these days, but Curtis Winar of Frost PLLC in Little Rock recalls carrying around briefcases full of cash — not necessarily handcuffed to his wrist — on the streets of Denver.

“That was back in 2011 or ’12,” when Winar, a Washington, D.C., native and an already experienced Colorado CPA, started serving the newly legal cannabis industry there.

“It’s changed quite a bit over the past 10 years,” Winar said. “Back then, accountants weren’t really working in this industry because they’re afraid of losing their licenses.”

Nowadays, some kind of cannabis is legal or becoming legal in 40 states, and all sorts of professionals are serving the industry, even owning dispensaries and cultivation companies.

Legal sales nationwide are projected to surpass $20 billion by 2022, half in medical and half in recreational marijuana, according to the Arcview Group of Oakland, California. State accounting oversight boards, including the Arkansas State Board of Public Accountancy, have accepted legal cannabis as an area of practice with little comment or protest.

Winar, who estimates he represents “maybe half” of the licensed companies in Arkansas’ medical marijuana program, was recruited by Frost in 2017 to help expand Frost’s valuation and litigation services and get in on the ground floor after Arkansans voted in 2016 to legalize medical cannabis. Winar brought Colorado cannabis clients with him, and now serves the industry in eight states, including Oklahoma, Florida, Georgia, Missouri, Illinois and Ohio.

“We provide all services, not just tax guidance, but advice on corporate structuring, consulting, assurance, business valuation and M&A services,” Winar said. “I’m hired a lot as an expert witness in court,” putting values on disputed stakes in cannabis companies. He estimated half of his business is marijuana-related, but said that segment is just part of Frost’s national business in agriculture and food-processing.

Winar still keeps an office in Denver, but he is based in Little Rock as Frost’s director of strategic services, valuation, litigation and forensic accounting.

Winar, who makes presentations to other CPAs on tax tactics in cannabis accounting, looked every inch the Little Rock businessman Wednesday in front of the Simmons Tower Christmas tree in a navy suit and pressed white shirt.

Elephant on the Table 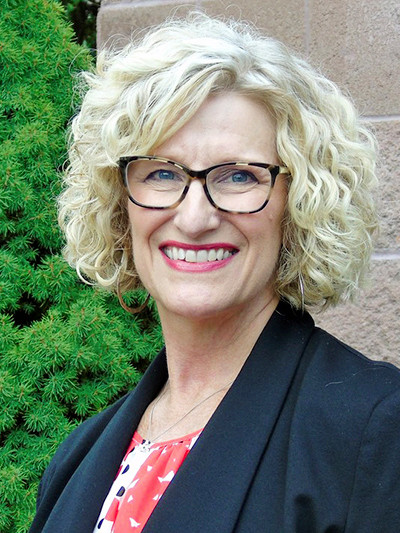 “He’s sort of the guru of that specialty,” said Marsha Moffitt, executive director of the Arkansas Society of Certified Public Accountants. “He came here from Colorado specifically for that, and he’s the one that we always call on to lead those sessions.” Still, as Winar pointed out, there’s one major complication: All marijuana sales are still illegal under federal law, and professionals serving legal cannabis operations could still theoretically be accused of abetting a criminal enterprise. “The regulator, the State Board of Accountancy, has not spoken out against it [serving the cannabis industry] and has not made any rules or anything,” Moffitt said. “But actually, marijuana accounting has not been a big topic of conversation, other than periodically having a session on it during a conference.”

An old Denver business friend of Winar’s, Ron Seigneur, managing partner of the Colorado accounting firm Seigneur Gustafson LLP, told the Journal of Accountancy that the industry may not be a great fit for every accountant.

State boards are overwhelmingly “OK with licensed CPAs working with legal, regulated cannabis businesses as long as you follow all professional standards, including the code of conduct,” Seigneur said. “You still have to use due care and adequate supervision and sufficient relevant evidence and all of those tenets” required of a CPA in public practice. But state approval “doesn’t give us a get-out-of-jail-free card if the feds come knocking” at some point.

“I mean, it’s still illegal on the federal side, and that complicates certain rules on what a company can deduct for tax purposes,” Winar told Arkansas Business, suggesting tax issues alone are reason enough for cannabis companies to seek out a specialist as their CPA.

He cited U.S. Code 280E, which allows no tax deduction or credit for expenditures related to “trafficking in controlled substances.”

“Whether you’re a cultivator or a reseller, dispensary type, you need guidance on what is included in cost of goods sold.” The right tax calculation there could make the difference between a handsome profit and just staying in the black, he said.

“The goal is to maximize your cost of goods sold, because you can’t take normal deductions like marketing, interest expenses, other selling expenses,” Winar said. “You have to make your best decision on how to minimize the impact of lacking those deductions.

“If you’re a dispensary in California, it wouldn’t be uncommon for you to see 70% taxes on your income, maybe more. So it helps to have an accountant prepared to understand the documentation, policies and procedures you want to put in place, who’s ready to open your books to the IRS and is prepared for it. … And you want someone who understands working with such a high-value product in a market with a lot of cash out there as well.”

Which brings us back to cases full of $100 bills, which remain common in Arkansas’ 19-month-old medical cannabis market. One dispensary, Delta Medical Cannabis of Newport, isn’t selling to Green Springs Dispensary in Hot Springs because it deals only in cash, according to Delta President Don Parker, a Jonesboro attorney.

Delta, which uses Little Rock cannabis banking specialist Abaca for its payments, “didn’t want our drivers bringing a bunch of cash back to Newport in the delivery van,” Parker told Arkansas Business. “We made the decision from a safety standpoint for our drivers, and quite frankly, just from an accounting standpoint.”

Dragan Vicentic, Green Springs’ owner, said he had been willing to pursue electronic payments and had asked Delta for a products list, but that the cultivator had cut off correspondence with him. He also noted that, from the standpoint of safety, the marijuana products being hauled are almost as valuable as cash from a thief’s perspective. He said he routinely pays for orders of up to $180,000 a week, all in cash.

“We have used cash because marijuana is not federally legal,” Vicentic said. “You really don’t want to deposit the money in a federally insured bank account from the beginning, for a plethora of reasons. So I was very amazed [when Parker] made that request. But I would have been willing to do it. But they stopped responding to my messages.”

Winar admits much work remains to be done to improve the industry’s banking problems, though they’re far less worrisome than they were a decade ago.

“While there’s probably 470 banks around the country providing services to this industry, there are still limits like allowing only a certain number of deposits by cannabis companies,” he said. “There are banking companies making a specialty of cannabis, like Abaca here in Arkansas, accepting all the difficulties of working in this industry, addressing all the regulatory issues, etc.”

Most banks are still wary of compliance costs, and others will shut down bank accounts if they discover the account holder is a marijuana business, Winar said.

“We have a client here in Arkansas who had to get probably a million dollars in Western Union checks, put them in an envelope and send them to the IRS because the offices were closed. And you can’t trace that. You just have to hope that they got the money.”