There are few things more pleasing to a builder than breaking ground.

When the COVID-19 pandemic hit the United States in the early spring, the construction industry was in doubt, like many other economic sectors.

It turned out to be sounder than most.

Construction executives in Arkansas said that, for the most part, project work has continued fairly normally considering the circumstances. And the prospects for future work appear to be fundamentally the same.

But even Arkansas’ relatively stable work environment differs from company to company, varying by the clients and their industries.

Greg Fogle, the COO of Nabholz in Conway, said several projects were postponed early in the pandemic, but he called those the “exception rather than the rule” for his company. In a case of making lemonade, Nabholz used the vacating of office spaces as an opportunity to do renovation work that wouldn’t have been possible if the offices had been occupied.

“We have not seen a decline in current projects or in the pipeline of projects,” Fogle said. “It isn’t to say that might not happen, and it really is dependent on each customer.”

Scott Copas, the CEO of Baldwin & Shell in Little Rock, said his company felt the pandemic effects a bit differently than others in the industry. Baldwin & Shell had a handful of medical and school projects, which were immediately postponed because of questions about the financial fallout on those clients. It didn’t make sense to build a school building if the pandemic was going to force students to study from home.

Copas said Baldwin & Shell had to stop work on medical projects in seven states, but even those are restarting now. There are some complications because material manufacturers also had delays.

“They are slowly starting back up,” Copas said. “It depends on whether that is in a hot spot or not.”

CR Crawford Construction in Fayetteville does a lot of work for the poultry industry, which has certainly been at the forefront of the pandemic. Several plants nationwide have been temporarily closed because of a rash of positive cases among the workers laboring in close quarters pre-pandemic.

“Our industrial clients did put a longer pause on stuff, but they are starting to come back at the first of the year,” said Jason Keathley, vice president of estimating and preconstruction at CR Crawford. “They didn’t know what kind of capital expenditures they were going to have to modify their current facilities to adapt. Most of them paused on any kind of major capital expenditures until they figured that all out.”

The executives expressed optimism about getting shovels in the dirt soon for future projects in the pipeline, but there are dark clouds because the pandemic is showing no signs of letting up.

Vaccines appear to hold promise in controlling the coronavirus, but medical experts warn that nationwide vaccinations could take quite a while. And a company that used its financial cushion to survive 2020 might not be in a position to spend money on capital improvements in 2021.

“All of our clients are optimistic about getting back to normal in 2021,” said Derek Alley, the managing director of VCC Construction in Little Rock. “It may still be slower than a normalized year like 2019. We aren’t projecting full recovery to pre-pandemic levels, but I can see a scenario where that is the case. 2021 could be our best year ever or it could be a continued recovery year.

“In any case, it will be better [than 2020] with more confidence in seeing projects mobilized than we saw this year. The story remains to be written.”

Copas said Baldwin & Shell should be busy in 2021 because of the number of projects it has lined up. Some are new projects and some are the projects that were delayed in the early months of the pandemic.

“We have a huge backlog, maybe one of the biggest we have ever had,” Copas said. “We are fortunate in that, assuming the clients move forward. We are relying on that and we haven’t heard any different.

“Some projects are moving forward, but they aren’t going to start until next year. The backlog is there, assuming they don’t cancel or they are affected significantly from COVID from a financial standpoint.”

Copas said he believes the financial slowdown is temporary and not reflective of the underlying strength of the economy. Once the pandemic abates, there should be a quick recovery.

“The economy is waiting to take off,” Copas said. “It is just sitting on the edge ready to go. We’re not seeing the normal signs of a downfall in the economy. We are seeing an economy that is ready to kick back off, as soon as they get an answer to this.” 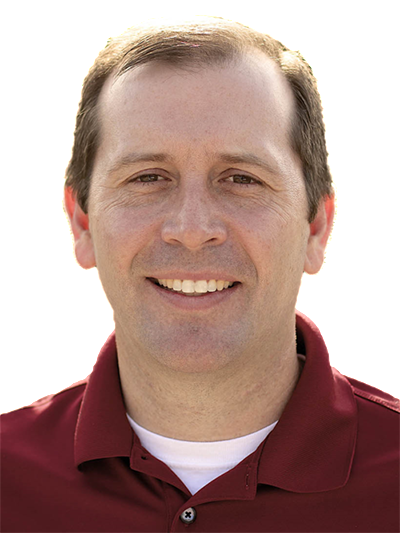 "Our industrial clients did put a longer pause on stuff, but they are starting to come back at the first of the year."

Waiting on an Answer

With some 290,000 COVID-19 deaths in the United States already and the Centers for Disease Control & Prevention director predicting as many as 450,000 by the end of February, the pandemic could continue to cause economic chaos.

Those ominous clouds mean that projects in the pipeline could stay there if the health situation doesn’t improve or worsens.

“Obviously anybody who watches the news has heard that, and it is concerning to say the least,” Fogle said. “But I know that no one really knows and that is kind of where we are.”

Keathley said a longtime client recently gave the go-ahead on a restaurant in Fort Smith. CR Crawford broke ground on the site and plans construction to begin soon.

“I think we are going to be just as busy or busier next year than we were this year,” Keathley said. “We have clients who are going to build hotels and are still in the process of designing and moving forward. They haven’t slowed down.”

Fogle said that while the pandemic did affect business, delays and cancellations are not unheard of in the construction industry. There are a host of reasons why projects die or get delayed; the pandemic is just a unique one this year.

Alley said robust growth areas such as Dallas and northwest Arkansas haven’t seen much lag at all. As the industry gets more economic clarity, it will adapt and continue to work.

“We pride ourselves on being long-term thinkers and planners, but we are in a short-term world right now,” Alley said. “There are great projects on the table that are going to happen. I have no doubt in my mind that the projects will eventually happen, but are they Q1 next year or Q4 next year or [do they] get pushed to 2022?”