Nursing Now: Have Scrubs, Will Travel

With some hospitals nearly full with COVID-19 patients, the demand for nurses has soared across the country in recent weeks, as some providers dangle pay packages worth $7,000 a week to attract nurses.


Prices for some travel nurses have tripled since the end of September, said Diana Wright, the founder and owner of The Right Solutions of Springdale, a nurse staffing agency that handles scheduling, housing and travel arrangements for temporary-duty nurses in all 50 states. “And it’s because you can’t get enough nurses now.”

Desperate for nurses, hospitals have driven up the prices to get them. “Hospitals are competing with each other, hospitals in other states and travel agencies for nursing,” said Bo Ryall, the president and CEO of the Arkansas Hospital Association.

Meanwhile, nurse staffing agencies and others are scrambling to place nurses in hospitals as fast as possible.

Last month, Gov. Asa Hutchinson announced that the Arkansas Board of Nursing could grant temporary permits to nursing school graduates or experienced nurses, allowing them to go to work immediately while waiting on their documents to be submitted for full licensure. “The temporary permits are going out in 24 hours or less,” said Sue Tedford, director of the Arkansas Board of Nursing.

Previously, new graduates couldn’t have a temporary permit until the board received all their documentation, including a federal background check, which has taken up to two months.

And the need for nurses is expected to last at least through the first two quarters of next year as a vaccine is distributed.

Meanwhile, COVID cases show no sign of slowing down.

On Wednesday, the U.S. reported a daily record of more than 3,000 deaths from the virus, bringing the total death count to more than 285,000 since the pandemic began.

On Wednesday, 106,688 people were in a hospital, nearly 21,000 in an intensive care unit and 7,600 on ventilators throughout the United States, according to the COVID Tracking Project, a volunteer organization initiated by The Atlantic.

That’s a threefold increase in patients in three months. On Sept. 11, 31,529 people were hospitalized from COVID, the project said.

The rising pandemic cases have left the nurses tired and stressed, Tedford said.“They’re working very long hours,” she said. “It’s very stressful when you have patient after patient die.”

The demand for nurses is about three and a half times greater than at this time last year, said Tim McKenzie, president and CEO of Travel Nurse Across America of North Little Rock.

“The demand today is huge across a broad section of hospitals,” he said. Hospitals “are all crying for help, and across all specialties,” but it’s particularly high for nurses eligible to work in the ICU or emergency room and as respiratory therapists and medical surgical nurses.

Large health systems may need hundreds of nurses, and they are willing to drive prices up to get them. “So if the high was X, they’ll go to X plus $10 an hour,” said James Quick, president of Simplifi, which offers staffing services to health systems and is a division of Travel Nurse Across America. “And that forces really everyone in the market to respond.” 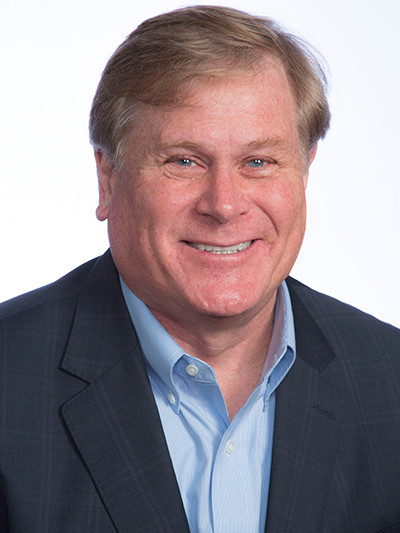 As a result, the rate for all nurses is about 25% higher than it was this time last year, McKenzie said. In certain specialties and in certain parts of the country, however, where the demand is high and the supply is low, the rates could be 40%-70% higher than they were last year, he said.

McKenzie said most of the money a hospital pays for the nurse goes to the nurse, with the agency getting a “little bit” of the pay for negotiating the pay package for a 13-week assignment.

He said revenue is projected to be up about 20% in 2020 over 2019, even though most nurses were sent home in the second quarter when scheduled surgeries were canceled as hospitals braced themselves for what they thought would be a surge of COVID patients.

Around the end of March, in the early days of the pandemic, hospitals projected they would need more nurses to treat COVID patients. But those patients didn’t appear.

About that time, the number of travel nurse job openings went from about 5,000 a day to 50, said Wright of The Right Solutions, which is also known as TRS Healthcare.

And the TRS nurses who were working in hospitals in New York and California, where the surge of patients was expected, never saw an influx, she said.

“So I was really wondering where was this pandemic,” Wright said. In March and April, several states were in lockdown trying to slow the virus.

“So then we saw a spike after Memorial Day weekend and the Fourth of July,” she said. Then COVID spread as businesses reopened and more people gathered together. Around September, the need for nurses started to climb again, Wright observed.

In addition to the rise of COVID patients, hospitals were preparing for winter, when people are the sickest, Wright said. The travel nurse industry is seasonal and Oct. 15 through May 1 is the busy time, she said.

Some nurses on hospital staffs weren’t able to work because they were ill with COVID themselves or quarantined because of the disease, adding to the nursing shortage.

To get nurses to hospitals faster, Travel Nurse Across America streamlined its application and vetting process.

Last year, McKenzie said, that process averaged about 73 hours from when a resume was submitted to an offer from a hospital. Now, it’s down to about 55 hours. And in specialties, such as ICU nurses, it could take two to six hours.

With about 1,700 nurses in the field, TNAA is the eighth-largest nurse staffing agency in the country, McKenzie said. He said the company is expected to grow in market share and recently had a record 290 bookings in a week for 13-week assignments.

The health care recruiting firm NurseFly posted on its website that some health care providers are offering pay packages worth more than $7,000 per week to ICU travel nurses.

But in most cases, nurses who work for hospitals aren’t being lured by high pay for the travel nurses, and are sticking with their employers, McKenzie said.

Wright, however, said some providers are so desperate for ICU nurses that they have asked her to cancel a nurse’s signed contract with another provider and award the nurse to that provider. Wright declined. “That’s not the way we do business,” she said.

McKenzie, of TNAA, said he thinks the high demand for nurses will continue through the middle of next year, even once a vaccine is widely distributed and the nation approaches something close to normal activities.

“I still think there’s a pent-up demand for just normal health care that people are delaying if they can,” he said. “It’s not like we got healthier as a society by sheltering at home.”