What to Expect From the Biden Administration (In the Workplace 2021)

by Jennifer Smith, Stuart Jackson and Shelby Howlett
Article sent successfully!
We were unable to send the article.

With the fast-approaching inauguration of President-elect Joe Biden, what can Arkansas businesses expect to see over the next four years from an employment perspective?

Biden hopes to preserve and build upon the Affordable Care Act. His plan includes adding a public option to provide individuals with an additional choice of accepting employer coverage or purchasing a plan through the private market.

The public option would be similar to Medicare in some respects in that it will aim to reduce patient costs through price negotiations, coordination of care between providers and elimination of co-payments for primary care services.

Another goal of the plan is to help small businesses that are finding it financially difficult to provide coverage for employees under the employer mandate or “pay or play provisions” of the act.

Details on this relief have not been disclosed, but we expect that either the threshold for employers who are required to offer coverage will be increased, or measures will be taken to make employer premiums more affordable.

An additional goal of Biden’s plan is to reduce the cost of coverage on the individual marketplace from a maximum of 9.86% of income to 8.5%. It isn’t clear whether Biden’s plan will also reduce the amount an employee is required to pay for employer-sponsored coverage.

Currently, large employers who are required to provide health insurance coverage must limit the employee’s share of the premium to a maximum of 9.78% of the employee’s household income. The IRS adjusts this percentage annually, and it is scheduled to increase slightly in 2021 to 9.83%. We don’t yet know if Biden’s plan will reduce the amount employees are required to pay for employer-sponsored health coverage, or what impact, if any, Biden’s plan will have on the employer mandate.

Whether Biden will be successful in making any changes to the Affordable Care Act hinges on the U.S. Supreme Court’s decision in California v. Texas, the case challenging the act. Oral arguments were held on Nov. 10, and while at least two conservative justices signaled that the act is likely to be upheld, a decision may not be issued until June 2021.

Until then, any significant changes in the Affordable Care Act are unlikely. Even if the law is upheld, whether Biden will be able to garner enough support from Congress to amend the law remains to be seen.

We have speculated over the past four years that the federal government would at some point in the next decade follow the lead of now 36 states and legalize medical and/or recreational marijuana. We now think that will happen during the Biden administration.

In fact, Biden has stated that he will “decriminalize cannabis use, seek to expunge prior [cannabis] convictions, support the legalization of cannabis for medical purposes, leave decisions regarding legalization for recreational use up to the states, and reschedule cannabis as a Schedule II drug so researchers can study its positive and negative impacts.”

The House of Representatives passed a bill in early December decriminalizing marijuana. Given the ever-growing number of states that are approving medical marijuana, the House’s willingness to follow the states, and an incoming president who has unequivocally stated his intentions, be ready for this shift in national policy.

We expect the paid leave provisions of the Families First Coronavirus Response Act to be supplemented and extended past their original end date of Dec. 31.

As you may know, Congress passed a bill the week of Christmas that extended for another three months the tax credits for private employers who choose to voluntarily provide FFCRA leave after Dec. 31, but that leave is not mandated. With COVID-related illnesses and hospitalizations rising dramatically across the nation, do not be surprised to see a deal struck for additional mandated leave even if the Republican Party still controls the Senate after the elections in Georgia.

As a reminder, employees of private businesses with fewer than 500 employees and certain public sector employers must offer up to two weeks of paid leave (some leave is at full pay, some at 2/3 pay) for specific COVID-related reasons and up to twelve weeks of leave (at 2/3 pay) for COVID-related school and daycare closures through the end of 2020.

We would not be surprised to see additional time added to both types of leave, with an extended deadline of at least March 31, even if the Republicans maintain control of the Senate.

And another possible push — requiring "regular" FMLA leave, which is normally unpaid, to be reclassified as paid leave through a national program. Biden supports passing legislation that will provide 12 weeks of paid leave for workers for their own or a family member's serious health condition. Perhaps the Biden administration and Congress split the baby by making FMLA partially (but not fully) paid, or perhaps the focus is placed on providing eligible employees with paid maternity and paternity leave or a certain amount of paid sick leave. A lot depends on which party controls the Senate in our estimation, as well as whether "centrist" senators from both parties support this legislation given the Senate's 60-vote cloture rule.

The EEOC and Other Civil Rights Initiatives

The Society for Human Resources recently released research indicating that “workplace equity” was one of the highest employee concerns going into the election. Coupling that with the Biden Administration’s plan to significantly increase the EEOC’s funding and reinstate information-collection efforts to include data on earnings gaps by race and gender, our guess is that the EEOC will have a much greater “presence” during the next four years, regardless of which party controls the Senate.

The wildcard for 2021 — how will COVID-19 affect EEOC investigations?  Our guess is that the EEOC will continue to pursue phone and “virtual” investigations — which we have heard are running smoothly — until vaccines are widely available. We do not anticipate a rush back to the on-site investigations of the past.

Biden has also voiced support for the Bringing an End to Harassment by Enhancing Accountability and Rejecting Discrimination in the Workplace (BE HEARD) Act, which would mandate certain employers have non-discrimination and anti-harassment policies and employee training.

The BE HEARD Act would also expand the role of the EEOC by requiring it to offer policy, training and other technical assistance resources to employers.

Finally, the incoming Biden administration has made it a priority to pass The Equality Act, which was originally introduced in the House in 2019.  That act seeks to solidify and add to protections in place against discrimination on the basis of a) sex, sexual orientation or gender identity, and b) pregnancy, childbirth or a related medical condition of an individual in a variety of settings, including employment.

Unions and the National Labor Relations Board

Biden ran on a platform of strengthening unionization and collective bargaining. He is a supporter of the Protecting the Right to Organize (PRO) Act, which was passed by the House earlier this year and, if enacted, would significantly strengthen workers’ abilities to organize.

Biden has stated that he plans to go beyond the PRO Act and enact legislation to impose even stiffer penalties on corporations and company executives when they interfere with organizing efforts.

Even if the PRO Act does not come to fruition, we expect to see changes to the landscape of unionization and collective bargaining. The National Labor Relations Board’s (NLRB) pendulum will likely start to swing back left under the Biden administration. Biden has stated that he will appoint NLRB members who will encourage union organizing and collective bargaining. Furthermore, he supports giving the NLRB the power to force employers found to be bargaining in bad faith back to the negotiating table.

We also expect the Biden administration to push for less arbitration regarding labor disputes. The president-elect supports enacting legislation to ban employers from requiring workers to agree to mandatory individual arbitration, as called for in the PRO Act. This could result in an increase of employment cases (especially wage and hour cases) in the courts.

If the Biden administration has its way, it will increase the federal minimum wage, which is currently $7.25 per hour, to $15 per hour by 2026.

Eight states, including New York, California and most recently Florida, have already enacted a $15 minimum wage. As of Jan. 1, Arkansas’ minimum wage will be $11 per hour.

As with many of the agenda items for the incoming Biden administration, a lot rides on the results of the two Georgia Senate elections in January.  And even if the Democrats control the Senate, Biden’s legislative agenda may need support from centrists of both parties given Senate rules related to cloture.

Biden has indicated that he intends to work with Congress to establish a federal standard for classifying employees and independent contractors.

Biden supports establishing a standard modeled on California’s test, which classifies a worker as an employee unless the worker (1) is free from the control and direction of the hiring entity; (2) performs work that is outside the usual course of the hiring entity’s business; and (3) is customarily engaged in an independently established trade, occupation or business of the same nature as that involved in the work performed.  Using this test would greatly increase the number of workers that are classified as employees rather than independent contractors. Employees generally enjoy more benefits and protections than independent contractors and an increase in the number of employees a company has can impact the company’s responsibilities in regard to taxes, Social Security, Medicare and more.

We expect that the Biden administration will also increase the number of investigations in labor and employment enforcement agencies and focus on anti-misclassification efforts. Furthermore, we foresee a stiffer punishment for businesses that misclassify their workers. The president-elect has stated that he supports enacting legislation that makes it a “substantive violation of law” to intentionally misclassify employees as independent contractors. 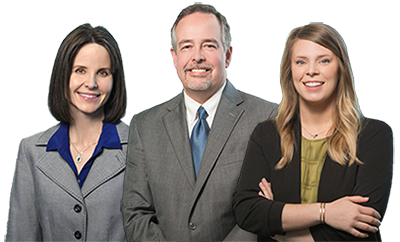 Stuart Jackson is a partner on the Labor & Employment Team at WLJ in Little Rock. He has been practicing in the labor and employment field for more than 28 years. His recent focus has been helping businesses understand laws related to COVID-related leave, medical marijuana and defending wage and hour collective/class actions.

1
Huckabees Turning From Sunshine to Opportunity