200 Years of Rose Law, But a Rather Quiet Party

The 200th anniversary celebration of the Rose Law Firm on Nov. 1 wasn’t exactly how Robyn Allmendinger planned it.

Allmendinger, the managing member of the oldest law firm west of the Mississippi River, wanted a large celebration at the firm’s Little Rock office at 119 E. Third St., where it has been since the early 1980s.

“Even in June, I was trying to be the eternal optimist, thinking we might still be able to do this,” she said.

But the pandemic changed the party plans. “We were sad that we weren’t able to have that big celebration and have our clients and our firm alumni come and join with us in person,” she said.

Still, the full-service business law firm held a press conference on Nov. 1 during which Allmendinger announced the firm would donate $200,000 to legal aid and nonprofit organizations in Arkansas to commemorate its anniversary.

Allmendinger said the firm has survived for two centuries because of “our people and the leadership that we’ve had over the years.”

The firm notes that it has produced two chief justices and two associate justices of the Arkansas Supreme Court, one president of the American Bar Association and two U.S. senators, one of whom was Hillary Rodham Clinton, who also happens to be a former first lady of Arkansas and the United States and a U.S. secretary of state.

And the Rose firm has clients who “have been with us for generations and generations, and have stuck with us, and we have stuck with them,” Allmendinger said. Those client relationships “have allowed us to survive for 200 years.” 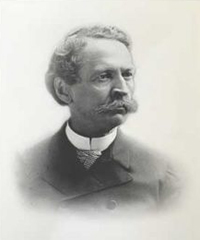 Allmendinger, who became Rose’s first female managing member in 2018, said the firm is in a position to grow by adding specialists in some of its practice areas. She said the firm also is focused on growth in the areas of diversity and inclusion. “We do have diversity in gender,” she said. But she would like to add more racial diversity to the firm and has made that a priority. “We know we’re lacking in that area,” she said. “And that’s definitely a growth opportunity for us.”

The firm has 27 attorneys in Little Rock and five in its Fayetteville office, which opened in 2017. In June, it was in a three-way tie for eighth place on the list of largest law firm in the state ranked by licensed attorneys.

On Nov. 1, 1820, attorneys Robert Crittenden and Chester Ashley agreed to start a law practice. At that time, the legal work involved managing or dividing up the real estate in the Arkansas territory, said Paul Parnell, a member and chief financial officer of the Rose firm. Arkansas didn’t become a state until 1836.

In addition to real estate transactions, Crittenden and Ashley also handled disputes, Parnell said. But the partnership didn’t last long. In 1826, Crittenden and Ashley had a falling-out over a bond or payment that had been forged by someone who was supposed to deliver it from Little Rock to New Orleans, Parnell said. “Mr. Crittenden took one side and Mr. Ashley took the other side,” he said. “That’s when they went their separate ways.”

Ashley continued the firm, though.

A big change came when attorney U.M. Rose joined the firm in 1865. The prominent attorney was a founding member of the American Bar Association and was known across the country. One U.S. Supreme Court justice commented that Rose “was the ablest lawyer to practice before the court that particular year in the 1880s,” Parnell said.

Rose has been part of the firm’s name since 1865, and in 1980, the firm formally changed its name to Rose Law Firm, a Professional Association.

The 1990s were a challenging time for the firm, as Hillary Clinton’s business dealings with Whitewater, the Marion County real estate venture, were investigated by Independent Counsel Kenneth Starr. Also caught up in the investigation was Webster Hubbell, a former partner with Clinton at the firm. He pleaded guilty to overbilling during his tenure at the Rose firm and was sentenced in 1995 to almost two years in federal prison.

Rose’s managing partner Ron Clark guided the firm during the 1990s. “That could have been a time when we crumbled,” Allmendinger said. “But … due to his steadfast, calm leadership and presence, we were able to survive all of that.”