by Josh Davenport
Article sent successfully!
We were unable to send the article.

Each February, brands line up to air ads in the most highly anticipated, and heavily watched, football game of the year.

At upwards of $5 million for a 30-second spot, it isn't a cheap gamble. There's a lot of money (and time) on the line, and every aspect of the commercial must be flawlessly executed. So, if it's big game-worthy, then you know brands must consider it a worthwhile investment. One thing 2021's ads confirm: electric vehicles (EV) are the future.

This year, automakers doubled down on an all-electric future, including with some of our nation's favorite comedians — Will Ferrell, Kenan Thompson and Awkwafina — in a 60-second spot by GM.

The commercial capitalizes on publicity surrounding the company's pledge to bring 30 new electric vehicle models to market by 2025. It's a market trend that's only expected to accelerate. In fact, studies predict the number of EVs in the U.S. to reach more than 18 million within the next decade alone.

Arkansas is no stranger to EV growth. Every day in our state, there are more EV models on our roads. An increasing number of local companies, including Seal Solar, are embracing new technologies, such as residential and commercial EV chargers, to better meet demand and rapidly changing consumer preferences. But there's still incredible room for growth.

According to the U.S. Department of Energy's Alternative Fuels Data Center, the number of EV charging stations in Arkansas still pales in comparison to other states and more urban areas of the country. We need to put the pedal to the metal — and fast. Along with renewable energy technologies like solar, EVs have the potential to be a huge driver of our state's economy. By encouraging and investing in this field, Arkansas has a chance to be in the front seat of the growth. 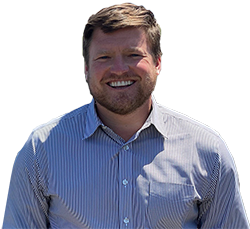 Josh Davenport is co-founder and CEO of Seal Solar of North Little Rock, which provides solar services to homeowners, businesses, government entities and farmers across the state.