Even Jacob “Kade” Holliday’s mother lent thousands of dollars to her son before it was discovered that the former Craighead County clerk allegedly embezzled more than $1.6 million from taxpayers.

Joan Holliday said in a deposition taken in August that her 32-year-old son had used her family’s 120-acre farm in Lawrence County as collateral for a line of credit that he used to borrow $600,000. (She didn’t say when he borrowed the money.) Joan Holliday had inherited the property from her parents. The farm didn’t have any employees, but it did have a house, shop and a grain bin on it.

Joan Holliday said in the deposition that she didn’t know what her son used the $600,000 for, but she assumed it went to one of his businesses.

At the time of the deposition last summer, the farm was being sold. She said it was worth about $600,000, so she expected to have nothing left after paying off her son’s line of credit. 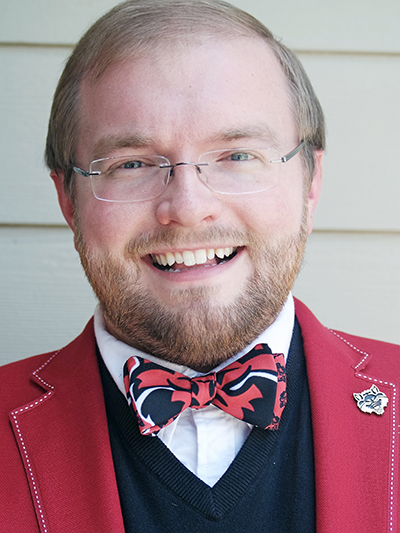 Joan Holliday also said during the deposition that her adult son borrowed money from her a few times to put into the meal preparation company, Twisted Foods of Jonesboro, that he had an ownership interest in.

She said Kade would say to her “Mother, … I need to borrow $3,000” to help with payroll or a piece of equipment.

“It’s just kind of a blanket request,” she said. “If your child asks you for money, you give it to them.”

Joan Holliday also said she was shocked when she learned her son in September 2019 had pledged $500,000 to his alma mater, Arkansas State University in Jonesboro, for a professorship and scholarship in jazz studies.

She said she was surprised that her son would have that much money to donate to A-State. But she didn’t ask him how he could afford the gift or how he planned to come up with the money.

In December, Kade Holliday was indicted in U.S. District Court on 11 counts of federal wire fraud for allegedly taking more than $1.4 million in county money for his personal use. He is scheduled to be tried in federal court on Oct. 18.

Meanwhile, hundreds of Kade Holliday’s personal items are for sale as part of his bankruptcy liquidation case.

Holliday, as you recall, filed for Chapter 7 bankruptcy liquidation in October, listing $3.8 million in debts and $1.6 million in assets.

Bidding started last week and ends at 6 p.m. on March 12.