Crystal Kohanke has been named senior vice president and chief people officer of Arkansas Children’s Inc. She will lead the human resources division of two children’s hospitals, statewide clinics, a philanthropic foundation and a research institute.


Kohanke previously worked in Texas where she was the group vice president of human resources for Christus Health. She was responsible for 11 adult hospitals and the Children’s Hospital of San Antonio. Kohanke has a bachelor’s in accounting from St. Mary’s University and a master of science in human resource management systems from Chapman University.


Dr. Charles Lowry Barnes has been named by Becker’s Healthcare as one of “65 total knee replacement surgeons to know.”


Barnes is chair of the Department of Orthopaedic Surgery at the University of Arkansas for Medical Sciences and president of the American Association of Hip & Knee Surgeons. He is the only surgeon from Arkansas to be named to the list.

Barnes obtained his degree from UAMS and did his fellowship at Harvard Medical School and Brigham & Women’s Hospital in Boston. 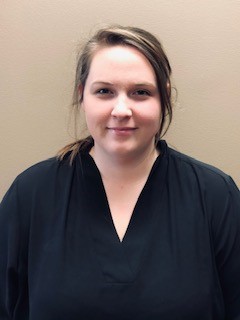 Ashley Coffman has been hired by Methodist Family Health to serve as a qualified behavioral health professional in Vilonia.

Coffman worked at Quality Control Child Care for the past five years.

She has an associate degree in early childhood education and is pursuing a bachelor’s degree in human services.

Dr. Brian Wayne, Dr. Krishnappa Prasad, Dr. Dana Abraham and Dr. Kay Chandler have been elected to the board of the Pulaski County Medical Society.

David Porter and state Rep. Carlton Wing and have been named to Carelink’s board of directors for 2021. Carelink, based in central Arkansas, provides resources to older residents and their families. Wing, owner of Wing Media Group, represents District 38 in North Little Rock. Porter, who has previously served on the board, is chief executive officer and principal architect at Polk Stanley Wilcox of Little Rock.