“Certainly within recent years, it was a banner year for loan volume,” said Sam Walls III, president and chief operating officer of Arkansas Capital Corp., a private, nonprofit lending venture. “We’ve had other years with more revenue. If you look at lending activity, then yeah, and that’s because of PPP lending. We were in a very good place to help with that.”

In addition to working with its bank partners to help plug borrowers into the Small Business Administration’s Paycheck Protection Program, Arkansas Capital Corp. also did a lot of work with borrowers seeking financial relief from the pandemic fallout.

“Our people reached out to us directly, and we proactively reached out to other groups that worked with underserved communities,” Walls said. “We tried to get the word out that if you’re having trouble with the PPP process or know someone who is, we’ll try to help.”

During the third quarter last year, ACC held about $55 million worth of PPP loans, a total that would’ve ranked No. 11 among the biggest banks in Arkansas at the time.

“We punched way above our weight class, if you will,” said Walls, noting the long hours and weekend work by ACC’s 19 staffers to get borrowers’ PPP paperwork in order. “We were the economic first responders. We were an important part of the machine that kept things going. We’re proud of our participation.”

The PPP loans ranged into the microlending sphere, down to $800 for a grandmother doing in-home care and $379 for an independent filmmaker.

“That was the smallest loan we did,” said Rush Deacon, CEO of Arkansas Capital Corp. “We’re very relevant during tough times. We’re proud of what we do and what our reputation is.”

Of its 2020 loan total, more than $60.7 million flowed through ACC and its Six Bridges Capital Corp. The roots of Six Bridges can be traced to SBA loans such as the 504 program, which offers long-term, low-interest financing up to $5 million for the purchase of commercial real estate, equipment and other fixed assets that have a minimum useful life of 10 years.

One long-hoped-for project came to fruition last year thanks to Heartland Renaissance providing the final piece of a funding puzzle. The addition of $6 million worth of New Market Tax Credits pushed development of a 30,000-SF grocery store in an underserved, predominantly black community in Oklahoma City to the finish line.

“New Market Tax Credits got them there,” Walls said. “Without us involved, there is no grocery store project.

“We’ve done grocery stores before, but I’ve never been to a grocery store groundbreaking where people were crying. This was a big deal to the community.”

The Homeland supermarket, owned and operated by HAC Inc. of Oklahoma City, is scheduled to open in fall 2021. Getting a full-service grocery store for the northeast part of the city was a project more than 20 years in the making. 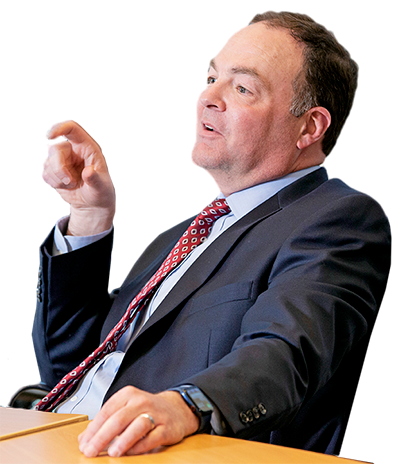 “We tried to get the word out that if you’re having trouble with the PPP process or know someone who is, we’ll try to help.”

The effort marked Arkansas Capital Corp. stepping into a broader footprint for deals in neighboring states.

“Arkansas is still our core,” Walls said. “We’ve expanded our outreach. As we do a better job of that, more people will reach out to us.”

Funding deals for a rural peanut processing facility in Missouri, a wood pellet plant in Mississippi and a grocery store in an underserved part of Tulsa are among the economic development projects ACC is working on outside Arkansas.

“The last two years, we’ve been more thoughtful about underserved gaps,” Deacon said. “How can we do a better job? How can we help you?”

Walls said the market disruption caused by the coronavirus slowed ACC’s 2020 goal of becoming more proactive to connect with would-be borrowers who can’t make inroads through traditional lending channels. “We’re circling back to something we thought we’d be a year ahead on,” he said. “We’re taking a deeper, deeper dive to serve the underserved community.

“When you get into lending, what is the barrier to entry? Everyone is trying to figure it out. Is it a collateral issue? Is it a credit history issue? Where can we find a source of capital to level the playing field?

“We’re not a higher risk lender. We are a non-depository lender, and we can dig a little deeper with the lending metrics. We’re really good with the maybes.”

As a private nonprofit economic enterprise, Arkansas Capital Corp. falls under the regulatory purview of the Arkansas State Bank Department. The group’s financial accountability extends to other agencies as well.

“We’re always kind of under the possibility of someone walking in the door to examine our books,” Walls said. 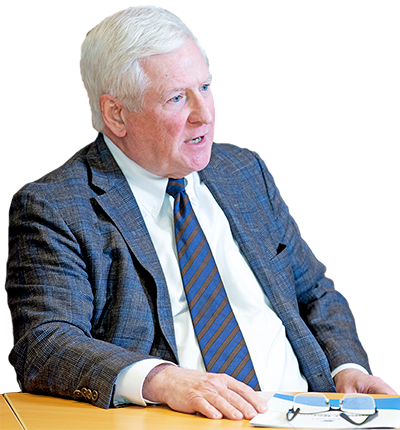 “The last two years, we’ve been more thoughtful about underserved gaps. How can we do a better job? How can we help you?”

Until a few years ago, the state and Arkansas Capital Corp. had direct financial ties.

State loans provided capital for ACC to leverage for mission lending. Those loans from the state, totaling $41.5 million, were repaid more than five years ago.

With the market disruption of the pandemic leveling out, he foresees good things ahead for funding deals that will make a difference in underserved areas.

“I’m bullish on 2021 and 2022,” Walls said. “I see a lot of opportunity for us to have an impact, and I’m excited about that. We’re going to have some really good stories to tell.”