Four Arkansas cities and their surrounding areas face demotion and possible economic repercussions if a proposed statistical change is adopted by the federal Office of Management & Budget.

The OMB received the recommendation from a study committee to double the core population required for designation as a metropolitan statistical area from 50,000 to 100,000. The recommendation was publicized in January just before President Joe Biden’s inauguration and a public comment period ended in mid-March.

If the population threshold is changed, current Arkansas MSAs that are based around Hot Springs, Jonesboro, Pine Bluff and Texarkana would be redesignated as micropolitan statistical areas. While the Jonesboro and Texarkana MSAs have total populations of more than 100,000, the designation requires a core urban area — usually a single city — to be over the minimum threshold, currently at 50,000.

“This is a significant change they are recommending,” said Mark Young, CEO of the Jonesboro Regional Chamber of Commerce.

City planners and developers such as Young said that many government agencies, such as the departments of Transportation and Housing & Urban Development use the population statistics as part of their funding criteria. A demotion to micropolitan statistical status could threaten numerous funding mechanisms the borderline MSAs now receive.

Nationally, there are 392 MSAs and the new formula would demote 144 of them to micropolitan status. Arkansas has eight MSAs within its border — counting West Memphis, which is a part of the Memphis MSA — and 15 micropolitan statistical areas.

The city of Jonesboro has a population of approximately 80,000, well over the current 50,000 but below the proposed 100,000 threshold, and it is the center of the Jonesboro MSA, which includes all of Craighead and Poinsett counties. The MSA was estimated to have a population of 133,860 by the Census Bureau’s American Community Survey in 2019.

OMB’s rationale behind the statistical reset is that the 50,000 population standard has been in place since the 1950 Census. By 2019, the country’s population had more than doubled, the OMB said.

In 2018, the OMB formed the Metropolitan & Micropolitan Statistical Area Standards Review Committee to review standards adopted in conjunction with the 2010 Census and make recommendations for the 2020 Census results.

The OMB made clear that its designation of areas as metropolitan or micropolitan was “solely for statistical purposes.”

“In reviewing and revising these areas, OMB does not take into account or attempt to anticipate any public or private sector nonstatistical uses that may be made of the delineations,” the department said in a post on the Federal Register on Jan. 19. “These areas are not designed to serve as a general-purpose geographic framework applicable for nonstatistical activities or for use in program funding formulas.”

City planners and developers such as Jonesboro’s Young said that seems more than a bit naive. Young also points out that private businesses looking to relocate or expand their production lines often use MSAs as a major part of their location research.

“There are a lot of ways it would impact us,” Young said. “ Just our overall business recruitment efforts [because] many companies and many site location consultants across the country want to locate in a metropolitan area and often use MSAs to conduct their search. Part of that is because the perception is that metro areas are going to have larger and higher-skilled labor force with amenities to support that particular company.

“Losing that MSA designation would make it difficult to grow our community and grow our regional economy. It’s not just us because our MSA includes all of Craighead County and all of Poinsett County. It could certainly have a negative impact on our recruitment efforts, even on the retail side.”

Jonesboro has seen strong economic growth in recent years, even during the COVID-19 pandemic, and while Young said he doesn’t think dropping to micropolitan status would derail continued growth, it certainly wouldn’t help.

“I wouldn’t anticipate that this change would completely stop that momentum but it certainly could slow it,” Young said. “That is the reason why we used our voice to speak out against it and encouraged others as well. The rationale, I believe, is flawed. It doesn’t make sense, especially during a pandemic, to make that large of a change across the country and impact over a third of all metropolitan areas.”

The new formula is less concerning for the state’s metropolitan planning organizations that are formed and regulated to use federal funds for transportation projects.

Larry Reynolds, the director of the Southeast Arkansas Regional Planning Commission in Pine Bluff, said he has been in contact with the Association of Metropolitan Planning Organizations about how the statistical change could affect planning organizations.

Pine Bluff’s population has dropped to about 40,000, and it is the center of its MSA that has an estimated population of nearly 90,000 in three counties: Jefferson, Cleveland and Lincoln.

“The MPO may not be affected early but it could be something down the road,” Reynolds said. “The biggest issue is the metropolitan designation for MSA which is three counties. That could affect this area becoming a micropolitan statistical area.

“Everyone uses that information for funding. Eventually it is going to have an effect. When you’re looking for something and you’re looking for the top rung of the ladder, you’re going to hit those metropolitan areas first before you get to micros. The cities and chambers are more concerned than the planning areas.” 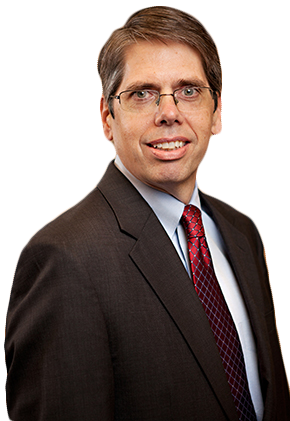 "Losing that MSA designation would make it difficult to grow our community and grow our regional economy. It’s not just us because our MSA includes all of Craighead County and all of Poinsett County. It could certainly have a negative impact on our recruitment efforts, even on the retail side."

Jeff Hawkins, the executive director of the Northwest Arkansas Regional Planning Commission, said the OMB is careful to say the change is just for statistical purposes. For certain funding programs from the Department of Transportation, an area has to have a MPO, something that could be affected by a change in MSA status.

“Whether that would affect their programs, their DOT programs, their HUD programs depends on that particular program,” said Hawkins, a former director of SARPC. “They could very well continue to say we’re going to use 50,000. It’s up to them. There’s not a good answer to who is going to be affected and how from an economic development standpoint.

“There are a lot of areas jumping to conclusions as to what this means, but it really turns on the various government programs and what they set their thresholds for grants. The economic development people will tell you they refer to that information all the time.” 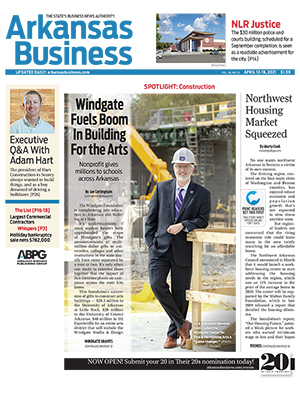