According to guardian.com, “The very first version of what would become known as email was invented in 1965 at Massachusetts Institute of Technology (MIT) as part of the university's Compatible Time-Sharing System, which allowed users to share files and messages on a central disk, logging in from remote terminals.”

In 1971, Ray Tomlinson was the first to use the “@” symbol to send messages to people rather than just a computer. According to guardian.com, “American computer programmer Tomlinson arguably conceived the method of sending email between different computers across the forerunner to the internet, Arpanet, at the US Defense Advanced Research Projects Agency (Darpa), introducing the “@” sign to allow messages to be targeted at certain users on certain machines.”

In 1978, we saw our first spam email sent to 600 recipients. As you may have expected, it was not well received.

Today, email is an attack vector and a major threat to our well-being for a multitude of reasons. Here are some interesting facts:

Re-read those last two facts — that is a lot of attacks for something we do every single day. According to phishing.org, “Phishing is a cybercrime in which a target or targets are contacted by email, telephone or text message by someone posing as a legitimate institution to lure individuals into providing sensitive data such as personally identifiable information, banking and credit card details, and passwords. The information is then used to access important accounts and can result in identity theft and financial loss.”

In order to prevent these attacks, proper cyber hygiene is a must. The best approaches are:

Email is here to stay, but managing how you utilize it is essential to your system health and overall cybersecurity posture.

Spotlight
Impact Investors Look to Do Well While Doing Good

Health Care
Drug Company OurPharma Plans for Sales Across the US

Government & Politics
Nationalizing Her Governor Run? 'You Bet I Am,' Sanders Says 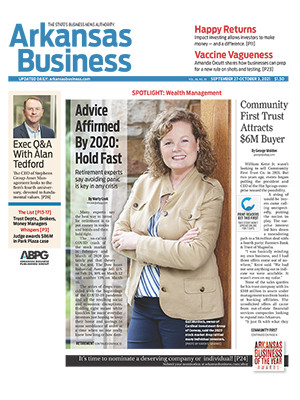