Amy Hopper has been hired as program manager by the Arkansas Research Alliance in Conway.

Hopper previously managed the I-Fund, an accelerator for scalable, early stage entrepreneurs throughout Arkansas and the Delta Regional Authority territory.

Andrew Sharpley has retired from his research post at the Arkansas Agricultural Experiment Station in Fayetteville. He is still doing some work as he transitions to retirement.

Sharpley’s research focused on conservation practices to preserve water quality. He was also one of the founders of the Arkansas Discovery Farms Program.

Sharpley is also retiring from his position as a professor in the Department of Crop, Soil & Environmental Sciences at the Experiment Station, the research arm of the University of Arkansas System Division of Agriculture, and UA’s Dale Bumpers College of Agricultural, Food & Life Sciences. 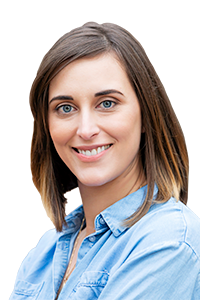 Hallie Shoffner has been named CEO of SFR Seed in Newport, while Sy Williams has been named COO, Kyle McLaughlin was named the seed conditioning plant manager and Dustin Pickelmann the research manager.

Shoffner is the daughter of the retired founders of SFR Seed, John and Wendy Shoffner. Shoffner has her bachelor’s degree from Vanderbilt University and her master’s degree from the University of Arkansas at Little Rock.

Williams has managed the research station for Syngenta Seeds. McLaughlin started his career in agriculture at Farmers’ Elevator and worked 17 years with Riceland Foods, where he managed milling, packaging and shipping.

Pickelmann started at the USDA Agricultural Research Station in Stoneville, Mississippi. He has more than a decade of experience in agricultural field research at Mississippi State and the University of Arkansas research station in Stuttgart.