Arkansas lawmakers began the legislative session in January amid fears that the lack of a state hate crimes law would tarnish Arkansas’ reputation.

As the session recessed after 108 days last week, new restrictions on trangender minors had left the state a target of scorn and boycotts, and LGBTQ activists were calling the new legislation itself a hate crime.

The backlash has most likely cost the state a multimillion-dollar collegiate baseball tournament and has certainly outraged the bike racing world, which in recent years has embraced northwest Arkansas as a riding mecca. (See Fayetteville Cites Other Issues in Cycle Race Director’s Exit.)

“This is blatantly discriminatory legislation, and it just screams at the rest of the country and the world that Arkansas, or at least its legislature, must be occupied by a large group of bigoted idiots,” said northwest Arkansas attorney Thomas Mars, a former general counsel of Walmart Inc. and an ex-director of the Arkansas State Police.

“These legislators are making us look like the Archie Bunker of America,” Mars said. “I would sum it up by saying that blatant bigotry nullifies beautiful bike trails. We’ve gone backwards in history probably 15 or 20 years.”

The Onion, a satirical news site, jokingly reported that Arkansas Act 461, a real law that forbids transgender athletes from playing for their gender-aligned school teams, would require inspectors to verify students’ genitalia. One fictional state lawmaker volunteered to do all the exams.

But the issue is deadly serious. Hundreds of outlets worldwide reported that Arkansas, one of five states to enact transgender-specific laws, was the first to ban certain health care for transgender minors. A Los Angeles Times editorial called out Arkansas for that law, Act 626, also known as the “Save Adolescents From Experimentation Act.” The Times saw it as cruel to a vulnerable group, transgender teens, who disproportionately experience bullying, attacks and suicide.

Walmart heirs and the Walton Family Foundation, among others, spoke out against the legislation, calling it harmful and a “wrong message to those willing to invest in or visit our state.” The Human Rights Campaign of Washington, D.C., published a list of more than 80 large national businesses — including Tesla, Pfizer, Delta Air Lines and Amazon — that have signed on to push back against the transgender-specific legislation and promote proposed federal LGBTQ protections.

The transgender legislation aligns with other deeply conservative bills on abortion, gun rights and voting restrictions gaining Arkansas lawmakers’ favor this year. The session, which included the override of Gov. Asa Hutchinson’s veto of Act 626, sent a defiant message from his fellow Republicans, who outnumber Democrats more than 3-to-1 in the General Assembly.

“We’ve seen iterations of this path in other states like North Carolina, which enacted bathroom bills [restricting transgender access] that Arkansas avoided in an earlier session,” said economist Mervin Jebaraj of the Walton College of Business at the University of Arkansas. “At that time [2016], the AP estimated that it would cost the state of North Carolina about $3.7 billion over 10 years.”

The economic consequences led to the law’s repeal just a year later. “The NCAA canceled events that they planned to host there for several years,” Jebaraj told Arkansas Business. “I think those are definitely the kind of impacts that we can expect.”

He cited recent examples of businesses taking action against laws they see as unfair, including Major League Baseball’s decision to pull its All-Star Game out of Atlanta after Georgia lawmakers enacted new voting laws that critics say are designed to suppress the turnout by which Democrats won the presidential and two U.S. Senate races there. “Obviously Georgia and North Carolina have more big events, and boycotts have a bigger impact in those places. We’re not as big, but the impact will definitely be felt here.”

For example, he said that an NCAA super regional baseball tournament a few years ago brought $3.6 million in spending to the Fayetteville area. The transgender legislation has certainly doomed Fayetteville’s bid for a similar tournament this year: On April 12, the NCAA issued a statement supporting transgender rights, and major LGBTQ rights organizations like the Human Rights Campaign are pushing for a specific pledge not to hold events in states with discriminatory laws.

On the other hand, Little Rock and state tourism officials announced Friday that Little Rock will be hosting a non-NCAA collegiate championship for the next three years. Details had not been released by Arkansas Business’ press deadline Thursday.

The American Medical Association has condemned the new transgender laws, and Dr. Michele Hutchison, chief of a transgender medicine clinic at Arkansas Children’s Hospital, told The Associated Press that some of her patients’ families are now considering moving out of state.

Other States Join In

Randy Zook, CEO of the Arkansas State Chamber of Commerce, said he doubted the backlash would have much of a lasting impact, in part because Arkansas isn’t alone. Similar legislation has passed in Alabama, Tennessee and Mississippi, and an executive order with almost identical effects was issued by Gov. Kristi Noem in South Dakota.

Human Rights Campaign President Alphonso David said last week that his group has been tracking “more than 250 anti-LGBTQ bills around the country this year.”

The sheer number should deflect some heat from Arkansas, Zook said. “These bills are going to move all over the country, in many states, and that will temper or reduce the attention on Arkansas,” he said.

Jebaraj offered a counterpoint. “Certainly other states are doing this, but there are plenty that aren’t doing this at all,” he said. “If the NCAA had to choose between hosting an event in Arkansas, Alabama or Colorado, they’re just going to pick Colorado. They already have a much bigger tourism infrastructure for holding big events anyway.”

“You look at a list of rankings, and we’re near the bottom of it,” Jebaraj said. “All of that has consequences for companies in Arkansas that are trying to recruit workers. We ended up being the first state in the country to ban medical care for trans kids. That’s not the list that we want to be No. 1 on, and it got a lot of coverage. Obviously the biggest impact is on the kids themselves, but businesses are certainly going to feel that.” 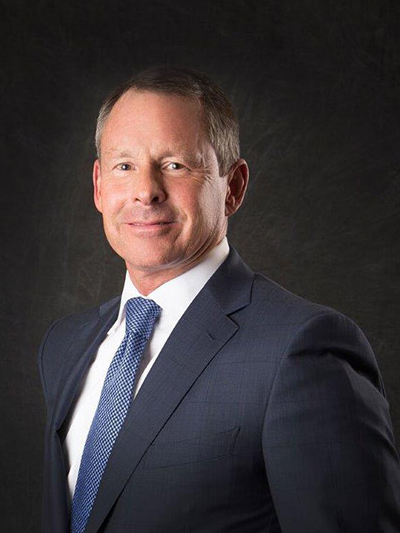 Mars, who said he kept his politics out of the public eye before becoming passionate about “legislative bigotry,” said Walmart built itself into the world’s top retailer by investing in people worldwide, and he’s proud to be recalled as a champion of diversity from his 11 years at Walmart, which ended in 2013.

“I was involved in recruiting to the highest levels in northwest Arkansas, and these prospects are diverse, well-informed people. If you’re a professional in Chicago, New York, San Francisco, London, wherever, you’ll know about this legislation aimed at transgender people. And even if you’re not transgender, if you’re a gay man or woman being recruited to Walmart, or even a person with brown or black skin, you’re going to look at this bigotry and ask, ‘Am I next?’”

Supporters of the legislation say they oppose hormone-blocking therapy for minors as a form of experimentation at odds with traditional family values. They have found support among the General Assembly’s most fervent culture warriors, and in Jerry Cox of the Family Council, a faith- and family-values advocacy group in Little Rock.

But critics of the new laws insist that health care decisions should be left to the students, their parents and their doctors. And both Mars and David, the Human Rights Campaign leader, called the sports participation law “a solution in search of a problem.”

“You could have surveyed the entire population of Arkansas before the session and asked them to list their top 25 concerns, or even 50 concerns, and not a single one would have said, ‘You know, my big concern is these transgender kids competing in sports,’” said Mars. “This is not a problem, and they can’t even point out a single case where a transgender player has tried to get a competitive advantage.”

Even as he counts on businesses to oppose the new laws, David stressed that economic impacts pale in comparison to human consequences.

‘Blood on Their Hands’

“What these legislators are doing is deplorable, and they will have blood on their hands,” David said, noting that 44 transgendered people were murdered last year in the United States. “These legislators should know that they are advancing bills that devalue the trans community.”

Rumba YambuÃ, director of strategy and communications for Intransitive, a rights group in Little Rock, told Salon.com that the legislation is “a state-sponsored hate crime and state-sponsored violence. Whenever your representatives stand there and talk about how they have to save children from becoming like me, what are they trying to say about me?”

Mars, who says he’s perhaps the only person to have worked directly for Hillary Clinton and for Mike Huckabee, said he’s talked with Arkansas Civil Liberties Union Director Holly Dickson about plans to challenge the laws as unlawfully discriminatory. He predicts that transgender Arkansans will sue, and that they’ll find “a consortium of some of the best trial lawyers in the state willing to work with them, probably pro bono.”

Outside the courts, businesses are applying pressure, but Mars said there’s a limit to what corporations can achieve in confronting laws that may be popular with their customers. While Walmart might be constrained, heirs like Tom Walton, a grandson of Walmart’s founder and an architect of northwest Arkansas’ bicycling boom, have greater latitude to speak.

“Tom was really stridently opposed and vocal about the transgender discrimination, and the foundation was as well,” Mars said. But he said suggestions that Arkansas’ corporate elite could have stopped the legislation by issuing ultimatums were doubtful.

“I think [Walmart CEO] Doug McMillon could have put out a public statement along with Mrs. [Johnelle] Hunt and the Tysons saying that Walmart, J.B. Hunt and Tyson Foods were all going to pull up stakes and leave Arkansas, and these boneheads in the Legislature would have continued down this path nonetheless,” Mars said. “Not just because they’re old bigots, but because they seem to lack the capacity to understand the devastating impact this is having on the state.”