by Judy Simmons Henry and Meredith Lowry
Article sent successfully!
We were unable to send the article.

With the fall and winter athletic seasons completed and spring sports well underway, Arkansas is poised to parallel or outpace its competition using a new recruiting tool — the ability for student-athletes to receive compensation for the commercial use of their publicity rights.

Under the Arkansas Student-Athlete Publicity Rights Act, which the Legislature approved on April 21, players can now be paid for the use of their name, voice, signature, photograph or likeness in advertising and promotion of businesses and products. The act is effective Jan. 1.

Historically, the NCAA Board of Governors has not allowed college student-athletes to earn money, including money from the licensing of publicity rights. The NCAA has removed those boundaries, leading Alabama, Florida, Mississippi, New Mexico and now Arkansas, to pass laws that allow players to earn money if they license their publicity rights.

Arkansas' act is designed to give athletes an even playing field and the same commercial potential as student-athletes in other publicity-rights friendly states in the Southeastern Conference, though it's not a slam dunk that the NCAA won't continue to weigh in on this issue.

Recently, four college basketball players — all from states without a similar publicity rights act — requested that NCAA President Mark Emmert endorse a blanket waiver for the coming academic year on name, image and likeness (NIL) rights. While Emmert didn't agree to endorse a waiver, his comments indicate there may be more discussion on an NIL waiver over the coming year.

The Arkansas law is similar to the state's 2016 publicity rights law, the Frank Broyles Publicity Rights Protection Act, in that it protects all Arkansans' publicity rights. But the new act has additional provisions of which student-athletes and their agents should be aware.

People familiar with social media and advertising trends know that the commercial value of publicity rights is normally limited only by the ingenuity of individuals. But for student-athletes some restrictions apply.

For example, if a student-athlete enters into an agreement requiring an endorsement or advertisement of any business "during a varsity intercollegiate athletic practice, competition or other activity," the contract is void. Athletes also may not contract with a party whose interests conflict with an agreement of the student's university or college.

There are additional notice requirements to the school in the act, and a list of activities and products — like tobacco and alcohol — that a student-athlete cannot endorse. Likewise, a student-athlete is prohibited from using the trademarks, uniforms or mascots of the university or college the player attends.

Given the changes in NCAA regulations, the implementation of the Arkansas act and the popularity of Arkansas sports, Arkansas student-athletes are sure to take advantage of the opportunity to leverage their name, image or likeness. But we recommend caution when selecting a knowledgeable agent to ensure compliance with applicable laws and regulations. 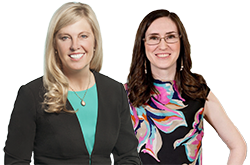 Judy Simmons Henry is a longtime partner at Wright Lindsey Jennings in Little Rock, leading the business litigation team and its sports law practice, where she represents D-1 college football coaches. Meredith Lowry is a registered patent attorney in WLJ's Rogers office. Her intellectual property practice centers around retail business and the protection and licensing of IP rights. Under the new law, Henry, Lowry and WLJ Sports Law will represent student-athletes.