by Mark Friedman and Kyle Massey
Article sent successfully!
We were unable to send the article.

As Arkansas’ fledgling medical marijuana industry passed $300 million in cumulative sales, its licensing system for cannabis businesses was taking fire in court, not least for granting a cultivation license to a company that didn’t legally exist.


Lawsuits against state agencies overseeing licensing and enforcement — the Medical Marijuana Commission and the Arkansas Department of Finance & Administration — have proliferated since Arkansans voted to legalize medicinal cannabis in 2016. But suits challenging new cultivation licenses granted last year echo a longstanding complaint: Licensing has been inconsistent, resistant to precedent and vulnerable to influence.

Court filings point out that Storm Nolan of Fort Smith experienced radically different outcomes last year after applying for licenses for two different LLCs he created in 2017 and dissolved in March 2019. The MMC granted a cultivation license to River Valley Production LLC in June, apparently unaware that the company had been dissolved more than a year earlier. In December, the five-member commission threw out a dispensary application from Nolan’s other company, River Valley Sales, on the grounds that the LLC was defunct.

Nolan had filed the companies’ dissolution papers simultaneously with the Arkansas secretary of state’s office in 2019, making them dead entities under Arkansas law.

“It was two separate scenarios in which the Commission acted on information available at the time,” said Scott Hardin, a spokesman for the Arkansas Department of Finance & Administration and its Alcoholic Beverage Control Division, which enforces cannabis industry rules.

At the time it granted the cultivation license, “commissioners were not aware of any issue regarding a dissolved corporation,” Hardin said. “It was simply not a factor as neither the commissioners or ABC were aware at that point.”

By the time the dispensary license was considered six months later, objections had gone public and the commission heard testimony on the dissolved LLCs. “Letters were also submitted to the Commission prior to the meeting,” Hardin wrote in an email. “This resulted in the Commission denying the license.”

From Nolan’s perspective, the matter is settled, he told Arkansas Business. His license is in force, and he’s building his cultivation center near the Fort Smith Regional Airport.

After creating the companies and applying for the first round of cultivation and dispensary licenses, Nolan was rejected for both in 2018. But his entries scored well enough to join a reserve pool of applicants.

His decision to dissolve the LLCs in 2019 should have made both the entities ineligible, plaintiffs challenging the state licensing process argue. They say the commission was arbitrary and capricious in favoring River Valley, which does business as River Valley Relief Cultivation. In particular, plaintiffs point to the state’s disparate treatment of Nolan’s two applications.

When Nolan challenged the disqualification in Pulaski County Circuit Court, the Arkansas attorney general’s office filed a motion to dismiss. 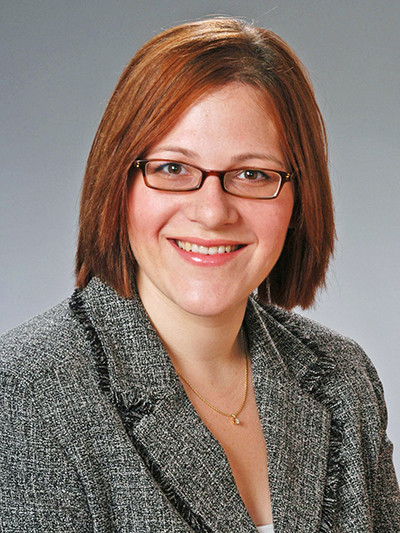 “The MMC’s Rules require an applicant to be legally authorized to submit an application on behalf of an entity and require other paperwork verifying the application, and it is axiomatic that an entity in ‘dissolved’ status with the Arkansas Secretary of State is not legally authorized to conduct business in the State of Arkansas,” said the motion from Senior Assistant Attorney General Jennifer Merritt.

His attorney, Stephen Smith of Smith Cohen & Horan of Fort Smith, declined to comment. But Nolan pointed out that the attorney general’s office, in contrast to its stand in the Pulaski case, is vigorously defending River Valley’s cultivation license in current litigation, including a suit filed in January in Pulaski County Circuit Court by 2600 Holdings LLC of Little Rock, doing business as Southern Roots Cultivation.

“Of course the state attorney general is defending the licensing process and arguing that the MMC followed their rules and regulations,” Nolan said in a telephone interview. “There’s really nothing to see here.”

Represented by Cross Gunter Witherspoon & Galchus of Little Rock, Southern Roots argues that as an active business, it should have received the cultivation license instead. The suit asks for River Valley’s license to be revoked and awarded to Southern Roots.

Merritt, representing the state, moved to dismiss the suit, pleading that the commission wasn’t aware of the business dissolution when it granted the license. “Absent such knowledge … there is no basis upon which to challenge it here,” Merritt wrote. Nolan has paid a $15,000 license fee, posted a $100,000 performance bond and “now has a property interest in his license that cannot be taken away absent due process of law,” Merritt wrote. She also noted that the state enjoys sovereign immunity against most actions.

Nolan said he hopes the judge will dismiss. “That issue, whether or not our entity was dissolved, that has been completely resolved with the ABC, so that is behind us,” he said. “The state has issued us a license to cultivate medical marijuana, and we’re obligated to do that within a certain time frame. We are moving right ahead to fulfill that. We hope to plant this summer and harvest in the fall.”

In November 2016, Arkansans voted to amend the state Constitution to legalize medical marijuana, and legislation created the Medical Marijuana Commission to license companies to grow and sell cannabis products.

Applying for a license was costly, involving hundreds of thousands of dollars, but the licenses were almost guaranteed to be valuable. Since the first dispensary opened in May 2019, about 85,000 Arkansans have spent $303.5 million on 45,286 pounds of medical marijuana.

The MMC was authorized to issue from four to eight cultivation licenses, and in summer 2018 it initially granted five. In announcing the licensees, it also named the next three high scorers: Nolan’s River Valley Production, Southern Roots Cultivation and New Day Cultivation LLC of Hot Springs.

About eight months later, on March 20, 2019, Nolan filed his papers with the secretary of state’s office, listing “business never started” as his reason for dissolving the LLCs.

The first of the legal challenges to gain legs against the MMC was a 2018 suit by Carpenter Farms Medical Group LLC of Grady, the only 100% black-owned applicant. The cultivation application was scored by the commission but later disqualified by the ABC, which cited failures in the application. Had it not been disqualified, Carpenter would have had the sixth-highest score.

Carpenter Farms sued the state in 2018, saying a “scrivener’s error” in its application was similar to minor problems in applications the state accepted.

Breaking from a judicial pattern of accepting state medical marijuana policy decisions, the Arkansas Supreme Court eventually ruled in Carpenter’s favor, finding that the commission had violated equal protection requirements, racially discriminating against Carpenter Farms. Then the state, in essence, offered Carpenter Farms a license in exchange for dropping the lawsuit.

On June 5, 2020, the attorney general’s office settled with Carpenter Farms by reinstating it as the sixth-highest scorer, placing it in line for the next cultivation license. Later last summer, the commission awarded the last three licenses to Carpenter, Nolan’s River Valley Production and New Day, which is building its facility in Hot Springs.

Two commissioners voted against the last two licenses, apparently swayed by testimony that the state had not proved any great need for a bigger cannabis supply.

People of color, Murphy said, have paid a higher legal toll for marijuana infractions. “We earned it with our blood, sweat, tears, our prison sentences,” he said.

Seeing Bias in the System

Griggs, like Neal a member of the Arkansas Black Hall of Fame, backed him when he filed a 2018 complaint about the licensing system with the Arkansas Ethics Commission. His argument centered on former Marijuana Commission member Travis Story’s ties to one of the five cultivation licensees, Osage Creek Cultivation LLC of Berryville.

Story, a Fayetteville lawyer, had worked for the Osage Creek’s owners on business and land-use matters not related to cannabis, the Arkansas Democrat-Gazette reported at the time. The Ethics Commission ruled that Story’s actions on the cannabis panel did not qualify as a procurement matter under state law and was thus beyond its purview.

In another widely publicized case involving a failed applicant, Naturalis Health, Arkansas Attorney General Leslie Rutledge wrote a June 2018 letter to Chief Justice Dan Kemp of the Arkansas Supreme Court describing “unsubstantiated” allegations of impropriety in the licensing system, including the possibility that a commissioner had been offered a bribe.

The letter, first reported by KHBS of Fayetteville, reported that the unnamed commissioner said he had not taken the bribe but also hadn’t reported it. There was no law requiring him to do so, Rutledge said, but she added that the commissioner gave the applicant “the second-highest score he awarded to any entity,” significantly higher than scores applied by the other commissioners.

“We have no evidence that the commissioner took the bribe or based his scoring on the offer,” the letter said. “Still, we believe we needed to provide these facts to the tribunal.”

After River Valley received its license, Nolan, through his attorney, worked to restore the name at the secretary of state’s office, but it was rejected as too similar to the earlier filing. Less than a week after the license date, Nolan registered the name River Valley Production with the state once again, but the filing number on the document differs from the number assigned to the entity in 2017, making it a different company legally.

The original five cultivators also filed suit against the state over the new grow licenses. Among the arguments: State officials didn’t follow their own requirements for demonstrating the additional cultivators were needed. The original cultivation licensees, Bold Team LLC of Cotton Plant, Osage Creek Cultivation LLC of Berryville, Delta Medical Cannabis Co. of Newport, Good Day Farm of Pine Bluff and Natural State Medicinals Cultivation LLC of White Hall, are suing in Carroll County Circuit Court. Arguing that the cultivation licenses awarded last year should be revoked, they are represented by Casey Castleberry of Murphy Thompson Arnold Skinner & Castleberry of Batesville and the Fuqua Campbell firm in Little Rock.

The licensees also echoed Southern Roots’ complaint that the commission lacked legal authority to issue a cultivation license to a dissolved entity.

The attorney general’s office has asked that the case be dismissed.