by Blake Rutherford
Article sent successfully!
We were unable to send the article.

Little Rock’s future is up for a vote on Tuesday. Mayor Frank Scott Jr.’s sales tax proposal is a bold, forward-thinking effort to improve the quality of life across the entire city. As of this writing, the proposal faces considerable opposition.

That is strange considering that in November 2018 Little Rock voters demanded change. What is this sales tax if not a response to that call to action?

Forbes ranked Chattanooga the No. 1 city for job growth in 2020, noting that, “Of the many Southern cities posting net employment outlooks well above the national average — among them Charleston, South Carolina, and Little Rock, Arkansas, both of which boast outlooks of 28% — none is set to offer more opportunity than Chattanooga, Tennessee.”

Chattanooga has a freshwater aquarium, a thriving music scene, pedestrian bridges, hiking trails, a revitalized downtown and a historic hotel that travelers seek out. Trade the aquarium for a zoo and I’d be describing Little Rock.

What’s the difference? In my view, money and confidence. The sales tax embodies both.

The sales tax calls for millions to be invested in the Port of Little Rock, an inland port that is accessible to rail, road and runway. Not to overstate it, but this is a game-changing asset for the city. Fortunately, the port’s success will not come at the expense of other local community-based needs; Scott’s plan includes a Neighborhood Empowerment Fund to bolster hyper-local projects.

The sales tax would also fund youth sports initiatives. Youth sports is an enormous business, and Little Rock has not been able to compete in that arena for decades. There are exponentially better indoor and outdoor youth sports venues peppered outside the city limits. Tournaments, and millions of associated tax dollars, will never flow into the city without investment.

Scott’s plan would also improve public safety. Let’s be clear: Little Rock’s crime problem existed before I graduated from Little Rock Central High School 25 years ago. City gangs, immortalized in two “Bangin’ in Little Rock” films, drugs, economic blight and violence have challenged the city since the 1990s. It may be right that adding more police is the answer; the 1994 Clinton crime bill put 100,000 more police on the streets nationwide, including in Little Rock, and crime in the city fell.

We have learned a lot about the outcome of that policy and the terrible effects on incarceration rates of Black men. It is important to be careful and cautious about this policy and the motives underlying it.

Regardless, the sales tax distribution for public safety alone will not solve this challenge. Population growth, workforce opportunity and a belief in the quality of the city are essential parts of the solution matrix. In that respect, the ambition underlying the sales tax is admirable because it considers a holistic approach.

Perhaps the boldest aspect of the sales tax is the investment in early childhood education, a strategy that also aligns with Republican-led state government. As a result, Little Rock can leverage existing programs and partnerships.

Based on every discernable metric, bolstering disadvantaged children ages 0-to-2 will lead to a stronger and safer Little Rock. Experts believe it is paramount to invest in children as early as possible. Short-term costs are more than offset by immediate and long-term benefits, including reducing the need for special education, remediation and social services. Investment also leads to better health outcomes, lower criminal justice costs, improved productivity and increased self-sufficiency.

A Time to be Bold

Change also means having the vision and confidence to think long-term. In Scott’s case, it means moving beyond traditional brick-and-mortar projects that have driven the city’s thinking over the past 20 years. In those cases, sunset tax measures were valuable tools because the projects were specific and temporary.

This sales tax is different. It is designed to stimulate the long-term health and vitality of the city. It is impossible to put a completion date on quality of life.

A city board vote to defeat the sales tax on Tuesday will signal to the people of Little Rock that city directors are uninterested in bold, deliberate action. It may even usher in a period of city-wide malaise at a time when other rising Southern cities are reinvesting in economic and human capital, building enthusiasm and momentum, and accelerating their post-pandemic growth strategy. 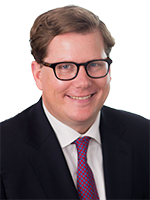 Blake Rutherford, a native of Little Rock, is the co-founder and executive editor of SourceStream, the nation’s first interactive, bipartisan political live streaming network. He lives in Washington, D.C. You can email him here.