by Heather Nelson
Article sent successfully!
We were unable to send the article.

For much of America, 2020 was the epitome of turmoil. One beacon in the gloom was the nation’s renewable energy industry. Against all odds, the solar sector experienced extraordinary growth. Last year, the U.S. brought 19.2 gigawatts of solar power online, approximately 43% of the total electricity-generating capacity added, according to the Solar Energy Industries Association.

And the industry forecast remains bright. The SEIA notes solar is “set for a series of record years until 2024” thanks to friendly federal policies, including extended investment tax credits, and “growing demand from utilities, states, corporations, and distributed solar customers” in rural and urban America. Over the next decade alone, the national nonprofit trade association predicts the U.S. will install an additional 324 GW of solar power — three times the current amount.

But as with every industry, there’s a caveat to these rosy predictions. As we’ve witnessed firsthand in Arkansas, maintaining the solar sector’s strong trajectory will require a sustained commitment to smart pro-renewable energy initiatives. And that must start at the local and state levels. Consider the recent 93rd General Assembly.

During the record-breaking 108 days of the session, renewable energy advocates were forced to work overtime to protect our state’s inevitable all-electric future. Along with grassroots organizations and environomentalists, the Arkansas Advanced Energy Association fought House Bill 1055 and Senate Bill 23, which sought to authorize electric cooperative corporations to self-regulate without Arkansas Public Service Commission oversight. If passed, this legislation would have created an unlevel playing field with potentially devastating long-term impacts on Arkansas consumers and the state’s solar businesses.

In another victory for the AAEA, clean energy supporters and the public, House Bill 1787 failed. It would have allowed electric utilities to skirt current net-metering rules set by the PSC. These policies have empowered Arkansans to obtain long-term control of their energy futures, fueling an increase in residential and commercial solar adoption statewide.

Arkansas’ electric vehicle market was finally given the government support and financial backing it needs to grow. President Joe Biden’s American Jobs Plan would enhance the global competitiveness of the U.S. EV market, incentivize buying American-made EVs and create 500,000 EV chargers by 2030. Act 781, formally Senate Bill 632, allows the Arkansas Department of Energy & Environment to build on the momentum by setting up an Electric Vehicle Infrastructure Grant Program to build charging stations in Arkansas.

This investment in our state’s EV infrastructure could not come soon enough. According to the U.S. Department of Energy’s Alternative Fuels Data Center, Arkansas ranks 42nd in the U.S. for EV outlets and last in overall electric vehicle adoption. Today we have just over 200 charging stations, mostly in central and northwest Arkansas. Thirty-seven counties have no outlets at all — harming our overall connectivity, economic development and tourism.

Unfortunately, among these legislative wins were also some misses. Several bills concerning solar tax advantages were introduced late in the session and did not make it into law. But the AAEA has set its sights on similar bills for the future, including a potential sales and use tax exemption and updated tax procedures for qualifying solar or renewable energy equipment. In the meantime, we will continue to promote initiatives to ensure a more secure, clean and affordable energy supply for our state’s residents.

Arkansas is on the cusp of a clean energy revolution. We can’t afford to let our foot off the accelerator now.

As we did in the recent legislative session, the AAEA remains committed to supercharging this already thriving industry — and the state’s economic prospects — by supporting pro-renewable energy policies. We hope Arkansas legislators and other leaders will join us in meeting this critical economic mission. 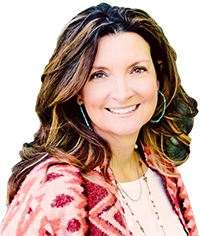 Heather Nelson, incoming board chair of the Arkansas Advanced Energy Association, is the co-founder and president of Seal Solar and partner at Evolve Auto, both of North Little Rock.