A strong economy and attractive amenities have made northwest Arkansas a popular destination for many in the past decades.


The influx of residents into Washington and Benton counties — the two most populous of the three-county metropolitan statistical area — is a positive for the region but is not without its complications.

Officials appreciate their cities growing in size but know it means more thoughtful long-term planning will be required.

And when long-term planning doesn’t help the current needs, city officials improvise on the fly.

Having more people creates more strain on resources such as sewer and water and more traffic congestion, not to mention the difficulty of finding affordable places for all of the newcomers to live.

“It’s a matter of just keeping up, doing the best you can with what you’ve got,” said Mike Bender, the public works director for Bentonville.

The growth of the two significant population counties of northwest Arkansas has been far more than an overnight trend. It is something that has happened daily, steadily, for more than 20 years.

“Growth like this doesn’t catch us flat-footed because we have been in growth mode for decades,” said John McCurdy, director of community development for Rogers.

In 2000, the combined population of the two counties was slightly more than 266,000. In 2019, the U.S. Census Bureau estimated that Benton County’s population surpassed that with more than 279,000; Washington County followed with an estimated 239,000 residents.

The Northwest Arkansas Council predicts that the region’s population will surpass 600,000 by 2023.

“It has been going on for a while,” Bender said. “We had a big boom in the early 2000s. We never really stopped. It was continuing, and then in 2011 and 2012 it picked back up. The surprise this time is how long and strong it has gone.

“Usually you have these waves where it hits, then goes down and then hits you again and then goes down. The bigger issue here is it is a very strong wave. We are doing everything we can to stay on top of it and keep our heads above water.”

One specific strain on the region involves its water source, Beaver Lake.

Bill HagenBurger, the COO of the Beaver Water District, said the organization is well aware it has to deal with the ever-increasing population of northwest Arkansas.

Plans are in the works for a new pump station west of Interstate 49 just outside of Elm Springs.

The Beaver Water District sells water wholesale to the four major cities of the area and many of the smaller towns, serving approximately 358,000 customers. The Western Corridor facility is a $110 million project that will add 65 million gallons of daily capacity.

“The biggest challenge is just keeping up with it,” HagenBurger said. “It’s making sure you have the infrastructure and the treatment capacity and distribution capacity needed to supply the quantity of water being demanded by the people moving in.”

Chris Brown, the public works director for Fayetteville, said the city wants to add another water line to the Beaver Water District’s facility in Lowell. It would add capacity and redundancy.

“Typically, cities are always in catch-up mode,” Brown said. “We don’t get a lot of opportunities to get ahead of things, and we have to be more reactionary than we would like. That’s just the way it works.”

Bentonville has multiple studies on how to best manage its water and sewer needs for its growing population. Bentonville and nearby cities have issued bonds to help fund some of the improvements, and Bender said having an overall long-term plan helps a city prioritize the best way to upgrade infrastructure.

“There are a lot of projects for streets and drainage that are in the works to accommodate some of this growth,” Bender said.

“You want a long-term plan. You don’t want to do the little hodge-podge stuff and have to come back and redo it. Sometimes that is your only option because you need to get it to a decent level of performance before the plan is going to be ready.” 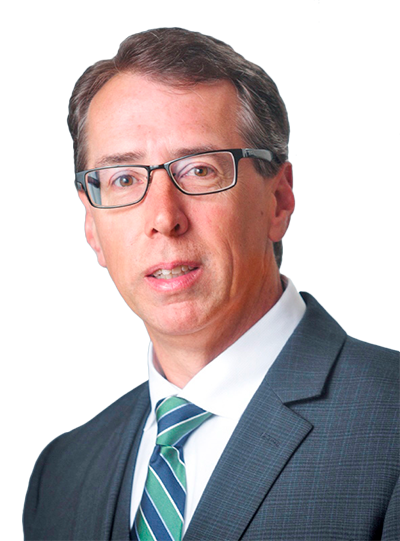 “The biggest challenge is just keeping up with it. It’s making sure you have the infrastructure and the treatment capacity and distribution capacity needed to supply the quantity of water being demanded by the people moving in.”

Most residents of northwest Arkansas will readily tell you the most obvious consequence of all the growth the area has undergone in recent years: traffic.

The expansion of Interstate 49 from four to six lanes has helped speed the commute between Fayetteville in the south to Bentonville in the north.

There is less success in alleviating some of the congestion inside each city or from some of the east-west traffic from each of the four main cities to their outlying bedroom communities.

“About three years ago we completed a transportation master plan that updated our master street plan, so we are poised to handle growth in terms of transportation,” McCurdy said.

“It’s all relative; there are a lot of cities around the world where transportation is a lot worse than it is here. But that is little comfort to someone who is on his third round of red lights during rush hour. I don’t mean to suggest that we have this nailed and we are just cruising along.”

In Fayetteville in particular, traveling from east to west is a problem, Brown said, because Mount Sequoyah, the University of Arkansas and the interstate form barriers.

Part of the increased housing costs in northwest Arkansas stems from transportation factors: Places easier to drive to and from cost more, and people want to live where the commute is easier.

“As the city continues to expand in an east-west direction, trying to get people from one side of town to the other is always going to be a challenge,” Brown said. “It is not getting any easier.”

Long-term planning helps prioritize projects because, in the real world, money is an object. Bond issues, taxes and user fees generate revenue for cities but rarely enough for every project improvement on the wish list.

McCurdy said transportation issues will be a major challenge for northwest Arkansas for years to come.

“The biggest challenges are obviously housing stock and the ability of our infrastructure to handle the increased stress of more people,” McCurdy said.

Average Water Needs Projections
In millions of gallons per day