A tight housing inventory and continued low interest rates are fueling the mortgage industry in Arkansas.

A year ago, Arvest Bank crossed the $2 billion mark in mortgage volume in late June. This year, the bank soared past that mark in May, the earliest in company history.

Mortgage lenders throughout the state have benefited.

Earlier in the COVID-19 pandemic, there was a rush of loan refinancing, including many by homeowners stuck at home because of quarantine and deciding it was a perfect time to remodel or add to their existing home.

This year, as vaccinations have eased quarantine restrictions, homebuying has surged back. Matt Kendall, CEO of Arvest’s mortgage division, said refinanced loans are unchanged from a year ago, but continued low interest rates — still around 3% for a 30-year fixed mortgage — are making up for low inventory numbers on the ground.

“We are seeing just tremendous volume,” Kendall said. “[Rates] are driving activity still. We have some awesome tailwinds. There are extremely low interest rates and the economy in general, especially in northwest Arkansas, is booming.”

The hot housing market has raised concerns and comparisons to the housing crash of 2008. Mortgage experts say the current boom is different from the one that crashed 13 years ago, creating the Great Recession.

“There is a lot of economic news that we all have to follow and be cognizant of,” said Scott Hancock, the Northwest Arkansas Division president for Conway’s Centennial Bank. “Everybody wants to compare it to 2008, [but] the difference between 2008 and now is strictly inventory levels. There are thousands of vacant lots on the ground this time, and there are hundreds of houses on the ground. With our population growth that continues from outside the market [moving] into northwest Arkansas and the level of inventory, yes, it seems sustainable.”

The tight inventory market that keeps prices high in a strong-demand environment is what makes experts worry less about a crash caused by hyperactive building and buying.

While the tight market may keep a crash at bay, it certainly makes for stressful days for potential homebuyers. In northwest Arkansas, buyers are finding, in many cases, that a home’s list price is really just the opening bid.

“It is elementary Economics 101 supply and demand,” Kendall said. “The inventory shortage is the headwind.”

Kendall said he knows of a colleague who listed a home for sale and had more than 20 showings and 15 offers over the course of a weekend. It is the definition of a seller’s market.

“Anything under $300,000 sells like boom,” Kendall said. “Who would have ever thought that $250,000 to $300,000 would be considered affordable housing in northwest Arkansas? That is something we are going to have to work on in the future to be successful.”

Kendall said Arvest’s mortgage division is reaping the benefits. By comparison, Arvest originated $1.1 billion in mortgages by June 30, 2019, well before the start of the pandemic.

That number rose to $2.1 billion for the first six months of 2020, the second half of which was after the onslaught of the pandemic. So far in 2021, Arvest has originated $2.5 billion.

Simmons Bank saw its mortgage division generate $616 million in loans in 2020, up from $339 million in 2019. Publicly traded Simmons is scheduled to release its second-quarter earnings later this month so company officials were unable to discuss 2021 results.

“What we are finding is, as rates have stayed low, property values have really increased,” Powell said. “In the first quarter of the U.S. housing industry, home equity went up 30%. That is staggering. That isn’t in Arkansas, but we have seen robust appreciation.”

Kendall said Arvest has seen similar growth in mortgages and housing prices throughout its market footprint, which is primarily Arkansas, Oklahoma, Missouri and Kansas.

“Who knows where these numbers would be without these headwinds of inventory, especially single-family homes?” Kendall said. “We are seeing all sorts of price increases. A lot of this will settle down when the market settles down.”

A suitable home on the market will attract competitive offers from multiple buyers, but the market itself is generating competition as well.

Mortgage lenders said online lenders have increased their presence and efforts in the market, especially the high-growth areas of central and northwest Arkansas. First National Bank of Fort Smith entered the northwest market in 2014 and has seen its business grow in comparison overall to its River Valley business, where it has a much more established brand. 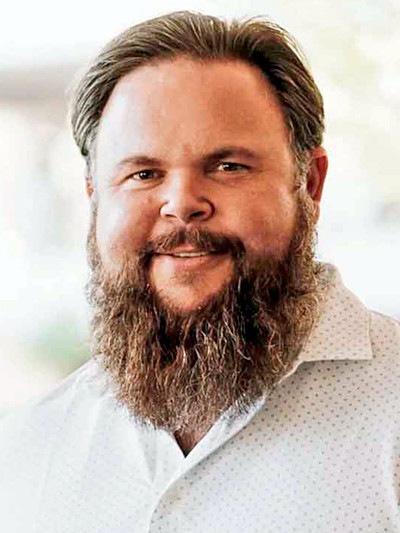 “Northwest Arkansas is a market you can grow in, but, at the same time from a competitive standpoint, it is one of most competitive markets to be in,” said Jason Hedden, senior vice president and mortgage manager of First National Bank in Rogers. “Every bank out there wants to be in northwest Arkansas.”

The steep increase in housing prices is a concern for mortgage lenders. At some point, the high demand will cause many homes to become unaffordable for many potential buyers if supply doesn’t catch up and modify the imbalance.

“We don’t have enough resale homes out there because people are saying, “Where will I go?” Kendall said. “There are not pockets of the right amount of supply out there.”

In northwest Arkansas, there has been a surge in construction in outlying towns such as Centerton, Farmington, Prairie Grove and Pea Ridge. While homes there are more modestly priced than those in the major urban centers of Bentonville and Fayetteville, the commute time can add to the costs of living, and prices in the bedroom communities are rising, too.

“In rural markets and in all the major cities, they all have their own dynamic, but they are all doing really well,” Hancock said. “What we are seeing from sellers is you better be prepared to pack when you put your home on the market. You better have your U-Haul boxes because you are going to have an offer within 48 hours.

“There is a lot of runway in the market, but there is not a whole lot of product sitting on the ground.”

“We haven’t seen enough new construction over the last few years,” Powell said. “Last year, you had a record number of people deciding they wanted to move into the market. I would have thought COVID would have shut everything down.

“But the key is that there is just not enough housing for the demand, especially for newer homes for people who are getting into their first-time homes. Some of them are really priced out of that.”