For the past 20 years, a half-cent for every buck spent in Newport has pumped millions of dollars into local economic development, helping to stem an exodus and turn Jackson County into a commuter destination for 3,000 incoming workers per day.

“I think the tax has been THE difference in creating those jobs in Newport,” said Jon Chadwell, executive director of the Newport Economic Development Commission. “When people here go to the store, they want to pay that half penny on the dollar, because they know that it goes to economic development. When we get a new factory, everybody can kind of pat themselves on the back for being part of an economic development team that makes things happen.”

Newport Mayor David Stewart, who was police chief when the economic development tax first passed, said July’s vote affirmed that residents are confident the proceeds are being well spent. He also said Chadwell “is one of the most excellent economic development officials anywhere,” and that’s public knowledge.

The town, whose big industry a century ago was producing buttons from the shells of the White River’s freshwater mollusks, first looked to industrialize after World War II, when farm automation left many hands out of work. Housing and hangars at the deactivated military air base northeast of town became selling points, and Newport recruited manufacturers like Trimfoot Shoe, Revere Copper & Brass and Victor Metals, once the world’s largest maker of aluminum toothpaste tubes.

But as the local cotton and timber industries contracted, the population settled for a generation, peaking at 8,339 in 1980. By the 1990 census, the town had just 7,459 residents, following the path of many shrinking rural towns. Its population didn’t rise above 8,000 again until last year, to 8,005.

“We’re growing again, in contrast to most Delta towns, and the people see an economic development team that’s highly involved,” Stewart told Arkansas Business. “Everybody realizes that, and sees that the money is spent well. That’s why the tax passed again.”

It is now scheduled to expire in April 2032.

Half of the tax proceeds are required to go for capital improvements, but Newport has committed more — about 55% — to projects. The remainder pays for administrative costs, including salaries for Chadwell and his team of three: Julie Allen handling Chamber of Commerce functions, Courtney Baker overseeing the books, and Christel Taylor leading marketing and public relations. 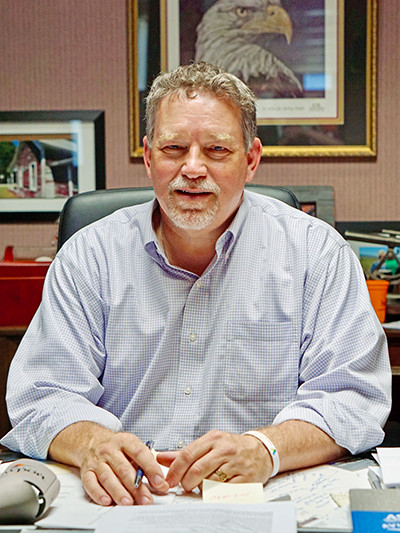 The economic development money goes to industry recruitment, grants for community development and businesses moving in, and infrastructure pieces that support commercial and industrial development, Chadwell said. “We just bid out projects to improve two industrial roads [Van Dyke Road and Comet Drive] at a cost of about $170,000.” The company paving Comet Drive, Hawkeye Enterprises Inc. of Newport, is also rebuilding a motor speedway in the airport industrial park north of Arkansas State University-Newport.

Over two decades, tax proceeds helped land new industries but also bolstered existing enterprises looking to expand, city officials said. “From a jobs perspective, we brought in Southwest Steel Processing, and now they’re at about 145 jobs and heading into an expansion that will leave them at 225 jobs,” Chadwell said.

“We brought in Gränges [an aluminium technology company developing lighter, more sustainable products], and they’re at 85 jobs, on their way to 125 jobs paying an average wage of $28 an hour. We helped Shearer’s Foods grow from 145 employees to almost 500 workers, making corn-based snack chips.” Delta Manufacturing Inc., a startup that makes livestock, cargo and equipment trailers, has grown to about 100 employees. 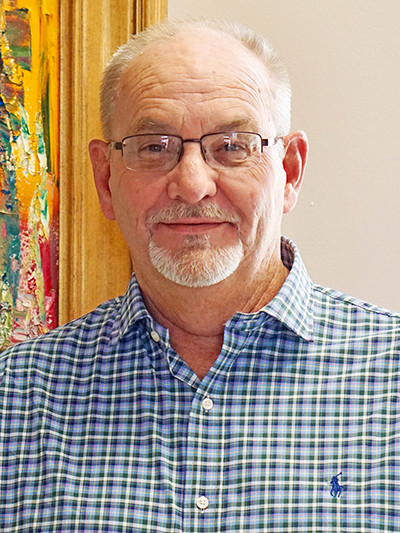 Mayor Stewart said Chadwell rescued the aluminum factory jobs single-handedly by offering Norandal USA Inc. incentives to keep its Newport manufacturing facility going a little over five years ago. Then in August 2016, Gränges acquired Norandal’s aluminum rolling operations as part of a Chapter 11 reorganization. “If Jon hadn’t kept the Norandal factory going, we never would have had Gränges.”

The tax, which Stewart and Chadwell called a powerful advantage for the city, is a rarity in Arkansas. Two state agencies, the Arkansas Municipal League and ASU’s Delta Center for Economic Development all struggled last week to list localities with similar levies.

“We do know that there aren’t many like Newport’s, which is specifically an ED sales tax that went to a vote,” said Alisha Curtis, director of communications for the Arkansas Department of Commerce. “There are quite a few communities that use some form of sales tax revenue to fund economic development — whether it be a contract with their Chamber or [economic development organization], or a percentage of a general sales tax that is earmarked for ED, but those didn’t go to the voters.”

Department research found specific voter-approved economic development taxes beyond Newport in Clark County, which recently tied its tax’s proceeds to a highway bonding project, Wynne, Crossett, Mississippi County, Woodruff County and Paragould, which has the only permanent such tax in the state. “West Memphis and St. Francis County have a mechanism in place that was voter approved that allows them to collect sales tax only if they have a project in hand,” Curtis added.

The Arkansas Department of Finance & Administration, which collects local taxes and remits them to localities, tracks only the total amount of local sales and use taxes, said spokesman Scott Hardin. “We do not have any report or way to distinguish the portion that may be dedicated to economic development,” he said.

‘Skin in the Game’

Newport’s tax does several things, Chadwell said, “including giving you a place to go for matching funds,” Chadwell said. “If you’re going for a $2 million federal grant, you’ll need $200,000 if it’s a 10% match. Well, with the economic development tax, we have that money.”

Chadwell can dip into the fund to offer local incentives on top of state industrial inducements. “If we can add maybe $500,000 to the state incentive, that just gives us a leg up on the competition,” he said.

Utility partners, state economic development agencies, siting specialists and companies also “take Newport a little more seriously because we have skin in the game,” Chadwell continued. “There are other ways to get community buy-in. You can do fundraising and get people in the community to give money. But the biggest benefit of funding economic development through a tax is that it’s a steady revenue stream. You’re not crippled if a big donor drops out.”

Having matching money was crucial in developing Newport’s Tech Depot and Downtown Technology Park, a collaboration among the NEDC, the Arkansas Center for Data Sciences and Arkansas State University-Newport. The state-of-the-art $3.1 million information technology training hub is set to rise next door to the NEDC-Chamber building on Hazel Street downton. The apprenticeship program seeks to build a “world-class workforce” to attract new tech companies. While the new building is going up, the Tech Depot is housed in the historic Iron Mountain Railroad Depot on a steadily revitalizing Front Street.

“We continue to work with industrial prospects, and to work with existing companies,” Chadwell said. “And with a lot more people commuting into town to work, we’re trying to make Newport a community that more people would like to call home,” Chadwell said. “Housing is a big issue, so increasing housing stock will be a huge part of that effort, along with infrastructure, whether roads or utilities or other projects. We have to get the people who are working here to consider living here, and that, too, is economic development.”

One-half percent sales levy was first collected within the Newport city limits in 2002 and has raised nearly $7 million over the last 10 years.